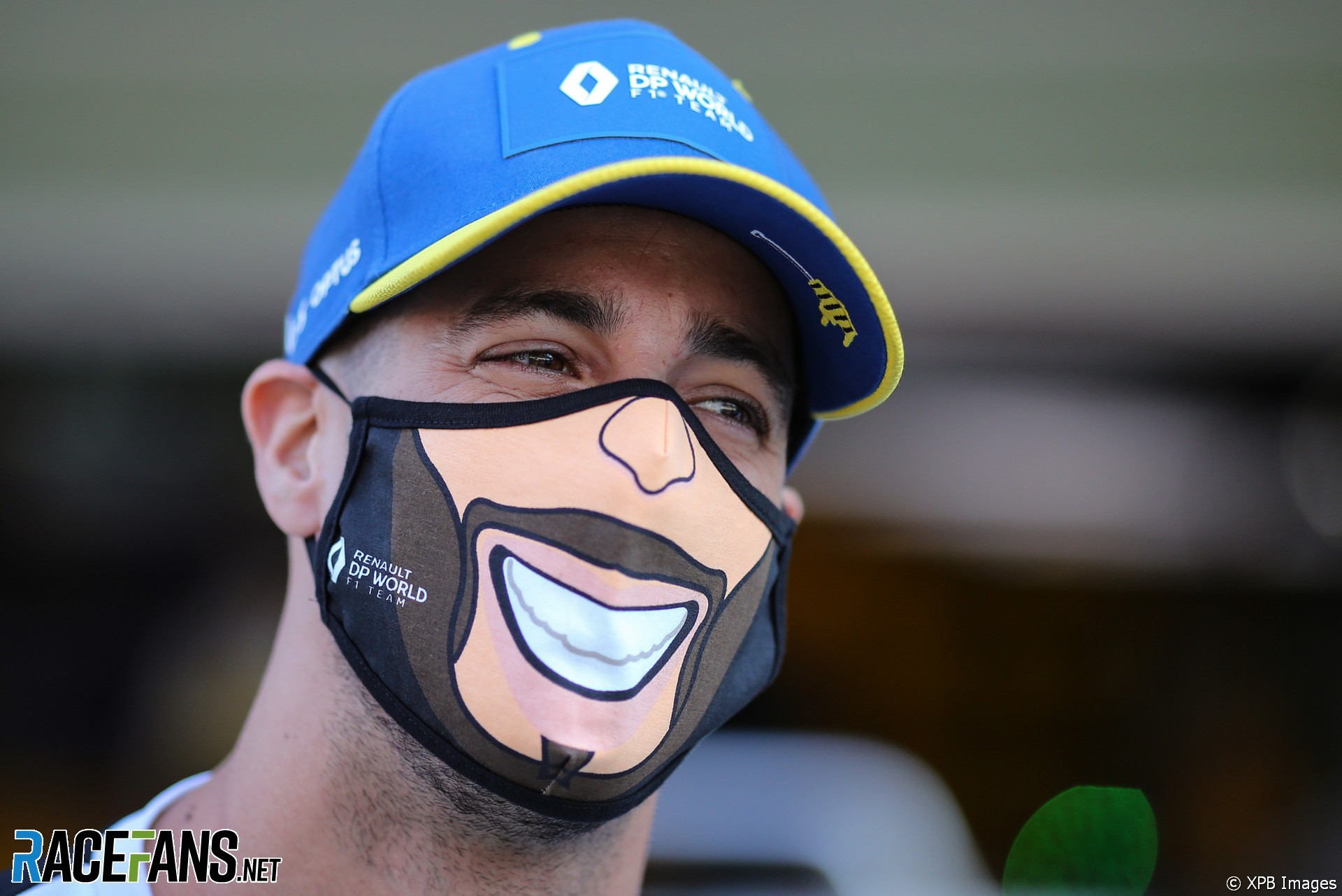 In the round-up: Daniel Ricciardo says his fifth place finish in the drivers championship shows the extent of the gains Renault have made since he joined them.

Ricciardo, who will join McLaren for the 2021 F1 season, said he’s pleased with the progress made during his two years at Renault:

This year, although shortened, it was such a such a chaotic year, but actually a really strong one. And I’m really pleased with how far we’ve come, both myself and the team.

Fifth in the drivers championship, obviously there’s no award for that, but I think it speaks for itself in the turnaround we made this year.

John Paul Jnr saved my life in 1984. This impact stopped me hitting the wall without the front on the car. Sadly the @IMSA champion is now gone. RIP my friend pic.twitter.com/pV0D13ndnf

😅 Ever wondered how an @F1 driver would do on a normal indoor go kart center starting last? Here is how the smooth operator does. @CSainz_Karting
–#Carlossainz pic.twitter.com/cOhJJEi9gE

"He has a 10-year contract with Toto Wolff. He is a Mercedes junior. We were looking for an interim solution for a year. Perez is the much better option."

"The governing body is aware of the need for organisers and participants to plan for 2021 and is seeking urgent responses from government to establish clear guidance."

"The signature guarantees the celebration of the 31st consecutive edition of this event at the Circuit de Barcelona-Catalunya."

"Paul Jnr’s last full season of competition came in 2000, with Dyson, prior to his diagnosis of Huntington’s disease, a fatal genetic disorder that causes the progressive breakdown of nerve cells in the brain."

We are family: Sato delivered on promise to RLL with Indy victory (IndyCar)

"I went to AJ Foyt for four years and then with Michael Andretti to win a ‘500,’ every single time, Bobby and Mike would ask, ‘When are you coming back?’ It’s not a joke, Mike Lanigan made an absolute commitment. That is why I’m so grateful and so thankful to him."

"A photo has nothing to do with signing a contract. It was a social meeting and at that time, nothing was 100% definite."

Will trimming pre-race practice by an hour really make much difference?

I fail to see what reducing the track time by an hour on Fridays is supposed to accomplish. All the work to get the teams and cars to the track remains the same.

Presumably, all the normal garage crew and other staff will still be in attendance, and the hours required to prep the cars for the track won’t change.

I suppose that costs might be reduced slightly by perhaps having a few less car damaging practice incidents? Save a few bucks on fuel? As the actual team work load will hardly change at all, I just don’t get it.
@Schooner