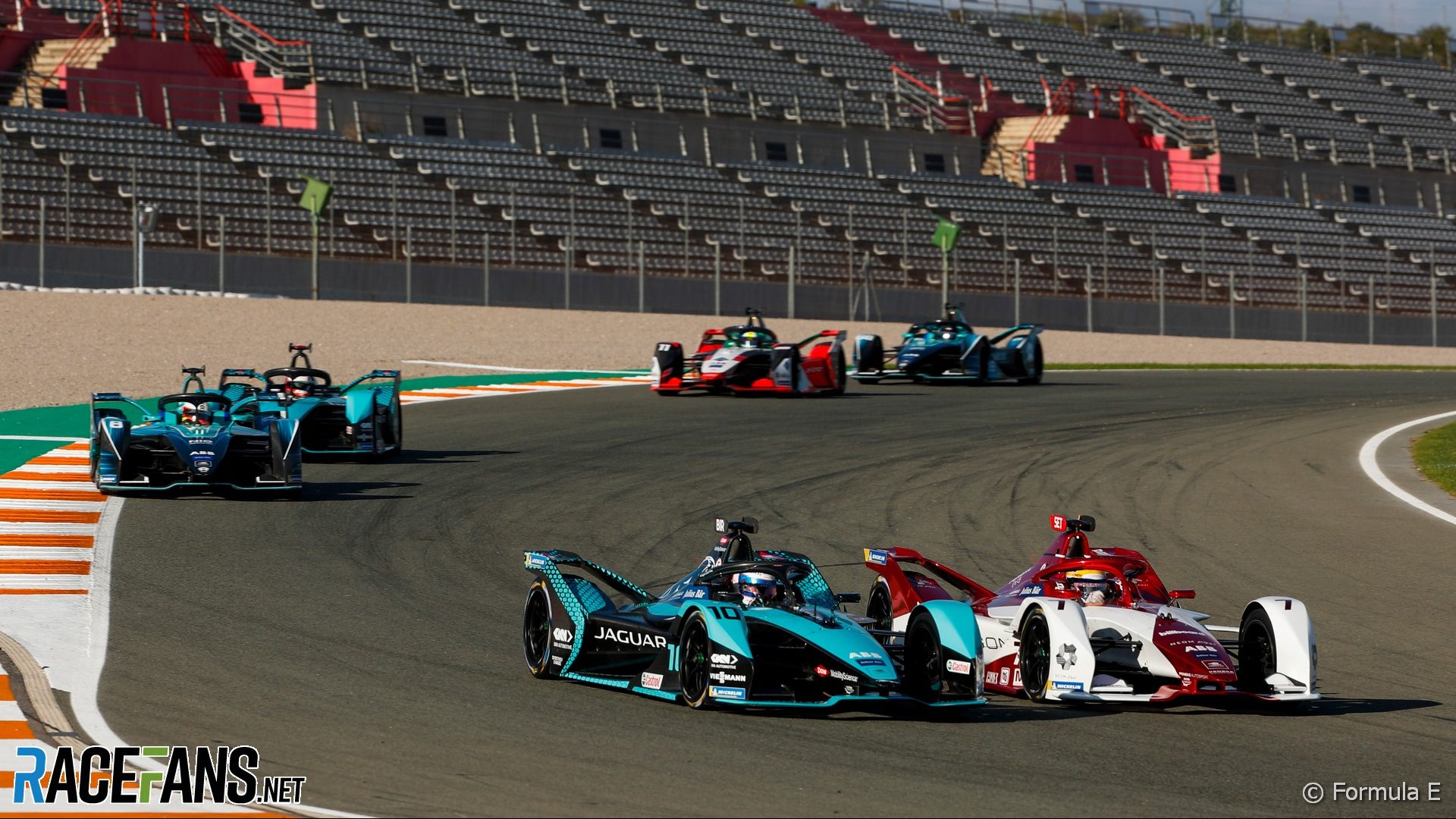 Formula E has announced its first ever race on the Valencia Ricardo Tormo circuit as part of a reorganised calendar of events for 2021.

The series, which has previously raced on street tracks, will hold the fourth round of its 2021 season at the permanent circuit in Valencia. Formula E will use a new configuration of the circuit which it has tested at in recent seasons, and which Formula 1 last visited for testing 10 years ago.

The move comes as Formula E has scrapped plans to hold a race in Paris this year, while its events in Sanya and Seoul have also been postponed.

The championship therefore intends to follow its previously-announced double-header in Saudi Arabia next month with a race in Rome’s EUR district in April. The Valencia race, Formula E’s first championship round to be held in Spain, will take place two weeks later.

Formula E has also announced it will race in Monaco and Marrakesh in May. A double-header in Santiago, Chile, will follow on the first weekend in June. A further update on the championship is planned in early spring.

“We are committed to delivering a global calendar that befits our first season as a world championship,” said Formula E CEO Jamie Reigle. “We are working closely with all our partners across teams, manufacturers, sponsors, broadcasters and host cities to adapt to external circumstances and ensure the health and safety of everyone involved.

“We will do so while maintaining what fans love most about Formula E: unpredictable racing, iconic locations and the blend of the real and virtual worlds, all underpinned by our race for better futures.”