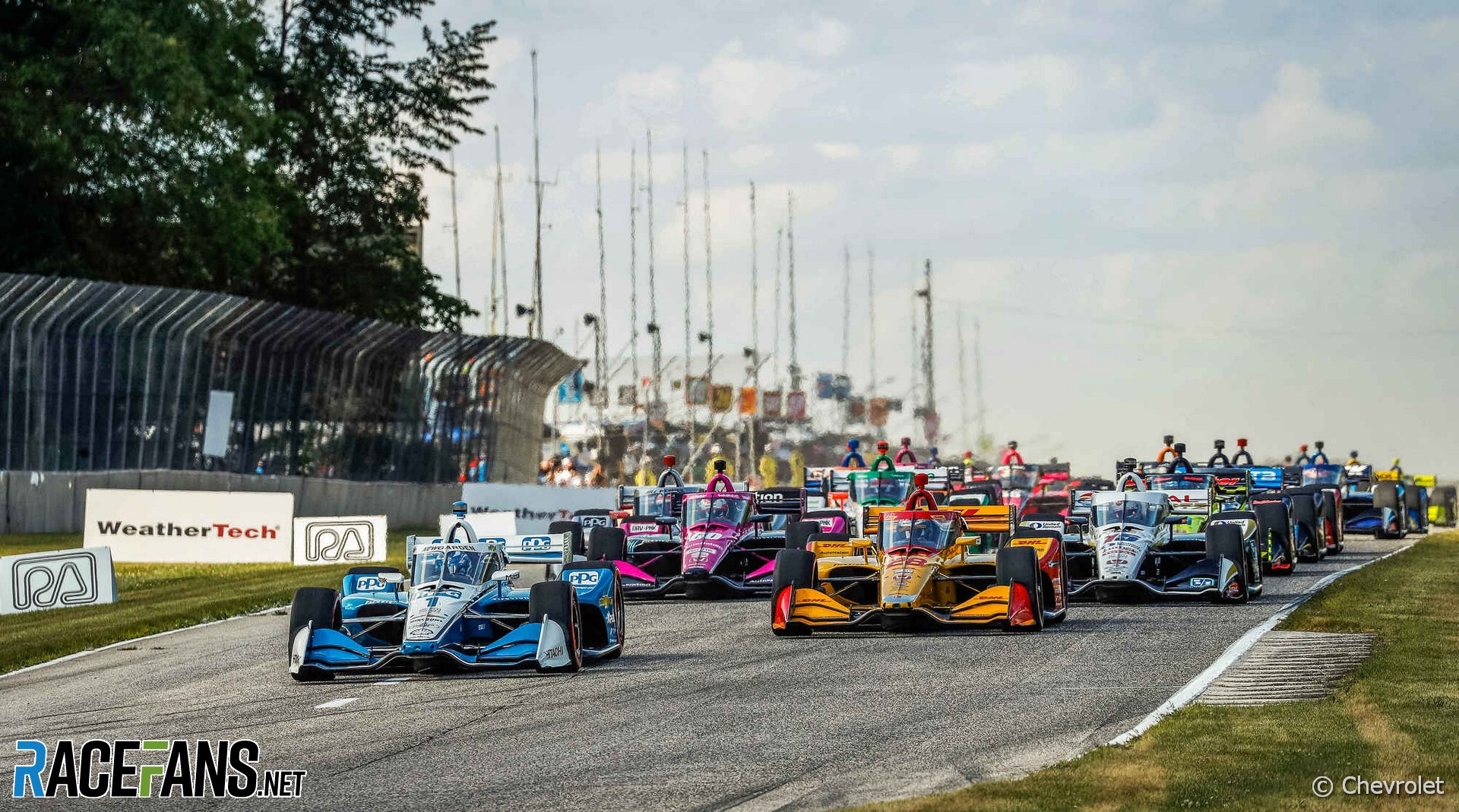 Romain Grosjean’s move into IndyCar racing is the latest in a series of additions which bolster the driving strength in America’s foremost single-seater championship.

The former Renault, Lotus and Haas F1 driver, with 10 podiums to his name, will go up against a field which includes eight different title-winners at this level. He won’t race in the Indianapolis 500, or any of the four races on ovals, but the series nonetheless features nine drivers who have won its most famous race.

In addition to Grosjean, IndyCar has also attracted two major names from the tin-top racing worlds of NASCAR and Australian Supercars.

The 2021 contenders are led by reigning champion Scott Dixon, who won the championship for the sixth time last year, at the age of 40. His Ganassi team has expanded its squad this year to bring in NASCAR ace Jimmie Johnson, winner of seven Cup titles, who like Grosjean will race on all the road and street courses. His car will be taken over for the four oval rounds by the team’s third 40-something, Indianapolis 500 winner and IndyCar champion Tony Kanaan.

Former F1 driver Marcus Ericsson, who encouraged Grosjean to investigate the series, remains part of their line-up. The team has also made an astute hire in the form of Alex Palou, who showed potential in a range of junior categories and took third place in only his third IndyCar start for Coyne at Road America last year.

IndyCar’s other powerhouse teams are also fielding four full-season cars. Penske’s enviable line-up includes arguably the best driver in IndyCar today, two-times champion Josef Newgarden, plus a pair of drivers each with an IndyCar and Indy 500 title to their names: Will Power and Simon Pagenaud. Their roster is completed by Australian Supercars ace Scott McLaughlin, who won that championship for the last three years running and is starting his first full IndyCar season.

Meanwhile Andretti have slimmed down their roster from five to four following the exits of Zach Veach and Marco Andretti, the latter having failed to sustain the flashes of potential he demonstrated at the beginning of his career. He will return for the Indianapolis 500 only.

While Andretti have two Indianapolis 500 winners on their books – ex-Manor F1 driver Alexander Rossi and 2012 IndyCar champion Ryan Hunter-Reay – Colton Herta has distinguished himself as one of the series hottest young properties. He won his third start at Circuit of the Americas in 2019, and placed third in the championship last year. Another IndyCar race winner, James Hinchcliffe, is back in a full-time seat for 2021.

Herta ended last season just five points ahead of another emerging IndyCar star, Pato O’Ward. The 21-year-old, in his first full season with the newly-formed alliance between McLaren and Schmidt Peterson, did everything but win a race, taking a pole position and a trio of second-place finishes.

Felix Rosenqvist, who passed O’Ward with two laps to go at Road America last year to seal his first IndyCar win, reinforces their driver line-up this year. With Fernando Alonso fully committed to F1 once again, McLaren SP will enlist the services of 1999 CART champion and two-times Indianapolis 500 winner Juan Pablo Montoya for the big race in May.

Takuma Sato scored his second Indianapolis 500 win last year and carries on for another season alongside Graham Rahal at RLL. The pair finished sixth and seventh in the standings last year, Rahal ahead.

At Foyt, Grosjean’s fellow Frenchman Sebastien Bourdais, a serial title-winner in the final years of Champ Car before its merger with the Indy Racing League which formed the current series, is back for a full season.

With Helio Castroneves returning for another attempt to score a fourth Indianapolis 500 win with Meyer Shank, alongside the impressive Jack Harvey in a full-time seat at the team, the 2021 IndyCar grid is not short of elder statesmen or talented youngsters. In Grosjean, it now also has an F1-grade talent who is starved of success after 10 years without a win and five without a podium. It adds up to arguably the series’ strongest grid of its post-reunification era.