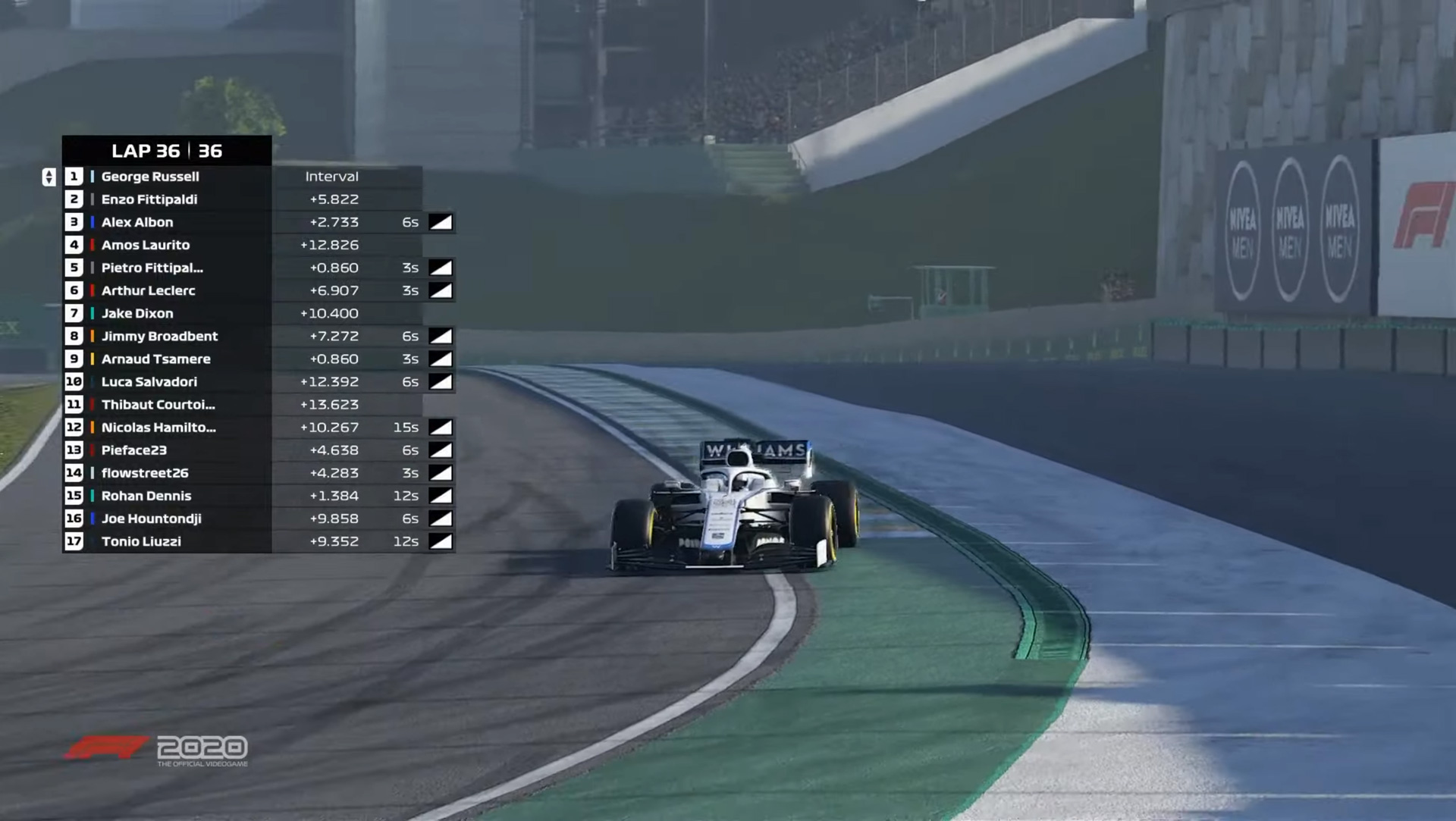 In the round-up: George Russell won the final Virtual Grand Prix race of the three-round season, while Enzo Fittipaldi and Haas finished as top scorers.

Despite lining up a lowly 14th on a grid decided by the results of the Esports Pro drivers’ race, Russell was up to third place by the end of the first lap. A first corner crash involving Arthur Leclerc, who was knocked into a spin after taking the lead, delayed several of his rivals.

Russell took the lead by lap three and was never seriously threatened for victory from there on. He came home ahead of Enzo Fittipaldi, who ended the series as top driver on points having won the opening round which Russell missed. Fittipaldi’s Haas team won the championship and claim the largest share of the $100,000 prize pot for the charity of their choice.

Alexander Albon collected a time penalty for track limits abuse on his way to third, as did 12 of the 17 finishers. With Nicholas Latifi sitting out the final race, Russell was the only active F1 driver on the grid at the end of the series, which didn’t attract any of the 2021 roster besides the Williams pair.

Otmar Szafnauer: "In Turkey (Stroll) drove over a kerb, a part came off that slid under the front wing and made him aerodynamically compromised."

"It was really hard last few weeks. We had a couple of calls with him a couple of days before his passing, and right away it didn’t take long for us to build such a great relationship. He mentioned a lot of times what he did with Fernando Alonso at the beginning of Alonso’s career, when he made the same investment pretty much."

Is there a realistic chance we may see a rookie champion in Formula 2 this year?

Unlike the new wheels last year, the sophomore drivers won’t have to unlearn anything, and that will make them a bigger threat compared to rookies. I expect Shwartzman, Zhou, Lundgaard and Drugovich to be among the main protagonists this year, and if Carlin can maintain the same form they ended the year with, I see them being a threat with Ticktum and Daruvala as well.

Piastri might get lucky that he’s getting to drive for a team that is competitive and can actually run two cars equally competitively, unlike ART, which makes it much trickier for Pourchaire.
@Wsrgo