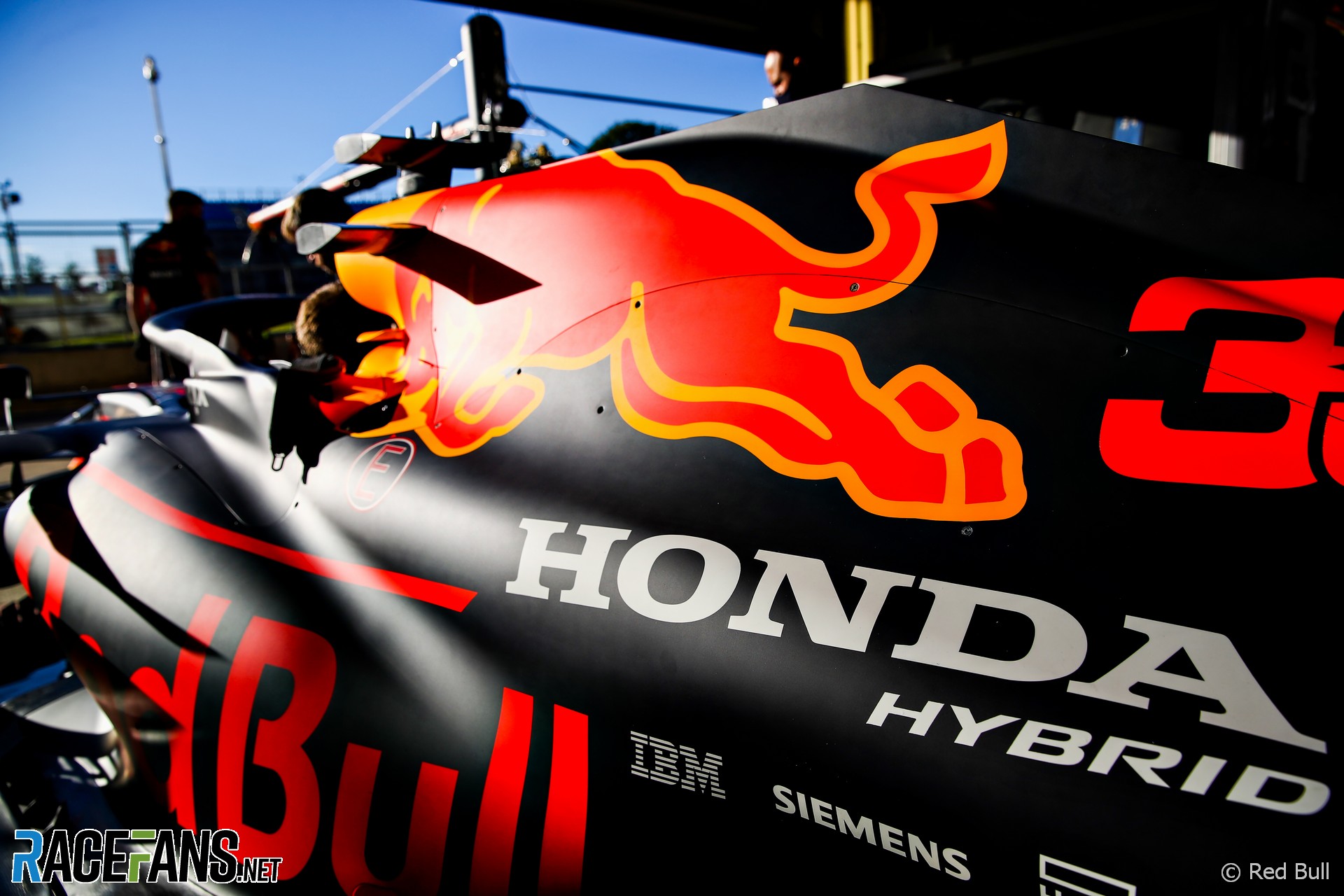 Red Bull will take over the branding of Honda’s power units after the Japanese manufacturer leaves the sport at the end of the year.

The team announced today it will continue using Honda engines in the 2022 F1 season and beyond, forming a new company known as Red Bull Powertrains to handle the maintenance and production of the power units.

The team previously rebranded its customer Renault power units after sponsor TAG Heuer before its switch to Honda engines in 2019. However team principal Christian Horner confirmed its 2022 power unit will be known as a “Red Bull engine.”

“As far as badging is concerned, there’s no discussions underway regarding that,” Horner confirmed in response to a question from RaceFans. “So it will be a Red Bull engine.”

The same is likely to apply to the same engines used by sister team AlphaTauri, Horner added. “We haven’t gone into specifics yet but I would envisage so. It’s a Red Bull engine.”

“As Mercedes is a Mercedes it will be an incorporated part of the car,” he added. “So it’ll just be a ‘Red Bull’.”

Formula 1 announced last week engine development will be frozen from 2022. Honda will continue to develop its power unit for Red Bull before then, said Horner.

“Honda are continuing to operate as usual this year and will stay committed to Formula 1 to the 31st of December,” he said. “During which time they’re obviously working with our fuel partner ExxonMobil on it, which they’re currently doing, with the development of the E10 fuel, which is obviously the biggest regulation change into next year.

“So it’s business as usual very much for the 2021 year. And obviously the engine will then be handed over for pre-season testing this time next year.”