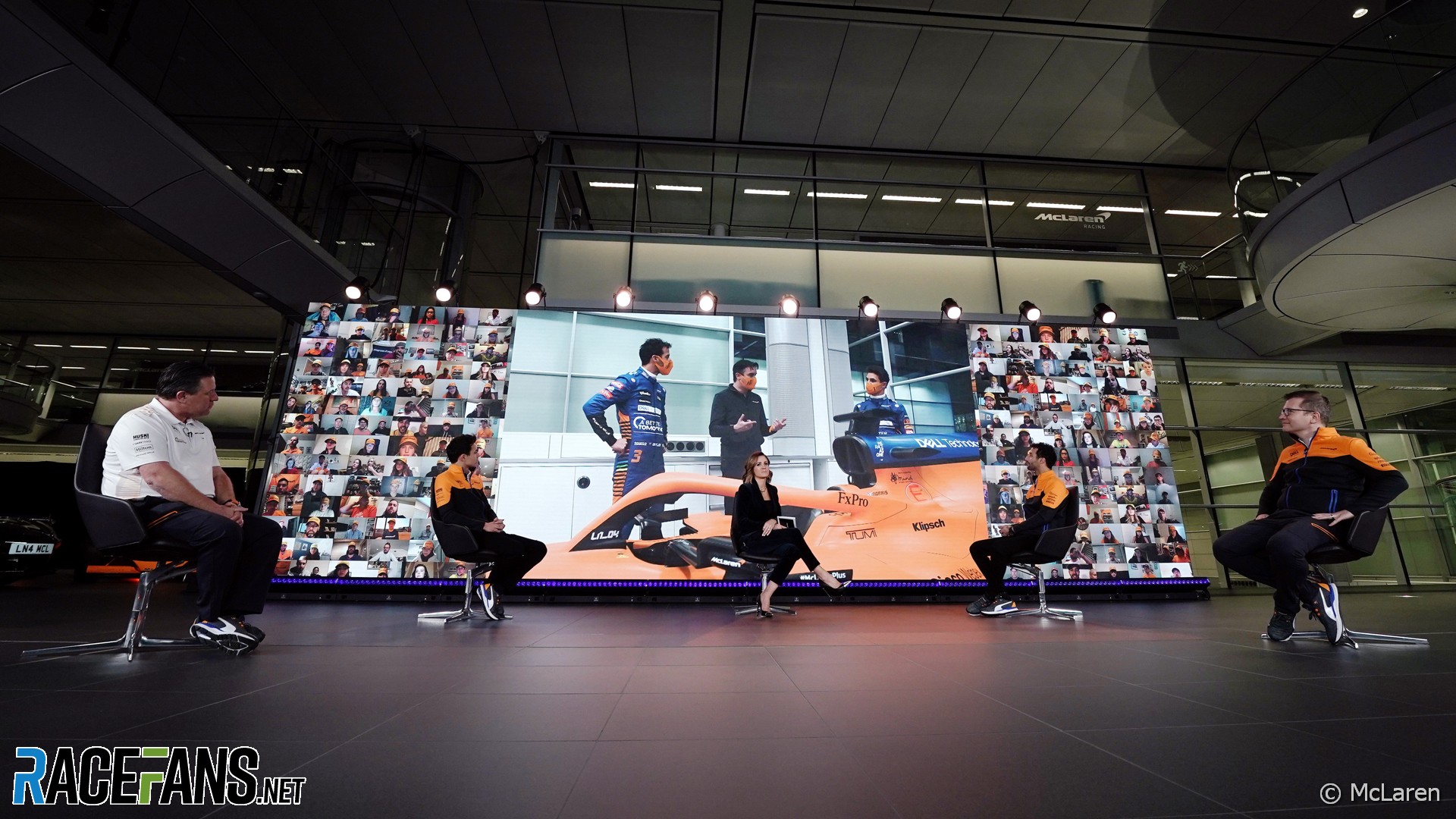 McLaren Racing CEO Zak Brown says the team’s switch to Mercedes power units for the 2021 F1 season won’t immediately put them in contention for the championship.

The team finished third overall last year, its best result since 2012, when it was also powered by Mercedes. McLaren and its drivers won four titles with the manufacturer between 1995 and 2014.

But despite switching from Renault power to the world champions’ engines for the new season, Brown expects McLaren will remain in a closely-knit midfield contest this year.

“The field is unbelievably close,” said Brown. “I think challenging for the championship, it would be unrealistic given the journey that we’re on.

“All we can hope for and are striving for is to close the gap to Mercedes, who we anticipate to be the fastest team, again, in ’21. The rules haven’t changed significantly. So I don’t think 2021 will look much different from 2020 for the entire grid other than expecting it to get even closer.”

McLaren narrowly emerged ahead in a three-way fight for third in the championship with Racing Point (now Aston Martin) and Renault (now Alpine) at the end of last season.

“We went into Abu Dhabi with the ability to finish third, fourth or fifth and I think it’s that close and I anticipate it being even closer this year,” said Brown. “It’s too competitive to give any sort of prediction.”

McLaren last used Mercedes power units in 2014, the first year of the V6 hybrid regulations. They became Honda’s works engine partner the following year, only to end that deal after three unsuccessful seasons.

They have used Renault engines for the past three seasons. Team principal Andreas Seidl said reuniting with Mercedes would bring several advantages for the team.

“In the end the target for us was clear, that we wanted to get the championship-winning power unit at the back of a car, which is obviously the most competitive one which is available to us.

“I think probably also compared to the past in terms of how the regulations are worded nowadays, they ensure that you get exactly the same treatment as a customer as the works team gets. Also we have a lot of trust in that regard to Mercedes.

“Independent of that, I think also the way the FIA is ensuring that the policing of these regulations, so making sure that these regulations are fulfilled, I think the FIA has made a great step in terms of monitoring the different power units and how they get used by the different teams. So we are definitely convinced that we are in a position, once we are there as a team, that the Mercedes power unit can help us to win races again in the future, definitely.”

However Seidl believes the team have much more to do than switch power units to compete for championships again.

“At the same time I think it’s important to make sure we focus on ourselves. We still have a long way to go on the team side.

“We are happy with the progress we could make the last two years but at the same time, we know there’s still a lot of things we need to get in place first on the infrastructure side, on the team side before we actually battle for race wins again.”