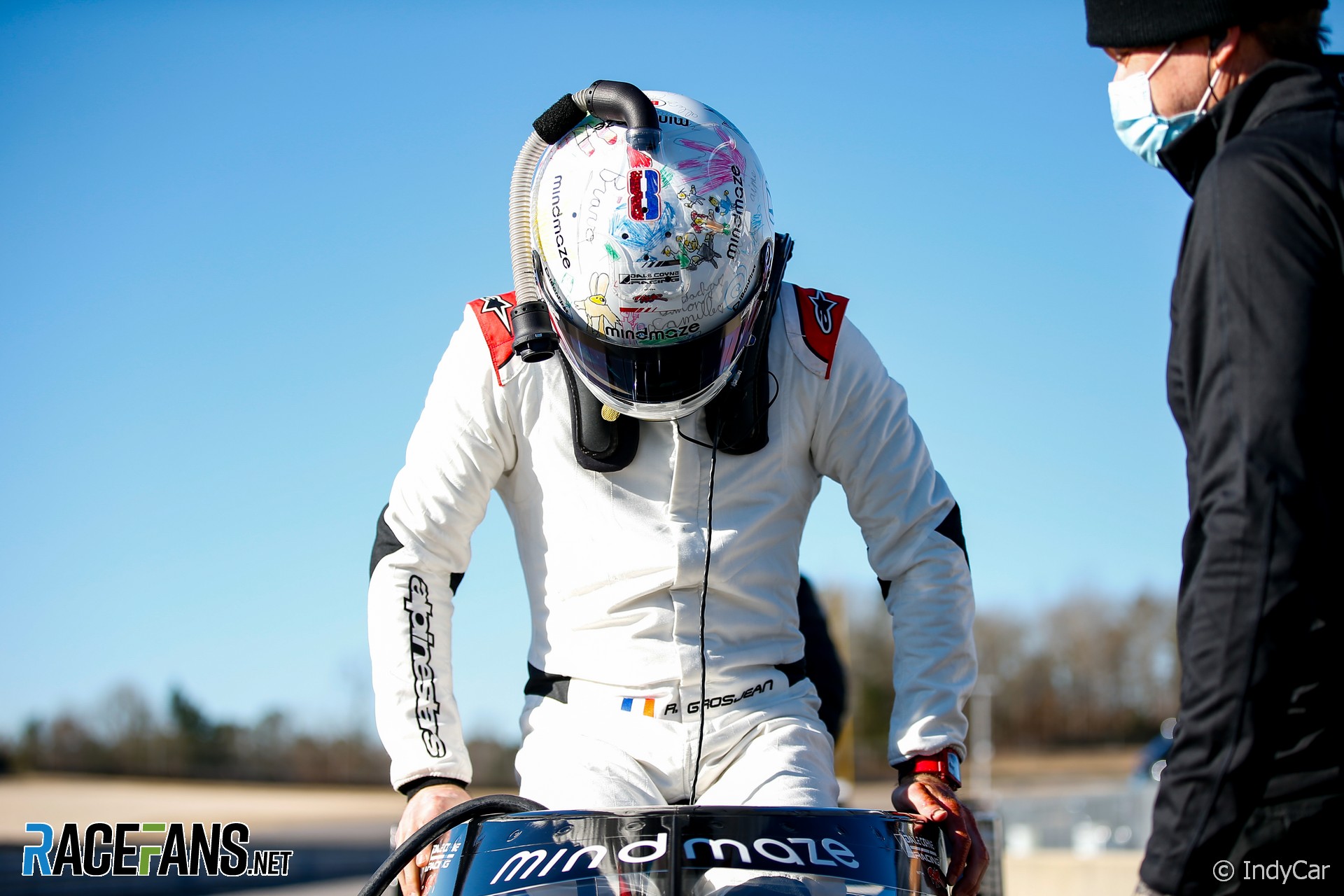 Romain Grosjean got back behind the wheel of a racing car today, 86 days since the shocking Bahrain Grand Prix crash which brought an early end to his Formula 1 career.

The former Haas Formula 1 driver, who is still recovering from the burns he suffered to his hands in November, joined his new IndyCar team Coyne at Barber Motorsport Park. Grosjean will start his first IndyCar race at the Alabama road course when the new season begins at the track in April.

Grosjean sported a helmet designed by his three children. He originally intended to wear the design at his final Formula 1 race at Yas Marina in December, but was forced to miss it due to his injuries.