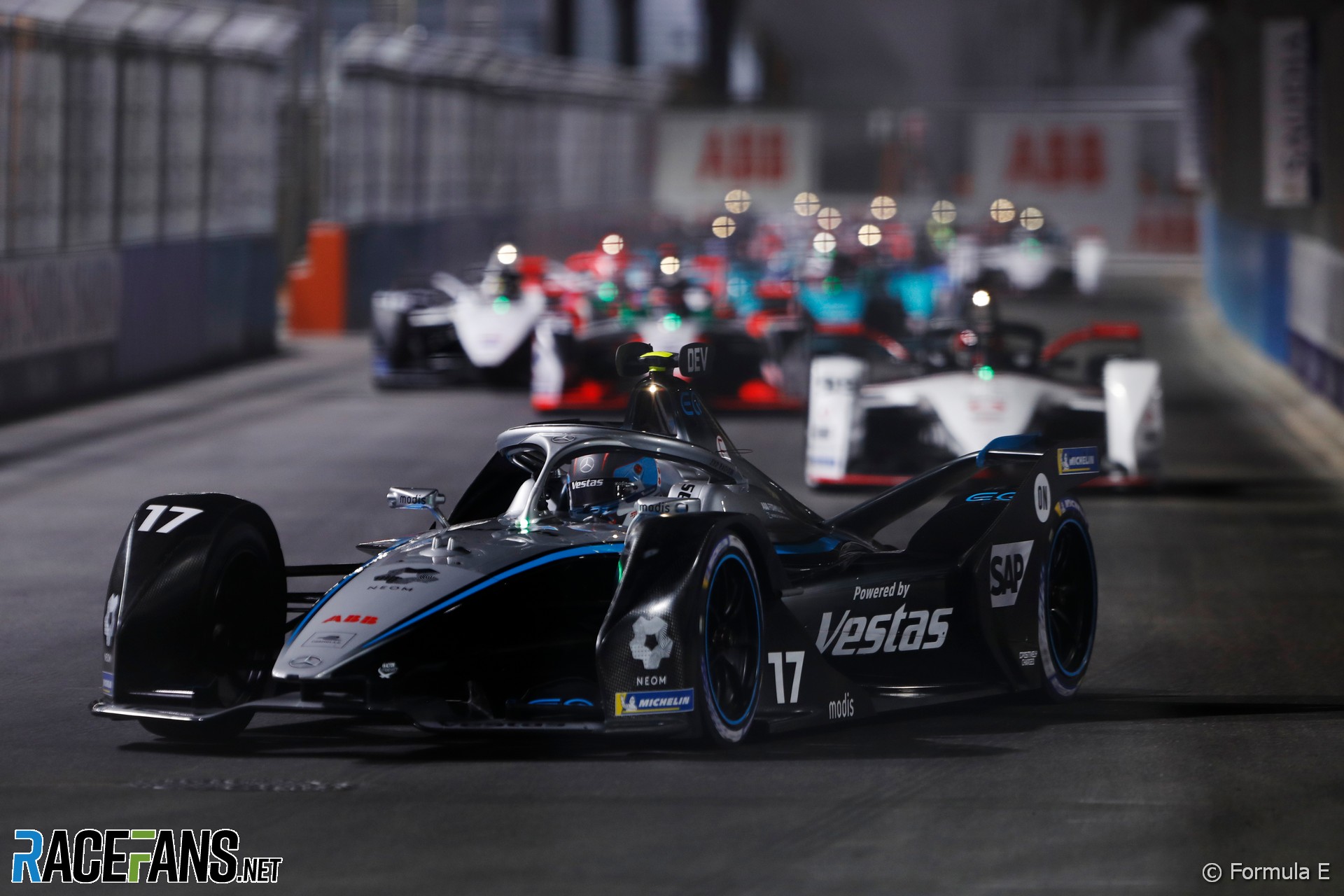 Mercedes’ factory Formula E team and their powertrain customers Venturi have been excluded from Diriyah qualifying after Edoardo Mortara crashed heavily into barriers from a practice start.

The top two cars in yesterday’s first Diriyah race were Mercedes-powered, Nyck de Vries winning for the factory team while Mortara followed him in a Mercedes-powered Venturi. However, at the end of today’s third free practice session, Mortara suffered a failure after performing a practice start which saw him accelerate, seemingly uncontrollably, colliding heavily with TecPro barriers.

Mortara was extracted from the car, conscious and able to move his fingers, toes and legs. He was taken to a local hospital and has undergone preliminary scans, remaining conscious and aware throughout.

The Venturi team reported that “initial evaluations suggest that the accident was the result of brake failure.” However, Mercedes engineers are still assessing the cause of the accident. Formula E race control has barred the remaining three Mercedes-powered cars from participating in qualifying qualifying session as a precaution, excluding factory drivers De Vries, Stoffel Vandoorne and Venturi driver Norman Nato.

Mercedes Formula E team principal Ian James said that the measure was to gain time to confirm the failure would not occur on the other cars. “We haven’t been able to prove yet that that’s going to be the case,” he said, and applauded the decision by race control.

Engineers are still collating all relevant information, said James, adding that a brake fault was initially believed to be the possible cause of the incident.