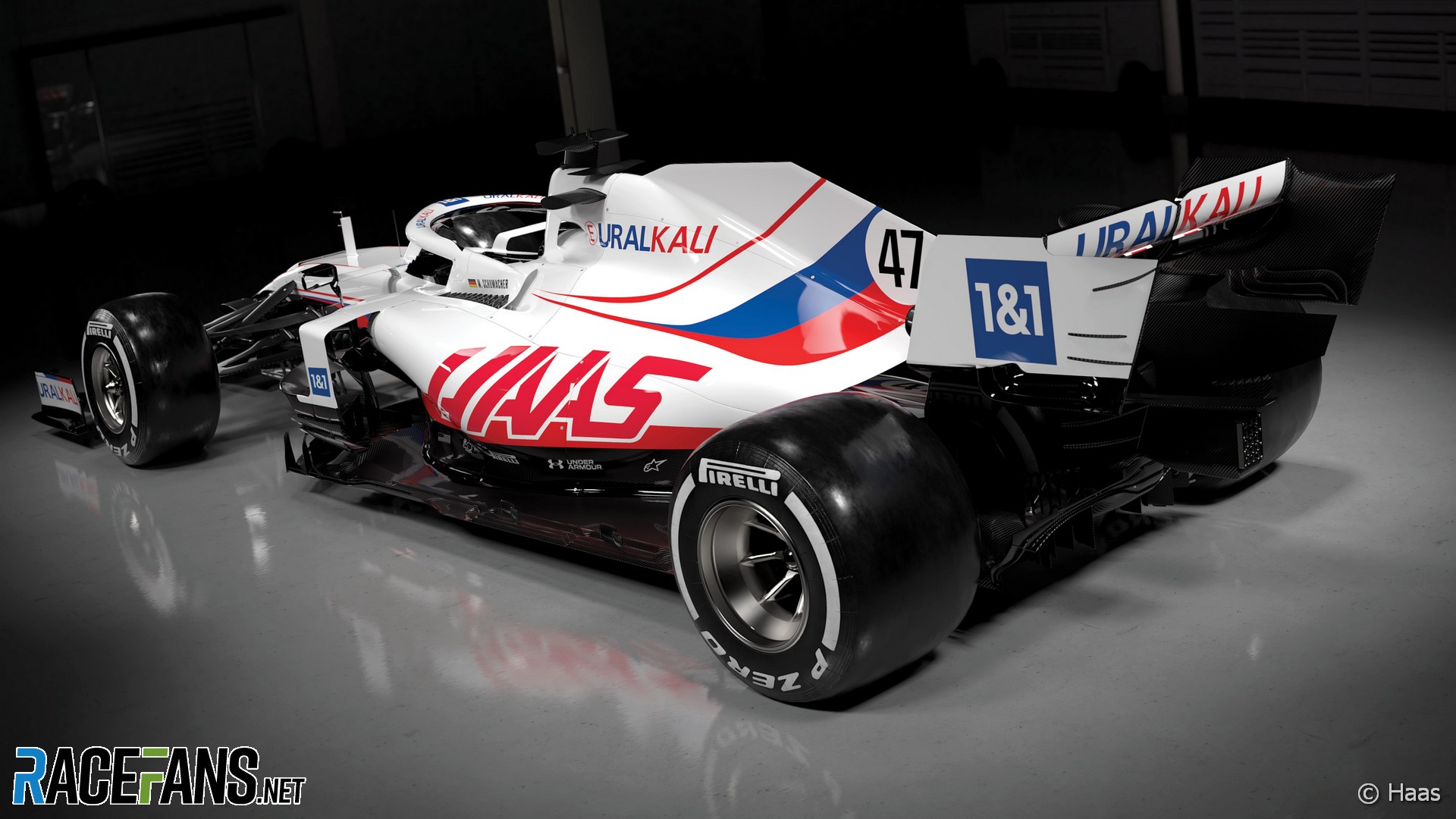 In the round-up: The World Anti-Doping Agency, which has banned the use of the Russian flag by the country’s athletes, is looking into whether Haas’s livery is compliant.

Haas presented a new livery for the 2021 F1 season on Thursday in which the colours of the Russian flag feature predominantly.

It followed the news last month the team’s driver Nikita Mazepin, along with other Russian athletes, are forbidden from displaying the country’s flag on their sporting equipment under a ban handed down by WADA. The ban was imposed in response to a long-running investigation over Russia’s state-backed doping programme.

WADA told RaceFans it “is aware of this matter and is looking into it with the relevant authorities.” Haas team principal Guenther Steiner said this week it is up to WADA, not the FIA, to determine if the livery is compliant

No spectators at Azerbaijan Grand Prix

The Azerbaijan Grand Prix promoters have confirmed this year’s race on June 6th will take place without spectators due to the pandemic.

Last year’s race was one of several which were cancelled entirely as a result of the Covid-19 outbreak.

“We are, of course, thrilled to welcome F1 back to Baku after such a difficult period but we will deeply miss our amazing fans that have played a vital part in making this race weekend such a special occasion year after year,” said Baku City Circuit executive director Arif Rahimov. “Our message is as simple as it its heartfelt: we miss you and we will see you again.”

Fans who purchased tickets for last year’s race will be able to use them for next year’s grand prix.

|@Netflix has revealed the trailer for season three of Drive to Survive.

The 10 new episodes will be available to watch on March 19th,

Anyone else seeing a hint of @damsracing's abandoned 1995 #F1 project in the new @WilliamsRacing? https://t.co/RVt4VhYv9z

"The 43-year-old was the seven-time world champion's trusted lieutenant, taking care of his business interests and logistics, as chief executive of the 'Project 44' management company Hamilton set up after dispensing with Simon Fuller nearly seven years ago."

Few of you were won over to Williams’ striking new livery:

The colour combination works and I get the little historical references dotted throughout it, but the shaping ruins it. It’s not at all coherent or modern. It’s just a bit of a mess.

The lack of sponsors probably just highlights it all even more. A big sponsor down the sidepod would give a focal point and tie all the bits together a little more. But it screams ‘backmarker’ in my opinion. It’s a lot more HRT-meets-financially-crippled-Sauber than it should be.
Mark (@Mrcento)