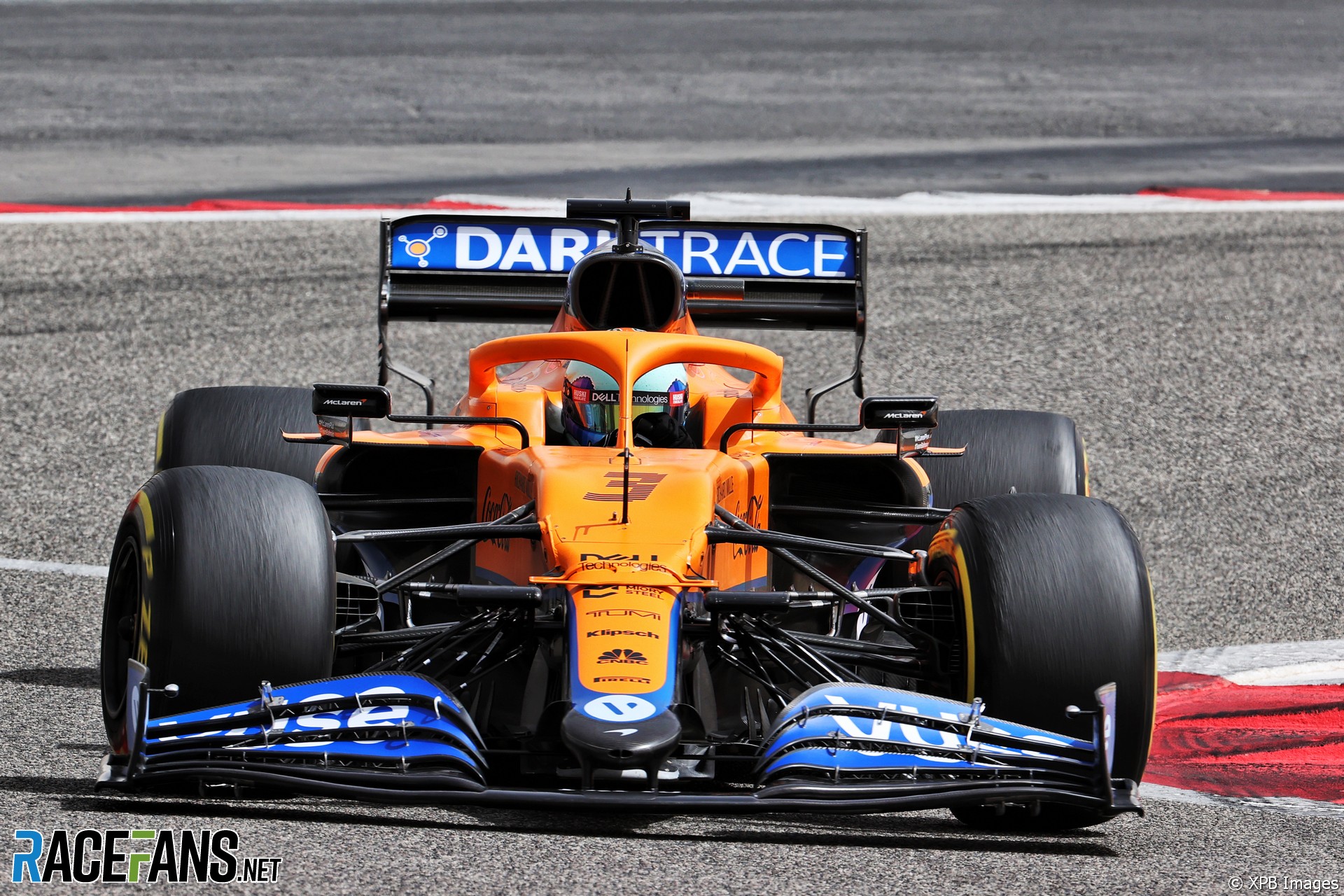 Daniel Ricciardo says McLaren’s start to testing could not have gone better, but is waiting for a run under the lights on Sunday to help gauge the team’s pre-season performance.

McLaren have enjoyed two productive opening days to testing in Bahrain with Ricciardo topping the times in the two morning sessions he has participated in thus far.

Both Ricciardo and team mate Lando Norris covered 104 laps between them on the second day with Norris recording the fourth-fastest time. Ricciardo says McLaren have achieved everything they have set out to accomplish so far.

“I think it’s it’s all gone pretty smooth,” says Ricciardo. “I don’t know what could have gone better yet – aside from the lap times. But generally I think it’s been pretty good. I think we’ve done most runs that we planned.”

Having run in the warmer morning sessions so far, Ricciardo says he is keen to get a feel for the car in the cooler evening temperatures, when quicker lap time have been set.

“I’ve had two of the morning sessions when the track is hot and usually we come here at night,” he explained. “But tomorrow, I’m on-track later on and I think I’ll be able to push the car a bit more and get a better feeling of how comfortable I am, as well as a better understanding of how ready we are for two weeks’ time.”

With his first two days of driving in the new McLaren MCL35M behind him, Ricciardo says he is almost fully comfortable with his new environment and machinery.

“I think the reality is it does take a little time to execute at one hundred percent,” said Ricciardo.

“So I think I’m certainly getting close. Am I truly at one with the car yet? Not yet. But I expect a fair bit out of myself tomorrow in the evening session. And I expect to start getting closer to that.”