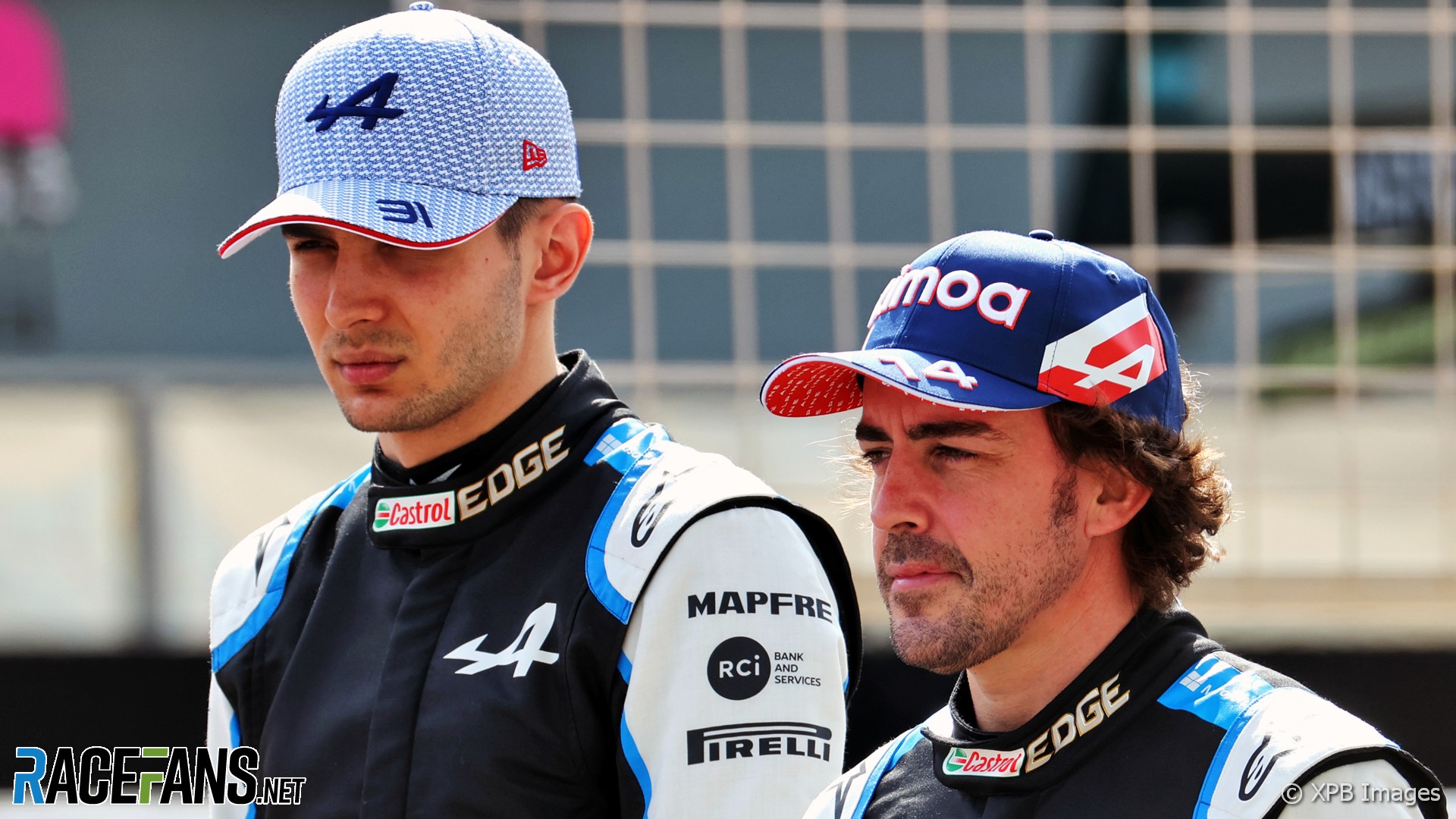 After fracturing his jaw in a cycling accident last month, Alonso made his return to action in testing last week. Brivio said his driver is in “great shape, first of all, from a physical point of view” and eager to return to racing.

The two-times world champion is fully motivated for his return to Formula 1 and is spurring the Alpine team to improve, Brivio added.

“[He has] strong motivation, he’s really pushing and I think it’s very positive for the team to have this type of driver that tends to stimulate everybody, push everybody to the maximum because he is [also] doing so.

“The fact that he’s coming back in the most demanding class of motorsport, it shows also how strongly he is motivated and how is his desire to be back in action and to do great.”

Alonso is returning to F1 following a two-year absence. Team mate Esteban Ocon made his comeback to the sport last year after spending one season without a race seat.

“I think it’s a very interesting combination,” said Brivio. “Both had a stop and both came back.”

Ocon made steady improvements throughout last season, which culminated in his first podium finish in the Sakhir Grand Prix.

“What we are seeing now is something very interesting because he is continuing this coming back period, so for sure he will take advantage of having stayed one year with the team, one year with the same car,” said Brivio. “So now it’s time where we can see, I think, his potential and what he can do.”

He said the team’s mix of youth and experience in its driver line-up is a “great combination” which will be mutually beneficial for the pair.

“Fernando will be important for Esteban in order to show also how he can work maybe in a different way with an experienced driver. And at the same time Esteban can help Fernando because he’s becoming more and more competitive and I think he will be very competitive this year.

“So I like this combination and I’m really looking forward to see both in action. I think Fernando can give us good results and Esteban for sure will also follow.”