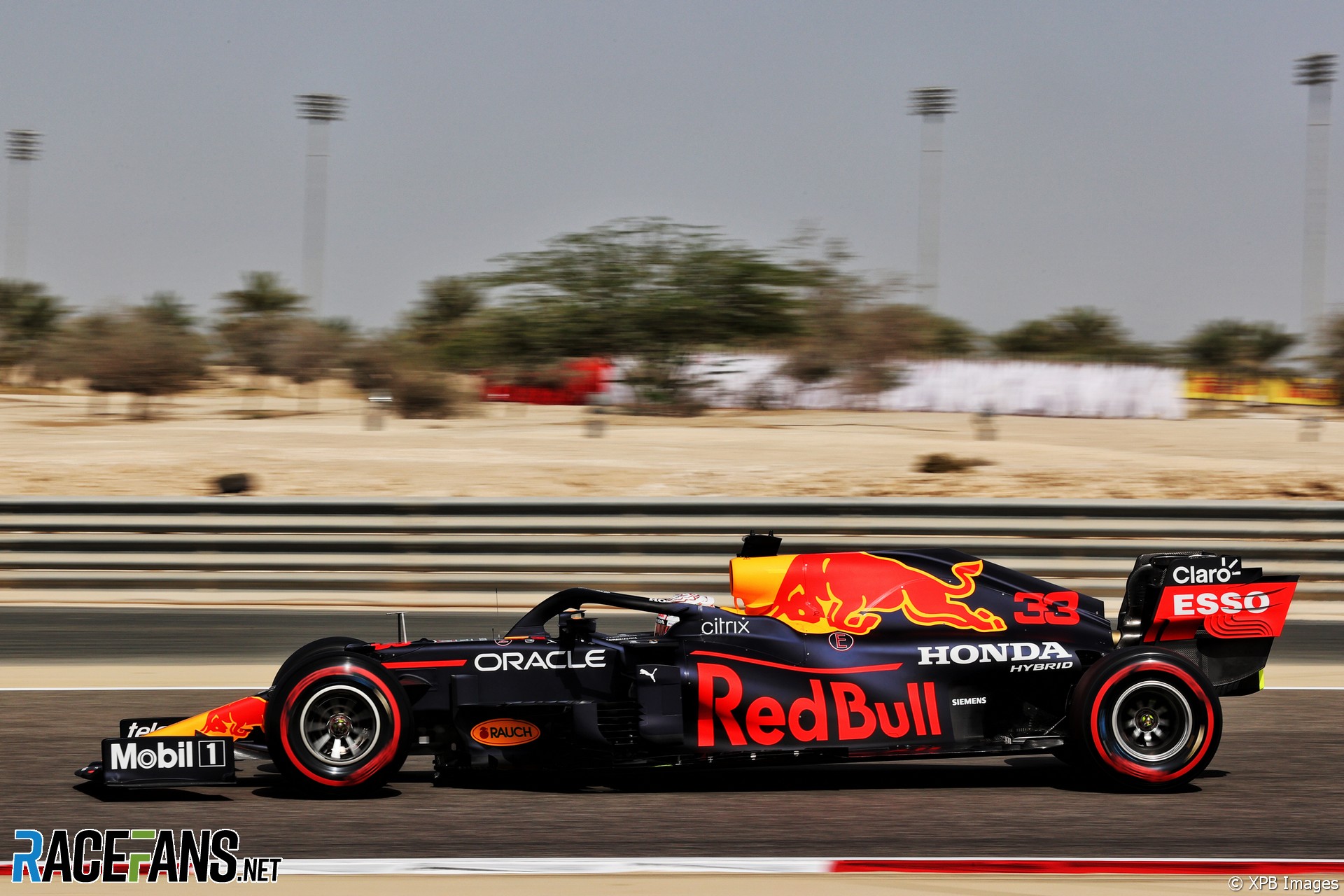 Alpine was the first team to head out on track, but it was purely using its track time for test runs. Reigning champion Lewis Hamilton laid down the first real indication of pace with a 1’32.844 lap in his Mercedes.

His team mate Valtteri Bottas followed him out on soft tyres and went a tenth of a second faster, but after that it was largely a dispute between Hamilton and Verstappen for first place on the timesheet.

Friday’s free practice sessions have been reduced from 90 minutes each to 60 this year. Despite having less time to run their cars it still took 20 minutes before Haas sent its two rookies Nikita Mazepin and Mick Schumacher out of the pits.

Alfa Romeo’s Antonio Giovinazzi was also late to head out, and he then went against the trend the rest of the grid was following by completing several runs on Pirelli’s medium compound tyres.

In contrast Mercedes used several sets of the soft tyre, with Hamilton on top at the halfway point of the session with a 1’32.214.

As the track temperature dropped, more drivers opted to go out for flying laps. McLaren’s Lando Norris knocked Hamilton off top spot by being the first driver to lap sub-1’32. Now also with Mercedes power behind him, Norris was rapid down the straights all session.

Bottas put Mercedes back in first place with 10 minutes to go, before Verstappen came through in the final five minutes with a rapid 1’31.394 that put him almost three-tenths of a second clear.

Hamilton made a late improvement to go fourth, and Charles Leclerc ensured Ferrari engines were represented in the top five by going fifth fastest with a 1’31.993.

His team mate Kimi Raikkonen was 11th fastest as the team used a split strategy, while Sebastian Vettel’s highly anticipated start to life as an Aston Martin driver began with a low-key 12th place. Yuki Tsunoda was the top rookie in 14th, but was frustrated by traffic late in the session.

The Alpine, Willians and Haas drivers propped up the times sheet, who were all more than two seconds off the pace.