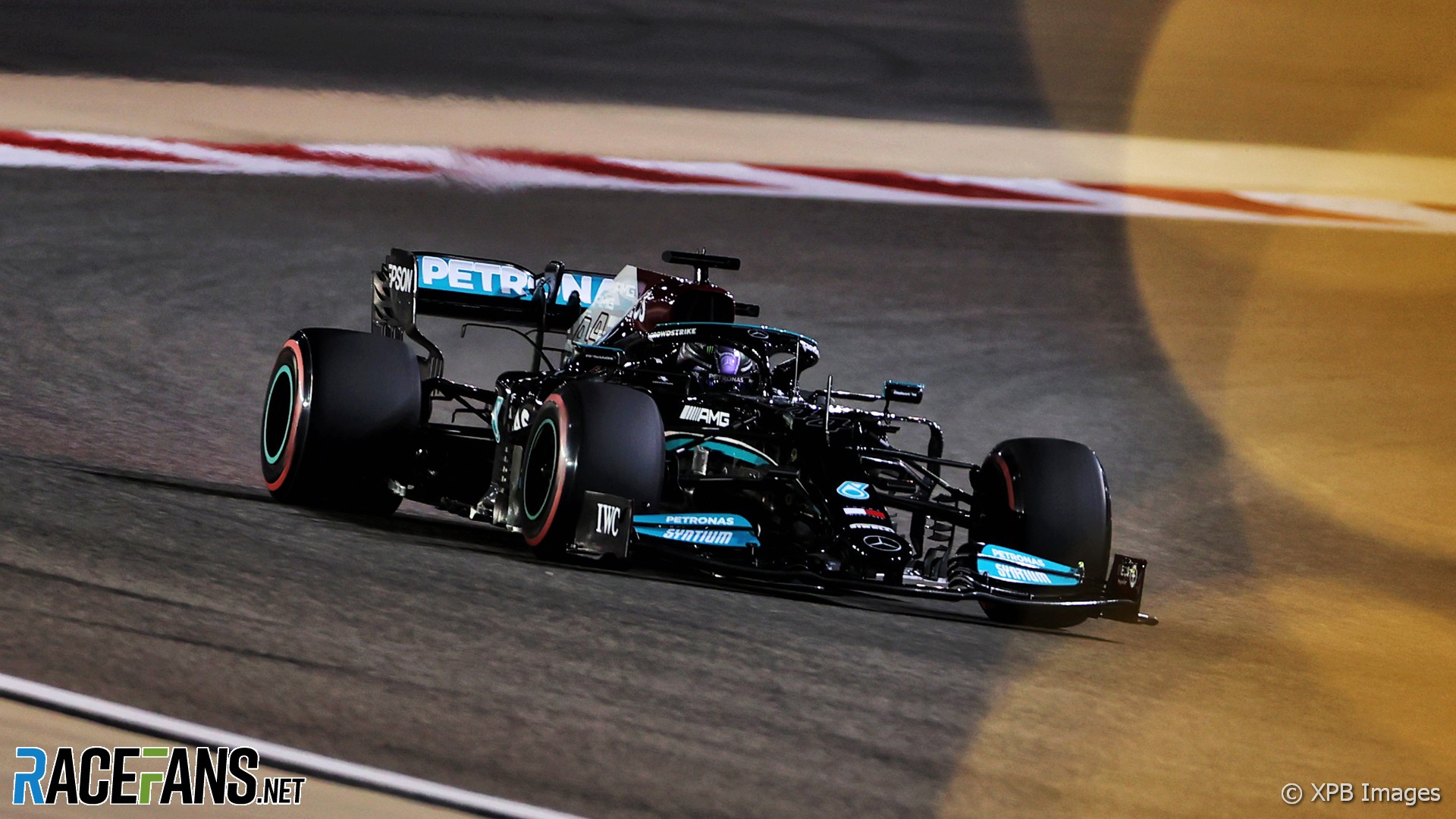 The scale of the challenge Formula 1’s dominant team of the past seven season is now facing was revealed in qualifying for the Bahrain Grand Prix.

Just four months on from Lewis Hamilton’s 11th victory of last season at the desert track, Mercedes’ latest car lapped over two seconds slower than its predecessor in qualifying.

New rules introduced by Formula 1 to reduce downforce have clearly had the intended effect. With one exception – Ferrari – every car in the field is at least a second slower than last year.

Suspicions that the changes to the rear of the car have particularly affected those teams with low-rake designs is borne out by the performance swings at Mercedes and Aston Martin. The latter adopted their power unit supplier’s low-rake aerodynamic philosophy last year, and both are over two seconds per lap slower than they were in 2020.

Only Haas, who used none of their development ‘tokens’ in producing their mildly revised car for 2021, have got slower than that. With just one update planned for the VF-21 at the next race, Mick Schumacher and Nikita Mazepin look set to spend the season on the back row.

The most encouraging performance of the day came from Ferrari, whose best lap time was half a second off what they managed last year. That was easily the best of any team and an indication they have indeed made the promised gains with their power unit.

Having been the third-quickest team in qualifying, they are one of four teams within a second of pace-setters Red Bull. This is a startlingly different picture to what we saw in November, when Red Bull was the only team within a second of Mercedes, and is an encouraging pointer towards a much more competitive season ahead.