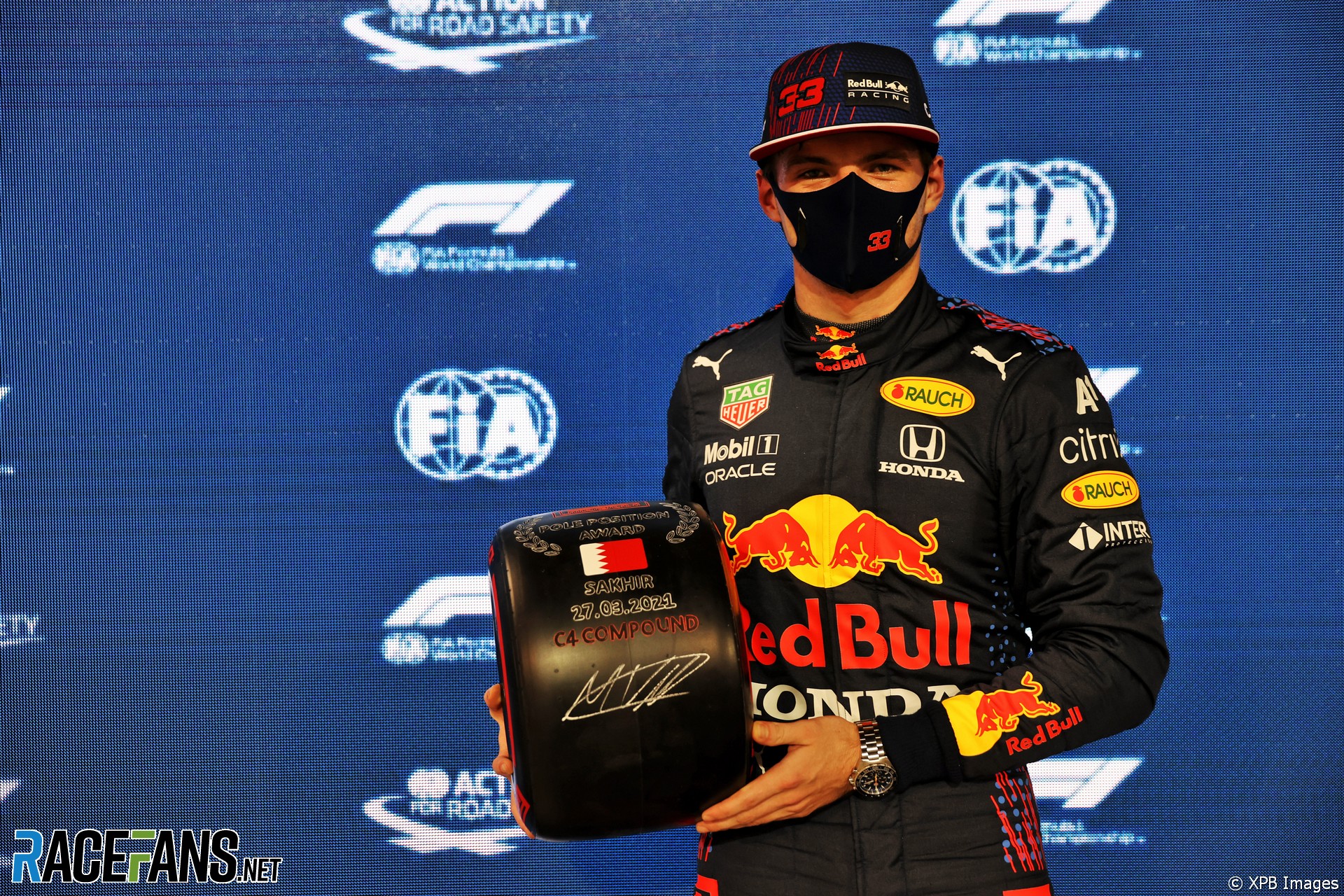 “Basically my first lap in Q3 wasn’t amazing, so I knew there was more in it,” said Verstappen.

The Red Bull driver was fastest in all three practice sessions, topped the first segment of qualifying and then sailed through to the final top-10 shootout. On his first run he was 0.023s quicker than Hamilton, but was confident there was more time in the car.

“You never know how much,” he said. “But finally the balance was there, and then you can push a little more.

“The track is quite hot, so you have to be careful with not overheating the rear tyres. Luckily when we managed, we could perform.”

Verstappen said there were “no guarantees” of carrying over his test-topping pace at the circuit into the race weekend, but admitted the days leading up to qualifying suggested he would be at the front.

“The whole week so far I think the car has been working really well and has just been really enjoyable to drive. Of course with the wind changing a lot around every session, it’s not easy to set up the car. But it all worked out perfectly in qualifying, so of course I’m very happy with pole position.

The Red Bull driver took pole position despite picking up damage during the first part of qualifying when he ran along the kerb at turn two. His Red Bull team principal Christian Horner suggested it caused a minor loss of performance on his RB16B.

“He smacked the bottom of the car pretty hard, because they run so low we’ve lost a couple of bits of carbon under the front of the car there,” Horner told Sky.

“Maybe he’s carrying about a tenth’s-worth of damage through the rest of the sessions. So you think in the first one through Q1 where it’s not that impressive, you think ‘oh no’.

“But he’s handled that incredibly well.”