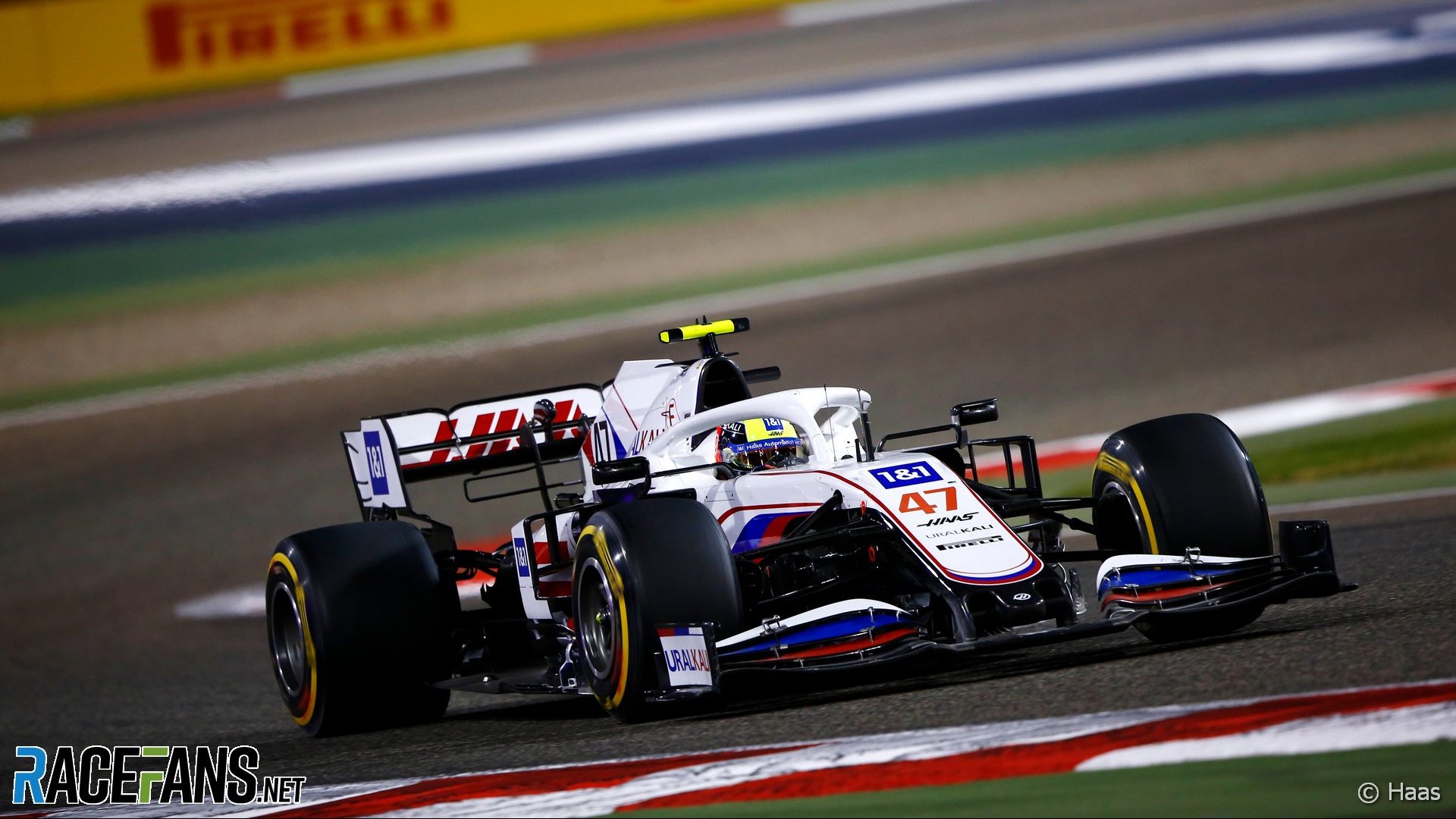 Mick Schumacher admitted he was taken aback at how much downforce F1 cars lose in traffic, as both Haas drivers spun during their grand prix debuts in Bahrain.

Having taken the chequered flag in last place in Bahrain, Schumacher said many things in F1 that had been unexpected from his prior experience in junior series.

“In general, I’ve learned a ton of new things and we’ve seen that come through in all the meetings we’ve had,” he said. “It’s always different talking about it and feeling it.

Both Haas drivers reported severe loss of grip when following other cars. “There are a lot of things I learned about the tyres, that’s probably the biggest new thing to me,” said Schumacher.

“The performance of the team and the car, we know what that will be,” he said. “So the expectations were not high, at least results-wise.

“I think the two drivers did a good job over the course of the weekend. Obviously in the race Nikita spun out and damaged the car and Mick spun once too – but the whole weekend for them was a learning phase. We need to do more of it, and as many laps as possible, with all that we’ll be fine.

“It was one weekend from 23. We need to get better and better, work on getting more laps in, and keep learning – that’s the mission.”

Steiner put the drivers’ performances down to their need for experience in F1. “It is quite a big challenge. Formula 1 is a very difficult sport, but we knew the challenge, therefore there’s no big surprise. We decided to do this, and we need to get through it.”

“I just try to see it that the drivers feel comfortable – I don’t try to micromanage them,” he explained. “They have their engineers and they need to work with them on a day-to-day basis, or more accurately on an hour-to-hour basis, not with me. For sure though, in the beginning, I will be well-informed what is happening and try to see where I may need to intervene.

“I’m not doing the job myself; I’ve got good people working for the team which know how to do the job better than me. I just observe what is happening. If there’s a problem I’m there to ask what it is and then I see if I need to do something.”