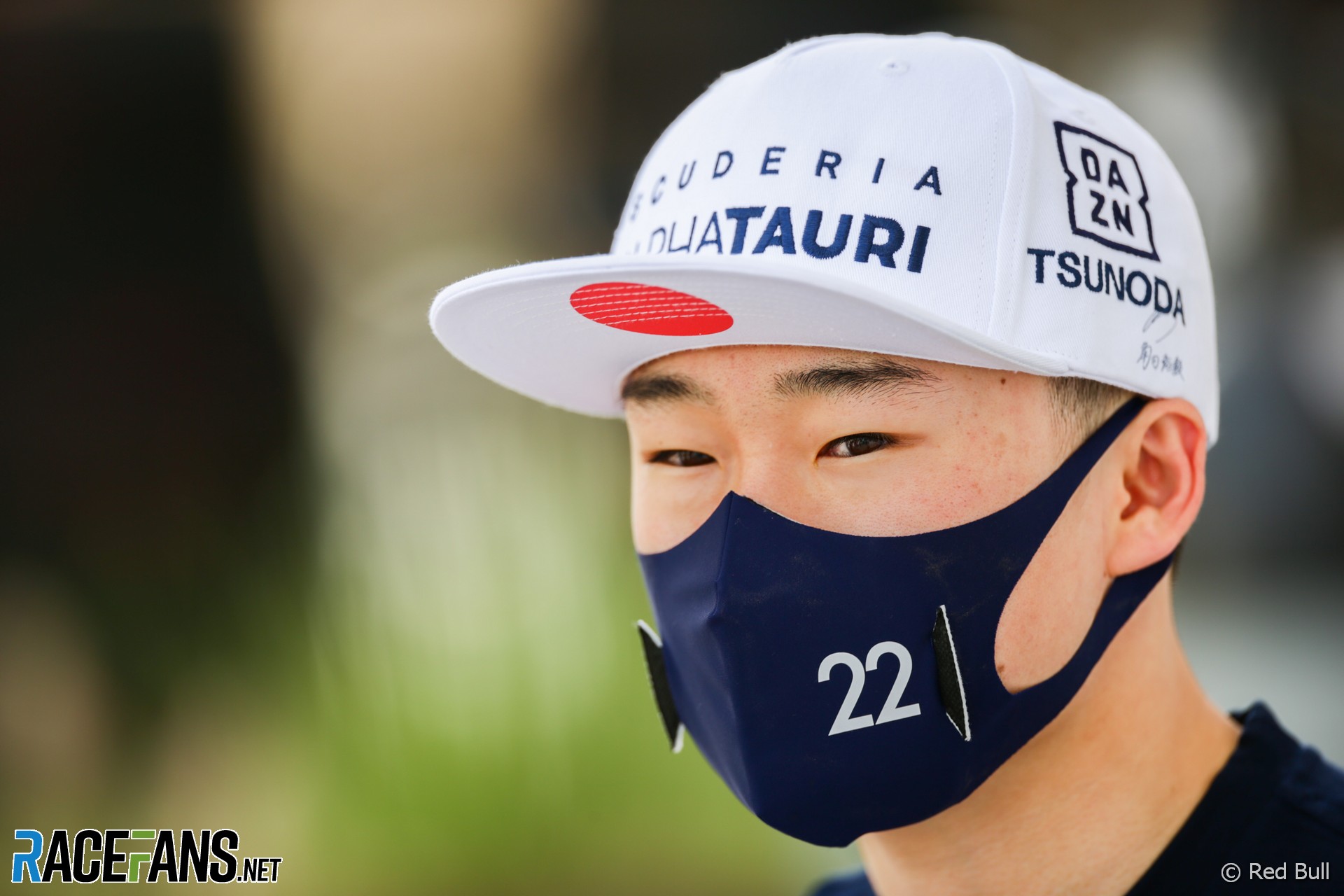 In the round-up: Yuki Tsunoda says he was surprised to attract more attention from European fans than those in his native Japan after his points-scoring F1 debut.

Tsunoda surprised by popularity in Europe

A combination of finishing ninth on his F1 debut and dropping in on fellow Red Bull junior Liam Lawson’s livestreams has led to Yuki Tsunoda building a large European fanbase in recent weeks, with his social media following growing by 152,121 followers across Instagram and Twitter and becoming a quick fan favourite. It’s taken the 20-year-old by surprise.

“It was interesting that after Bahrain, I think I got a bigger reaction from European fans than from those in Japan,” said Tsunoda.

“It’s a cultural thing: Japanese fans want to see what I do in a few rounds before getting a proper impression.”

Tsunoda made one of the best starts to an F1 career by a Japanese driver. Only Satoru Nakajima and Shinji Nakano achieved higher finishes in their first races.

“I was surprised at that reaction in Europe. I didn’t expect it, because for me, Bahrain was not a perfect weekend and I was hoping to finish higher,” he added. “I am happy about the fans’ support, but I don’t feel pressure because of it, I take it as something positive and this weekend I will just get on and do my job.”

Speaking to the F1 Nation podcast, Smedley said Sainz was wise not to make any bold claims about his entry into what some consider Charles Leclerc’s team.

“The worst thing that you could do is kind of come in and make a big, bold statement that you’re going to send Charles off into the weeds and you’re going to get number one status or whatever it is that I’m sure you eventually want, or you’ll both eventually want that. Because if that doesn’t work, the pressure just mounts on you and it becomes almost insurmountable, the task that you’ve got in hand.”

While he was impressed Sainz approached his team move and the Bahrain Grand Prix with caution in expectations, he did point out the error in being too candid about that caution in the lead up to the race seeing as his rivals could take advantage of it.

“I don’t think you should ever show your weaknesses. I mean Carlos probably should have kept its powder dry on that one. I think that was perhaps something that he didn’t want to advertise to his fellow adversaries.”

I was there spectating at then all-new circuit. F1 ticket prices were so far beyond Andalusian wages that the main stand opposite the pits went unsold. Last minute panic for TV opened the turnstiles for free… https://t.co/c4sL1sb9o4

can't wait to rack up some more laps around Imola with these two 👊 it was a fun pre-season! @PierreGASLY x @yukitsunoda07 pic.twitter.com/VDFRUN8s3F

.@Pennzoil has become the Official Motor Oil and Lubricant Partner of INDYCAR – another top brand to support our competitive motorsports league.

The multi-year agreement kicks off at the season opener this weekend at @BarberMotorPark.

The organiser submitted a change application to JAF (Japan Automobile Federation) for the venue and schedule of the sixth round of the Super Formula championship, and it was approved. Initially announced to be held at Okayama International Circuit on October 2-3, it will be now changed to Twin Ring Motegi on October 16/17.

The decision to hold the 2021 edition of the event, scheduled for June 13 on Circuit de Gilles-Villeneuve in Montreal, is eagerly awaited. On Monday, in an interview with Téléjournal, Montreal mayor Valérie Plante was optimistic by suggesting that the issue could be resolved very soon.

After moving from karting into cars via the Lucas Oil School of Racing, the 20-year-old American spent much of 2020 overseas competing in the BRSCC National FF1600 championship while also testing in F4. With an eye on IndyCar, Palmer is excited to begin his Road to Indy journey with Exclusive Autosport and the team is equally as motivated.

Speedcafe understands championship organisers are hoping to pull off a high-profile trifecta of Albert Park, Bathurst and Gold Coast in back-to-back-to-back race meetings next summer. Plenty of water is still to go under the bridge but the notion bodes well for an exciting schedule that is expected to open September 17-19 at Sandown. The proposed triple-header would then begin at the rescheduled Australian GP in Melbourne on November 19-21.

Nicholas d’Orlando asserted himself as a championship contender in F1600, taking a pair of race wins as Alex Mayer did the same in F1000, continuing on his dominant season in 2020. Reigning F2000 champion Brandon Dixon took the top honours in race one but Reece Everard flexed his muscles on Saturday scoring the pole position and driving to a victory in race two.

It’s a funny story, he insists. It stems from a Twitch stream he hosted over the offseason. While driving on iRacing and preparing for season two of the IndyCar iRacing Challenge, where he won the first race at Montreal, the driver of the number 10 Ganassi was hungry. So, he took a bite out of his favourite fruit, a kiwi. Skin and all.

The first two days of on-track action at the Emilia-Romagna GP have been hit by a late timetable shift for the oddest of reasons: a private funeral in another country. But the death of Britain’s Prince Philip has become a global event and F1 broadcasters didn’t want their motorsport coverage to run at the same time as the world mourn the prince. Some think it’s a pointless gesture and a case of lobbying by television companies, while Witan sees no harm done in the change.

It is a kind gesture to a man who was so long associated, indeed president of, the BRDC. Not essential but a one hour shift in time hurts no one and says much about F1 caring about it’s heritage.
Witan