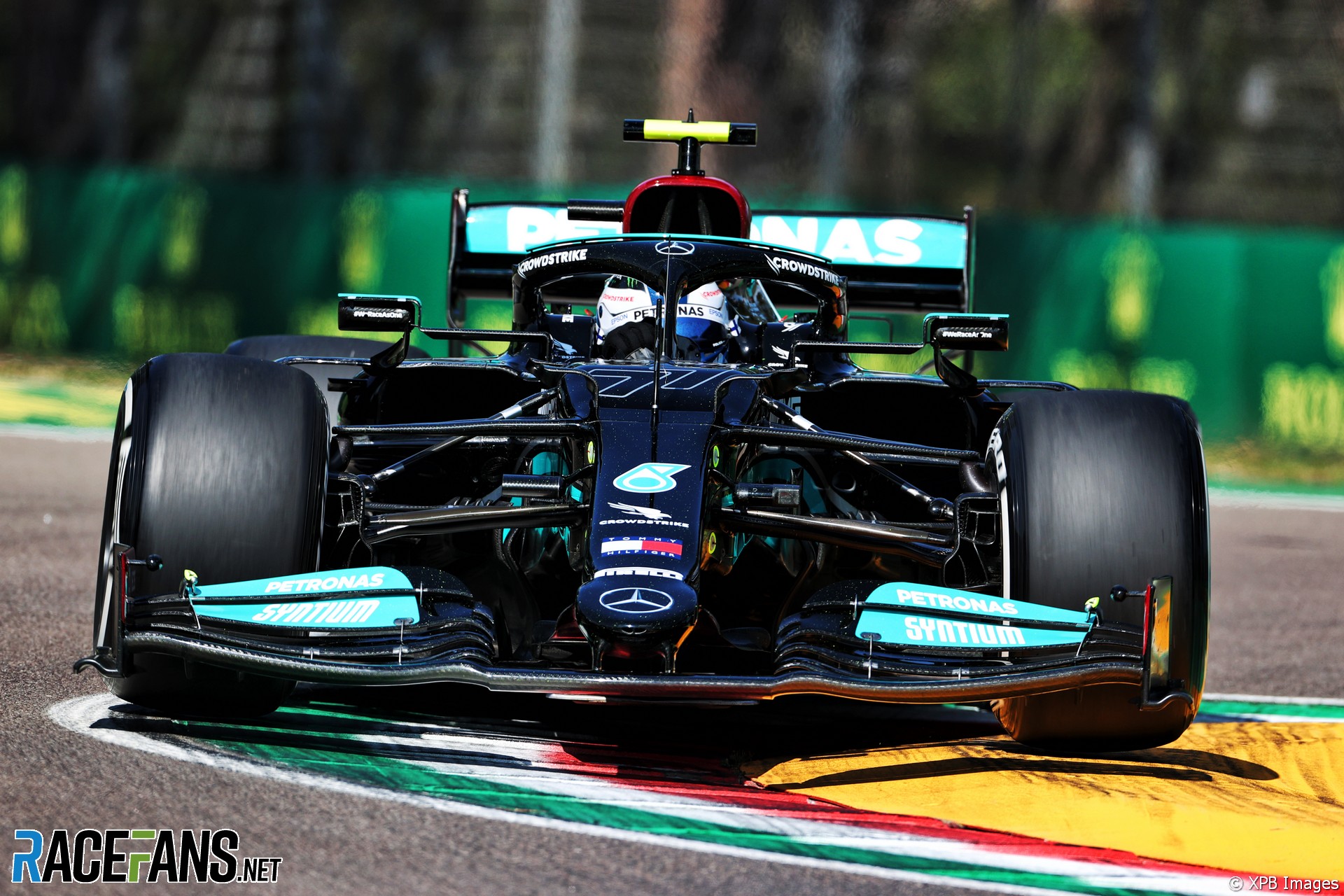 Mercedes continued their strong start to the Emilia-Romagna Grand Prix weekend with Valtteri Bottas and Lewis Hamilton setting the pace in second practice.

Bottas, who was fastest in all three segments of qualifying at Imola last year, topped both of today’s one-hour sessions. In the second session of the day, the two Mercedes drivers initially set the pace on medium tyres and for a long time they were more than a second up on everyone else.

Their closest rival after he switched to the soft tyre was AlphaTauri’s Pierre Gasly, who ended the session 0.078 seconds off Bottas’s benchmark and 0.068s behind Hamilton.

Ferrari’s Carlos Sainz Jnr and Charles Leclerc were fourth and fifth, although they were separated by over half a second after Leclerc’s fastest lap was deleted for a track limits violation. He crashed at Rivazza Two with four minutes to go after trying to correct a spin while searching for a lap time improvement on the medium tyre. His error resulted in the session coming to an early end.

Sergio Perez recovered from his crash in first practice to go sixth fastest for Red Bull, eight thousandths of a second up on fellow Honda-powered driver Yuki Tsunoda in the second AlphaTauri. There was less fortune for the second Red Bull driver, as a suspected driveshaft failure caused Max Verstappen’s car to stop on track. That left him 14th on the timesheet with just a handful of laps completed, having lost valuable running.

The top 10 was completed by McLaren’s Lando Norris, Alfa Romeo’s home favourite Antonio Giovinazzi and Aston Martin driver Lance Stroll. Norris’ team-mate Daniel Ricciardo was only 18th after he had his best lap time deleted for a track limits infringement. The Haas drivers were the slowest as they struggled with their car, though Nikita Mazepin at least managed a more productive session after his two spins this morning.