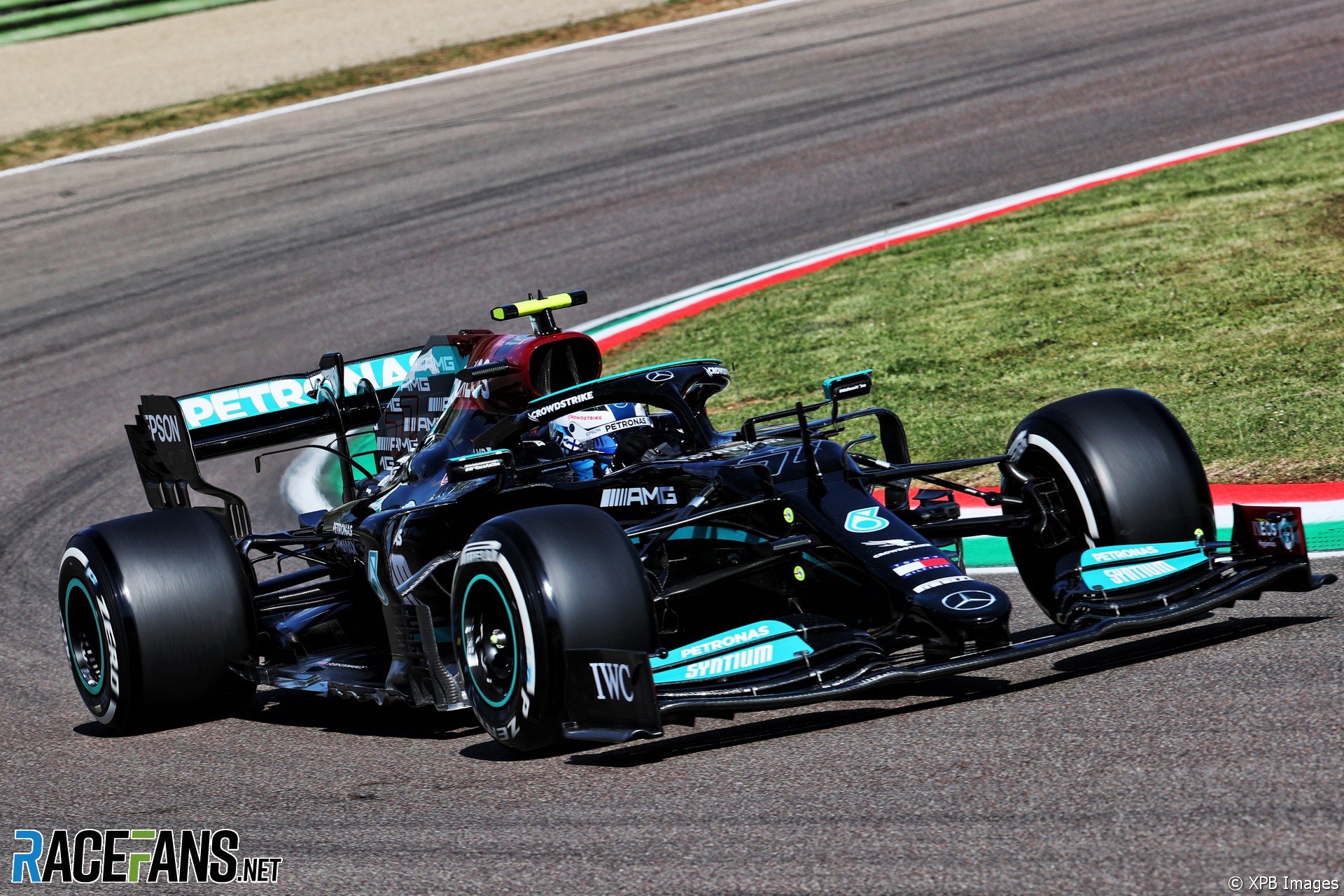 Mercedes pair Valtteri Bottas and Lewis Hamilton filled the top two positions in first practice for the Emilia-Romagna Grand Prix at Imola, but Red Bull’s Max Verstappen was less than a tenth of a second behind.

Alfa Romeo’s Antonio Giovinazzi was the first driver on track, and the majority of participants followed him out as they sought to make maximum use of the shortened Friday practice period.

Alpine’s Esteban Ocon and Red Bull’s Sergio Perez were among the first to set representative lap times. However they then became the focus of a post-session investigation as both stopped on track with damaged cars, requiring practice to be red-flagged so they could be recovered.

Perez came to a halt with a punctured rear-left tyre while he was on a flying lap. Ocon, who had been running at a slower pace when Perez caught him, had damage to his front-right. While coverage of the incident was limited, the pair appear to have made contact.

The duo weren’t the only drivers to make mistakes. Each of the top three had off-track moments or clouted Imola’s fierce kerbs particularly hard.

For a long time Ferrari’s Carlos Sainz Jnr who was on top, and he improved on the benchmark he had set when the session restarted. In the final minute he was outdone by first AlphaTauri’s Pierre Gasly, and then the two Mercedes drivers and Verstappen. Bottas ended up fastest by 0.041 seconds over Hamilton, and Verstappen 0.058s behind.

Leclerc went fourth fastest in the second Ferrari, despite not setting a single recorded lap prior to the red flag, with Gasly and Sainz completing the top six.

Haas’s Nikita Mazepin continued his difficult introduction to Formula 1 by bookending the session with a pair of spins. He was unable to recover from the second which occurred just before the pit lane entry and led to light contact with the barrier. The red flags flew a minute before the session was due to end while the Haas was recovered.

Mazepin and team mate Mick Schumacher were several seconds off the pace but ahead of AlphaTauri’s Yuki Tsunoda who also had an early off-track moment.