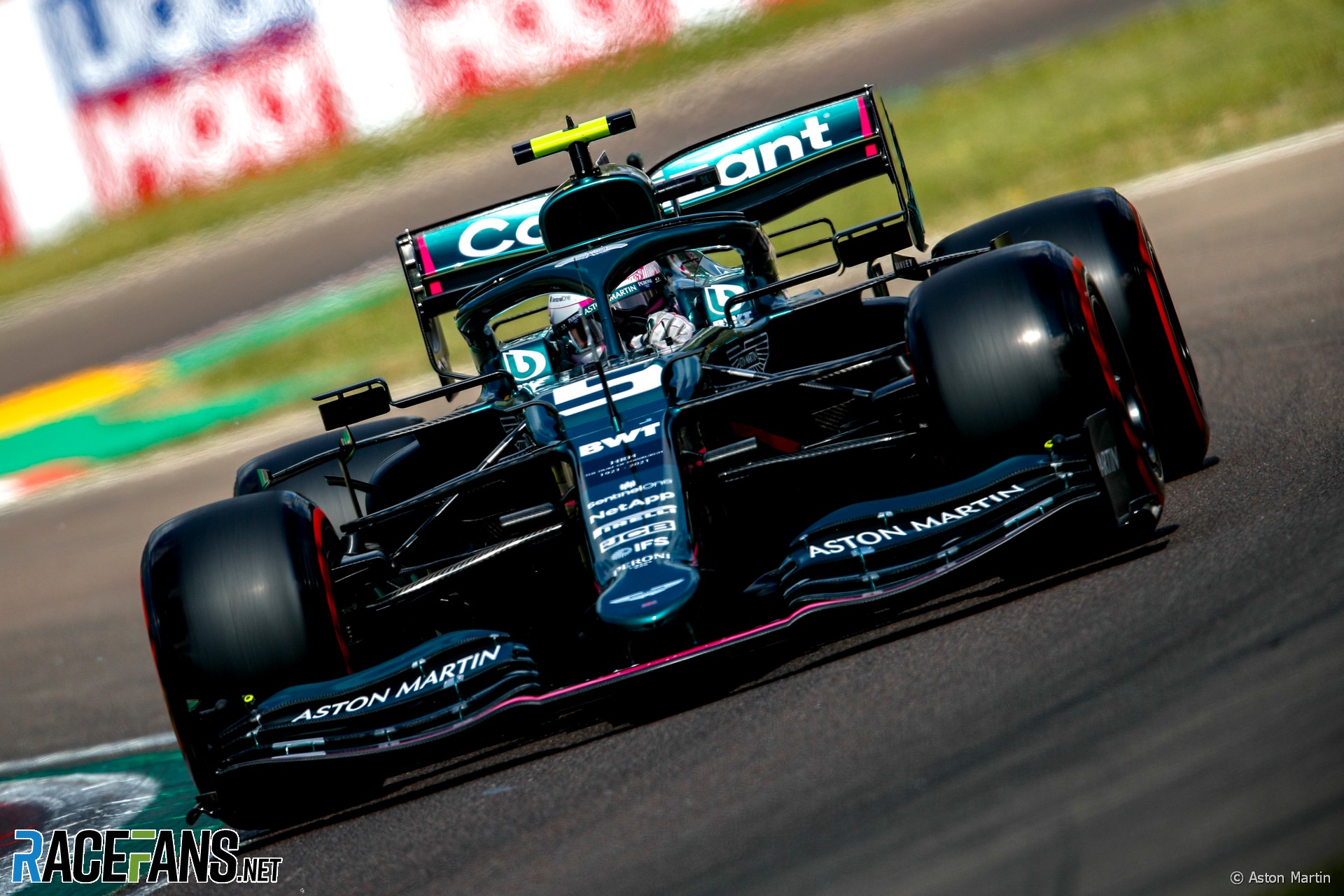 At the first race of the 2021 F1 season in Bahrain all 10 teams lapped slower than they did the previous year.

Three weeks later at Imola, the picture has changed: Two teams lapped quicker around the Autodromo Enzo e Dino Ferrari than they did when F1 visited the same venue just five months ago.

That’s impressive when you consider the steps that were taken to slow cars down this year. Various sections of the rear bodywork were cut back and revised tyres introduced.

Nonetheless, at Imola, McLaren and Williams became the first teams this season to post a year-on-year improvement in lap times. While both gained less than a tenth of a second, McLaren’s gain would have been greater had Lando Norris not had his fastest lap time in qualifying deleted for exceeding track limits.

Mercedes set the quickest lap time of the weekend so far courtesy of Lewis Hamilton’s pole-winning effort. But Red Bull know this was an opportunity missed. Max Verstappen made an error on his final flying lap – a rare one, he pointed out – costing him what Mercedes’ Toto Wolff reckoned was a solid shot at pole position.

That pole for Mercedes came despite the team lapping eight tenths of a second slower than they did last season, the biggest year-on-year rise of any team. But the most intriguing year-on-year change is at Aston Martin.

The team’s CEO Otmar Szfnauer has complained bitterly over the change in regulations which he feels was intended to reduce the competitiveness of the teams running ‘low rake’ cars – i.e. Aston Martin and Mercedes. But while Mercedes have taken the worst performance hit of any team at Imola, Aston Martin are lapping within a tenth of a second of the times they set last year, when they were known as Racing Point.

The AMR01 is just 0.077s slower than the RP20 was around Imola. After Bahrain Szafnauer vowed to start “clawing back the deficit that was imposed on us by the FIA through their regulation change”. It seems they’re well on the way.

Aston Martin is one of several teams which has seen a significant change in fortunes at Imola compared to Bahrain. They, along with Williams and McLaren, have performed significantly better compared to their 2020 benchmark than many other teams. It will likely take a few more races at a range of different venues before we have a full picture of the balance of power this year.

16 comments on “Despite rules complaints, Aston Martin are only 0.07s slower at Imola”