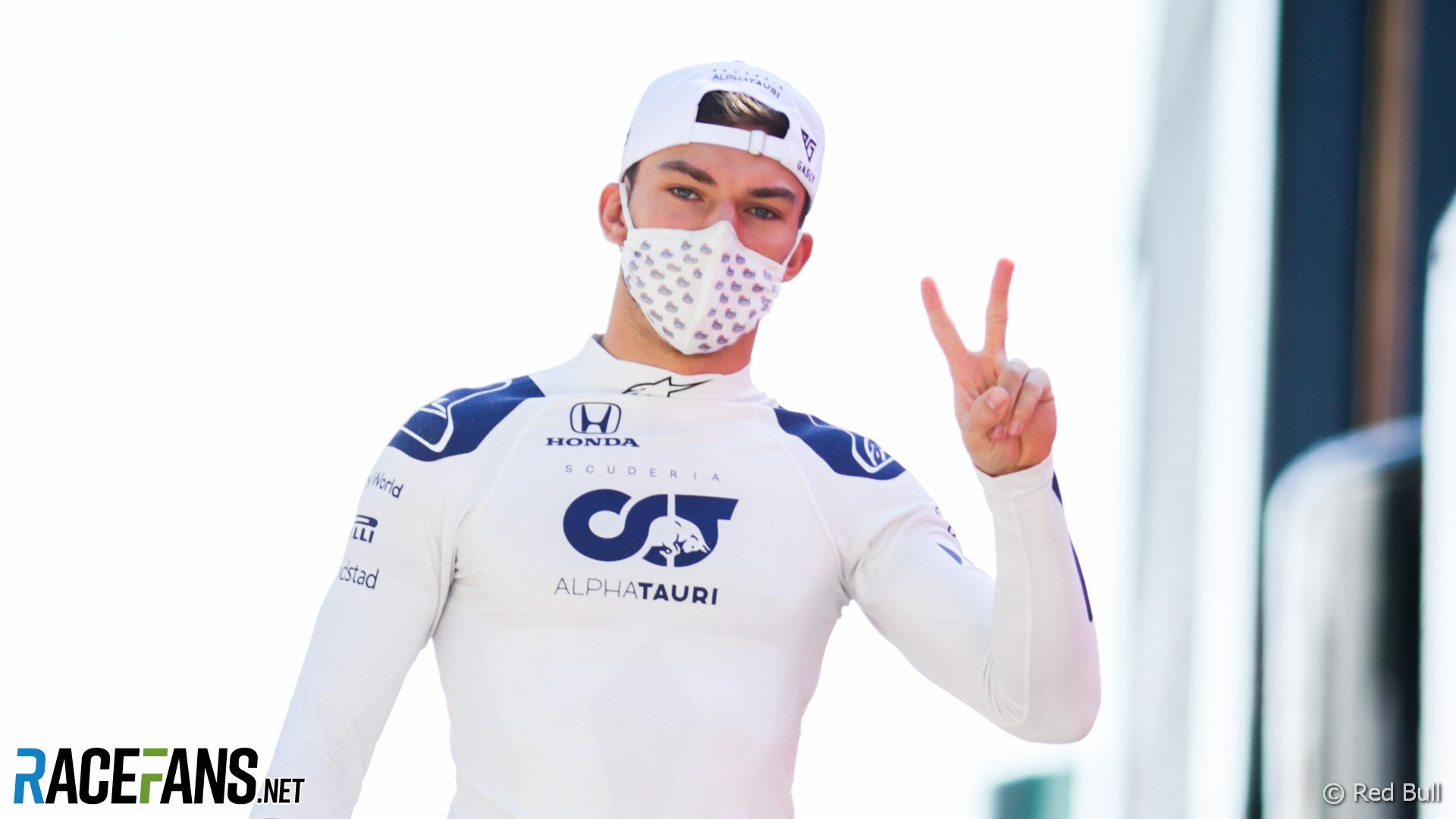 The sport has introduced a budget cap for the first time this year which will make it harder for AlphaTauri’s richer rivals to out-spend them. New aerodynamic regulations planned for the 2022 F1 season are expected to further narrow the gap between teams.

Gasly, who spent 12 races with Red Bull in 2019 before rejoining his current team, told RaceFans the example of successful satellite operations in Moto GP shows how smaller outfits like AlphaTauri could become contenders in F1 over the coming seasons.

“We are talking quite some years because obviously you don’t become like a top team within a year or two,” he said. “It’s a long-term project.

“They are really putting the effort and doing a lot to create their own identity and be a strong contender in Formula 1. It’s too early to know if they will have everything they require to fight against teams like Mercedes and Red Bull.

“I think today, no, it’s too small a team. But then if they really put the resources and the money and the infrastructure to do it, then why not?

“We’ve seen in Moto GP some factory or private teams can fight against the top teams. If the regulation is also going that way, I think it’s something that could be possible.”

“I think race incidents is part of the sports otherwise, honestly, Lewis will win every day,” said Gasly. “And I don’t think that’s something we want or we expect.

“At the end of the day, the reality is that there are differences between the cars and if there will be no race incidents or no unexpected things happening in the race, then that will be boring. And I [don’t] think that’s why people watch F1 races.

“Obviously the Mercedes had their issues, but there are a lot of people that could have won that race – Carlos [Sainz Jnr], Lando [Norris], Bottas came back also was in P6 before the middle of the race – and no one did it. So I think we fully deserved it.

“When Sergio [Perez] won [the Sakhir Grand Prix] Mercedes had all sorts of issues and then you could say the same. But I believe you can say the same thing as long as Lewis doesn’t win, there will be always something happening to him or to Mercedes.”

AlphaTauri was known as Toro Rosso until the beginning of last year, and has historically been a junior team training potential future Red Bull drivers. However Gasly says he could remain at the team for the long-term.

“Why not? At the end of the day my target in F1 is very clear, I just want to fight for wins and championships and that’s my goal.

His former team mate Max Verstappen and Charles Leclerc are likely to be the drivers to beat over future seasons as the current generation of champions leaves the sport, says Gasly.

“Max, for sure, clearly. He is already there and it’s a matter of time before he’s world champion in a car that allows him to be world champion. And Charles will be up there.”

“I never race against George, but I could see him fighting up there as well,” he added.

But he is unsure whether to count his former karting rival Esteban Ocon, who drives alongside Fernando Alonso at Alpine, among those names.

“It’s a bit early [to say]. He’s a good driver. But so far I think we need to wait a bit longer to see if he’s able to fight. I think Max and Charles have showed enough to show that they have the potential to be up there, that’s for sure.”