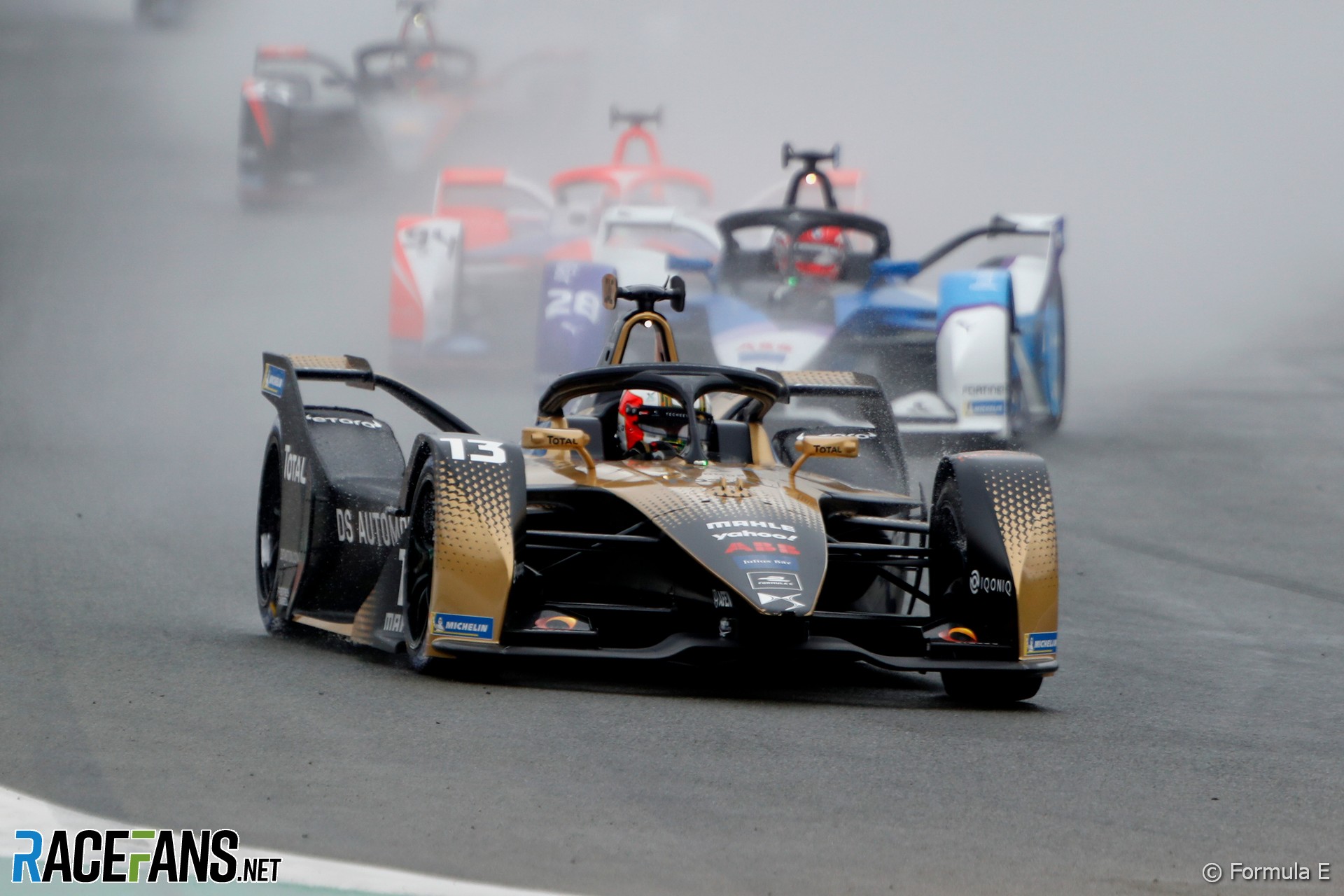 Antonio Felix da Costa has called on Formula E to learn from its mistakes after the conclusion of today’s race was spoiled by multiple cars running too low on energy.

Just 10 drivers were initially classified at the end of this weekend’s first of two races on the Ricardo Tormo circuit in Valencia. Multiple Safety Car periods meant the maximum energy allocation was repeatedly cut during the race.

After the final restart, which occured with just two laps remaining, many drivers found themselves with too little usable energy to finish the race. Da Costa, who was leading the race at the time, was among those who ran too low. He officially finished seventh, over a minute behind winner Nyck de Vries.

The farcical end to the race, which occured on one of Formula E’s rare visits to a permanent race circuit, squandered an opportunity to win new fans to the series, said Da Costa.

“Obviously for me the number one problem is I lost the win in the last lap,” he told RaceFans. “But as a motor sport fan, as a Formula E fan and having been here from the beginning and for seven years of trying to convince people that we’re the real deal and we’re a professional and serious series, today I think we had some unconvinced people watching us because we’re racing at a permanent track and it’s not the ending we should have given them.”

While Formula E’s cars are capable of carrying enough energy to reach the finish, the rules stipulate the amount of energy drivers can use must be reduced if the Safety Car is deployed.

The reigning Formula E champion urged the FIA and others involved in running the championship to consider changes to ensure today’s outcome is not repeated.

“I don’t want to start going on the FIA or whatever but they have the power to do it differently,” said Da Costa. “So I’m sure that they’re not happy with what happened, no one’s happy.

“We shouldn’t be here blaming each other. For me we learn from the mistakes and the whole paddock will do better.”

DS Techeetah team principal Mark Preston said they didn’t realise they wouldn’t have enough energy to finish until race director Scott Elkins told them how much their allocation would be reduced by after the final Safety Car period.

“Basically we were calculating how much energy we had to do to get to the end of the race plus one lap,” he explained. “A lot depended on how much energy Scott, who’s the director, took away from us. He’s got a number that he’s allowed to do, per minute of Safety Car running, and the risk was that basically when the Safety Car came in, we may end up with basically not enough energy to do the last lap, depending on that calculation.

“But as the Safety Car came in and then they gave us the number, then we suddenly went ‘we haven’t got enough to do the final lap’. Then we were telling Antonio ‘save energy, save energy’. Obviously Nyck had a little bit more energy, so he was able to do the last lap faster than we were.”

Da Costa’s team mate Jean-Eric Vergne also reached the finish, albeit four minutes behind in 12th place after driving an extremely slow final lap to save energy. The final race classification has not yet been issued.

“You probably saw Jev actually went very, very slowly around the last lap and he actually did cross the line with enough energy,” said Preston. “But we’re going to have to wait until all the calculations of who had energy across the line and who didn’t gets all worked out.

“It’s a little bit confusing and I think we have to find a better way of explaining exactly how that rule affected us at the beginning. But as you saw, it affected quite a lot of people on the grid.

“As my engineers were explaining to me the error margin gets worse at the end of the race. So at the beginning, if you have a Safety Car, you’ve got a lot of time to make changes along the way. But as it happens right before the last lap, then all the calculations start to go out the window.”