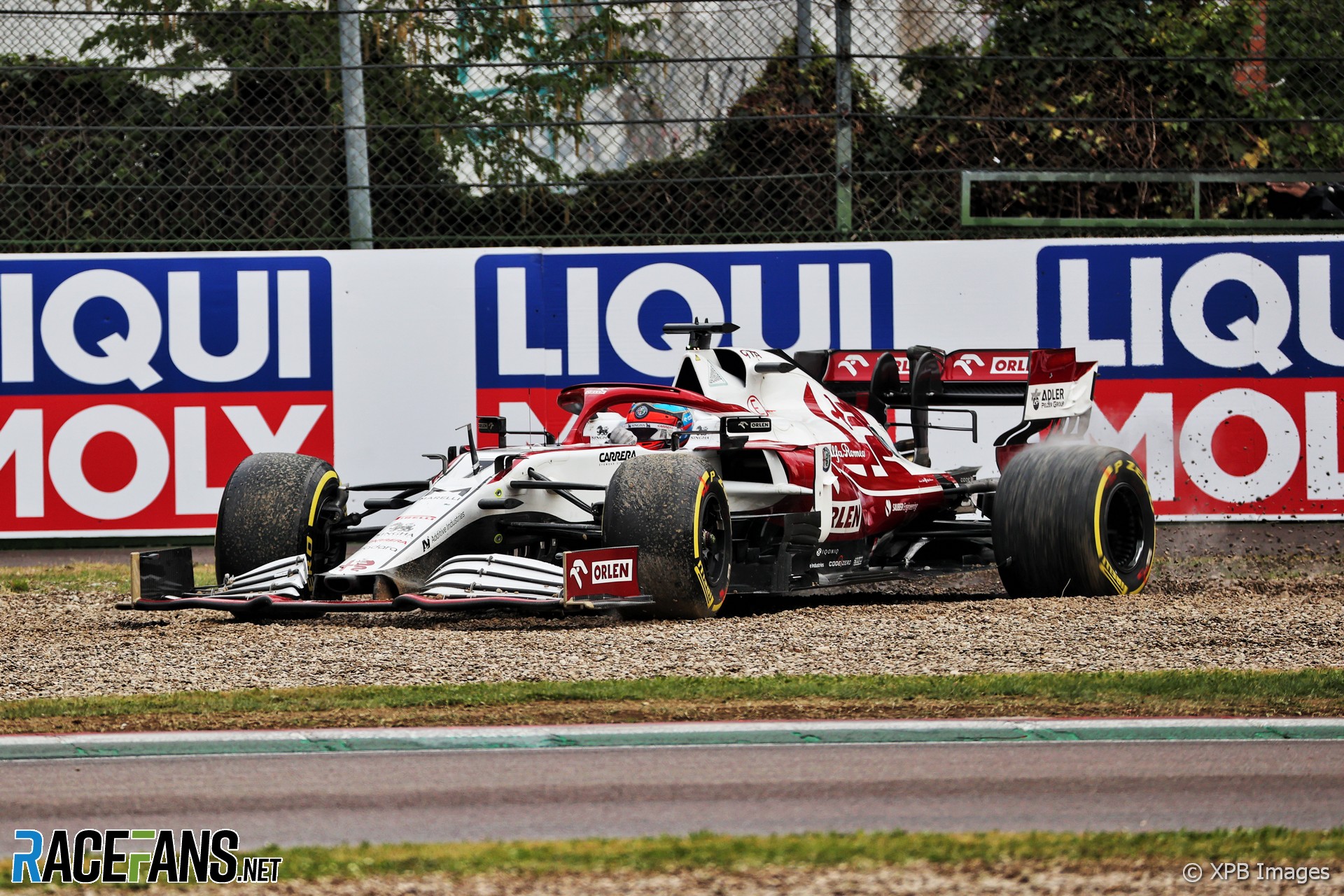 In the round-up: Kimi Raikkonen says he enjoys the challenge of more punishing F1 circuits like Imola.

Last weekend’s grand prix saw red flags during qualifying and the race as drivers were caught out by Imola’s tight confines and close barriers. Raikkonen said he relished the challenge presented by Imola.

“It’s a bit unforgiving,” said the Alfa Romeo driver in response to a question from RaceFans, “and I think that’s how the tracks should be and that’s how they used to be.

“That’s why obviously tracks like this you see a bit more red flags and things going wrong. But that’s part of racing.”

Alpine junior driver Christian Lundgaard led the first day of Formula 2 testing at the Circuit de Catalunya. The ART racer set a best time of 1’29.594 and was also fastest in the afternoon, when the track was slightly slower. Virtuosi’s Felipe Drugovich was second, followed by Juri Vips for Hitech.

The morning session was disrupted by three red flags. Jehan Daruvala (Carlin) and Oscar Piastri (Prema) both came to a stop, while Gianluca Petecof had a spin in his Campos. Driver errors also stopped the afternoon session twice: Lirim Zendeli (MP) and Roy Nissany (DAMS) each made contact with the barriers.

Here we go! My dad and I are going to be racing in the same team at Le Mans this year in LMP2. It’s something we’ve tried to do for years and truly a dream come true. pic.twitter.com/CfV8YYfs43

By adding Miami, Formula 1’s future may be on the fast track out of Texas (Star-Telegram)

"With the Texas legislature currently in session, expect that COTA has hired lobbyists to lean on state representatives to amend the rule to keep the money flowing so F1 can remain in Austin."

"I got criticised for saying any Joe Blow can come in here and start a team and they shouldn’t be able to because it devalues all the other people that have been here forever and forever. We need a system. We need more revenue."

At Home With Pierre Gasly - Imola GP (AlphaTauri via YouTube)

F1 should go radical with a third US race at Indianapolis, says Sumedh:

I hope there are two races in USA but also that F1 can rotate it around multiple tracks (Indianapolis, Texas, Miami, others). USA as a country has a lot of interest in racing and it is just unfortunate that F1 isn’t part of it.

But please make the Indy race an oval race. We got an absolute cracker in Bahrain when we went on the almost oval short circuit. Why not have a full oval in Indy! In fact, lets go a step further and allow all teams a special extra engine just for this race and let them go bananas! (Provided of course the safety of drivers and spectators is guaranteed).
Sumedh

34 comments on “Unforgiving Imola is “how tracks should be” – Raikkonen”