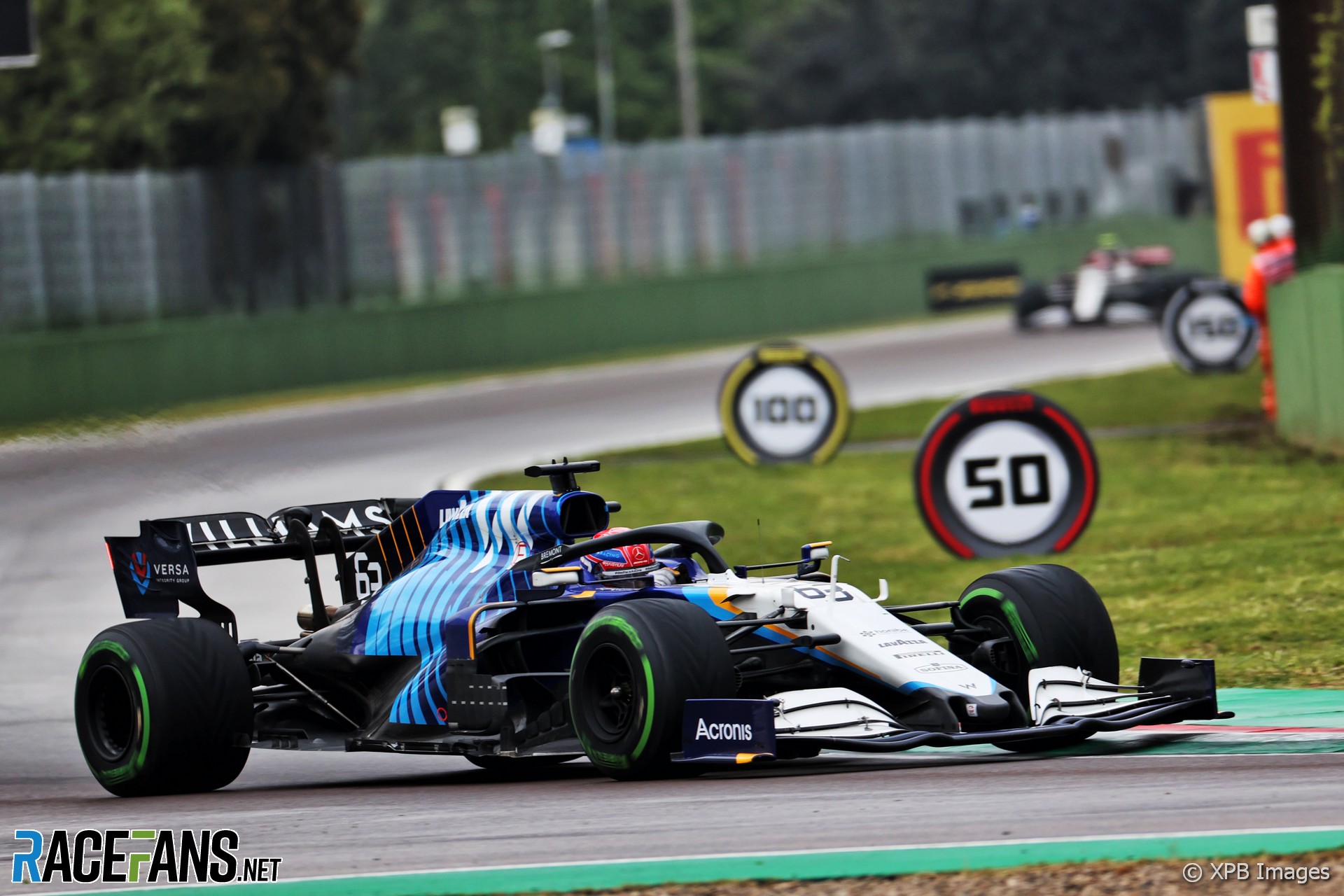 Whatever the rights or wrongs of the George Russell-Valtteri Bottas clash on lap 33 of the Emilia Romagna Grand Prix – crucially, the stewards took no further action, suggesting no driver was predominantly to blame – the most astounding aspect was not that the Mercedes driver was racing a Williams at the time, or that he was about to be lapped by team mate Lewis Hamilton, but team boss Toto Wolff’s subsequent comments.

“The whole situation should have never happened. Valtteri had a bad first 30 laps and should have never been in that position, but George should never have launched into this manoeuvre considering that the track was drying up,” Wolff began, logically, but then added, “it meant taking risk and the other car in front of him was a Mercedes.

“Any young driver must never lose this global perspective. Lots to learn for him I guess.

“[A young driver] needs to see that there is a Mercedes and it’s wet, so there is a certain risk to overtake and the odds are against him anyway when the track is drying up.”

Note the implication that Russell should have given up a fight for legitimate position on the basis that the Mercedes may be faster, later. Wolff also (jokingly) suggested Russell could be demoted to the Renault Clio Cup as punishment rather than be promoted to the main Mercedes team at season’s end when his three-year Williams contract expires.

That the crash caused a red flag which, due to regulatory restart vagaries, enabled Hamilton to vault from an almost certain seventh to second – gaining 12 valuable points and costing arch-rival Red Bull a potential eight in the constructors championship – seemed lost on Wolff.

Let us, though, examine Wolff’s comments from the ‘global perspective’ of Formula 1: It is first and foremost a sporting competition in which drivers endeavour to deliver the best possible result for their teams and themselves – in that order. There are absolutely no doubts Russell did precisely that, even if his attempted pass ultimately proved ill-fated, and Wolff, as CEO of an F1 team should be first to acknowledge that.

Russell, is of course, a Mercedes-backed driver racing for a Mercedes-powered (customer) team. Bottas is a Wolff (part)-managed driver – the Austrian is part of a syndicate that manages his career, having funded Valtteri’s formative years – driving for the Mercedes team in which Wolff has a 33.3% stake. See the potential for enormous conflict of interest in what is a global sporting arena?

Post-race, Russell issued a statement admitting: “Today wasn’t my proudest day. I knew it would be one of the best opportunities to score points this season and, when these points matter as much as they do to [Williams] right now, sometimes you take risks. It didn’t pay off and I have to take responsibility for that.”

Note the ‘have’. By implication, though, George does not take ‘full’ responsibility. One wonders whether how voluntary this statement was. Indeed, one wonders why Wolff did not recognise the need for points by the battling team given his former role as Williams executive director, his recent connections with the team as shareholder and relationship as power unit (and from 2022 full powertrain) supplier.

Wolff also suggested that his team’s upgrade programme could be jeopardised due to the accident, as “Our car is a write-off in a cost cap environment; that is certainly not what we needed. And probably it’s going to limit upgrades that we are able to do.

“We are very stretched on cost cap, and what we always feared is a total write-off of a car. This one is not going to be a total write-off, but almost, and that is not something we really wanted,” he said post-race, adding that he would be emphasising these points to Russell. Yet Wolff said little in public about Bottas’ role in the crash, save, that is, to imply that he had underperformed for 30 laps.

Williams, operating to a lower budget than even the $145 million cap, also suffered major damage but accepted the matter stoically. The team’s head of vehicle performance, Dave Robson, said: “To finish with nothing is obviously deeply frustrating. But I suppose the only positive is the car was good, the pace was good.

“At least the accident came as a result of us attacking, and of all the cars to attack it was the Mercedes, which is not something we’ve been able to do for a long time.”

The potential for conflict of interest does not end with Williams, either – Wolff is a shareholder in Aston Martin, naming partner to the Mercedes-powered F1 team formerly known as Racing Point which was last year found guilty by FIA stewards of illegally duplicating Mercedes rear brakes ducts. How long before Wolff wields his influence over Aston Martin’s drivers, or the team’s strategies?

Indeed, Wolff’s influence across three F1 teams is such that one wonders about the political pressures that can be exerted, particularly if McLaren’s power unit dependence is factored into the equation. No other individual wields as much as power over a combination of F1 teams and drivers as does Wolff.

While the FIA has since the end of 2010 permitted ‘team orders’ within the same team, any form of race fixing is expressly forbidden. Issuing threats to drivers who have the temerity to challenge for position under competitive conditions arguably falls into the latter category. Wolff should be required to officially clarify his post-race comments and provide undertakings that Russell is free to race the entire grid.

Ferrari supplies power units to two customer teams – its F1 managing director Mattia Binotto holds no equity in the team nor driver contracts – and Alpine only to its own outfit, while Honda is engine supplier to two (Red Bull) teams only. Thus, Wolff potentially holds more political power than Ferrari and more than Alpine and the two Red Bull operations combined.

Plato (the classical philosopher, not the touring car champion) is credited with saying: “The measure of a man is what he does with power.” That was evident on Sunday evening.