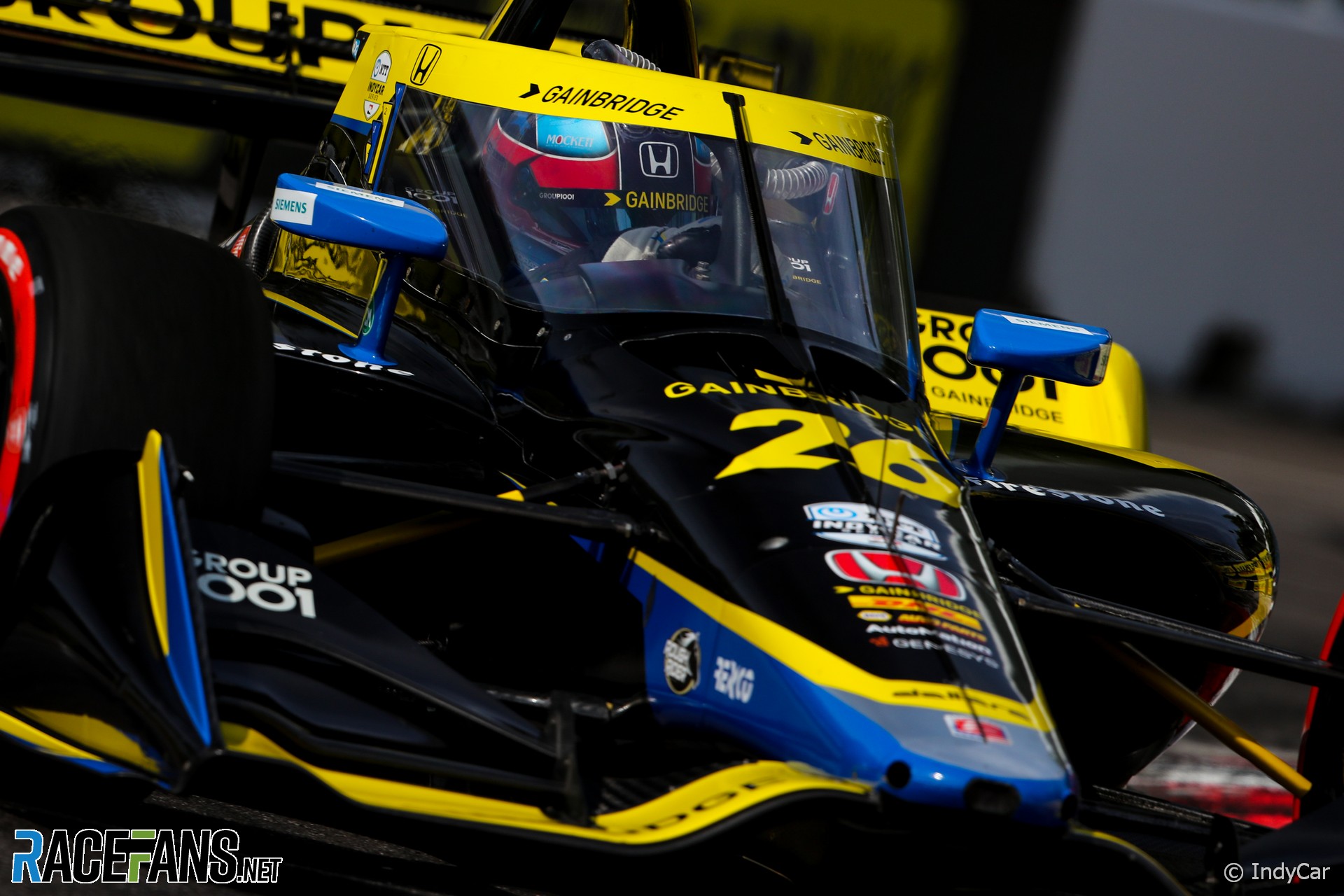 In the round-up: Colton Herta will start the second round of the IndyCar season today from pole position.

Colton Herta secured the fifth pole position of his IndyCar career in St Petersburg, coming within four-tenths of a second setting a sub-minute time around the 2.89-kilometre street course. The Andretti driver will be joined on the front row by Meyer Shank’s Jack Harvey, who equalled his best starting position in IndyCar.

A pair of champions will line up behind them: Penske’s Josef Newgarden and Simon Pagenaud. But one of the shocks of the session saw their team mate Will Power, who was aiming for his 10th pole position at the track, eliminated in the first round. The runner-up last weekend will line up 20th.

Sebastien Bourdais will start fifth ahead of Barber pole-winner Pato O’Ward. Unlike the other five drivers in the Fast Six, the McLaren SP racer opted for the black ‘primary’ tyres instead of softer red ‘alternates’.

Verschoor on top in F2 test

Richard Verschoor, who started the 2021 Formula 2 season on a temporary basis with the MP team, led the times on the second of three days of testing at Circuit de Catalunya. His best time of 1’28.280 put him almost two-tenths of a second ahead of the Campos of Ralph Roschung.

To be fair I believe there was a big miscalculation from race control in energy reduction that made it impossible to race to the end for most of the drivers. Unacceptable… #FormulaE

That was a very sporty lap @ColtonHerta 👏🏻 congrats man! Cars were flying @FollowAndretti 💯 Onto tomorrow 👍🏻 #FirestoneGP

A double near-miss in this #USF2000 crash at St Petersburg just now – Kent Vaccaro was launched roll hoop-first into the wall, then as he landed his right-rear wheel appeared to strike the helmet of Erik Evans. Both drivers got out of their cars afterwards.

A case for the Halo? pic.twitter.com/7bF3O0hXGV

UPDATE: Every driver who went to medical has been released and cleared. 👍#RoadToIndy | #TeamCooperTire

How Aston Martin got back on track in Formula 1 (GQ)

Lawrence Stroll: "With Liberty’s new game plan and the budget cap to level the playing field, I believe the asset of an F1 team will one day be between £1bn to £5bn. As a true sports asset there wasn’t going to be anything with such an upside opportunity that I could acquire at such an entry-level price."

"We would like to thank all F1 fans and related parties and, through this sponsorship, show our gratitude to them. We hope that motorsport in Japan continues to grow in popularity, in what is Honda’s final year of Formula 1 participation."

Formula E was widely pilloried for the farcical end to yesterday’s race at Valencia:

The meat of the sandwich was good, I really enjoyed some of the racing… but… the start behind the safety car and the end were both ridiculous. On the start, these are professional racing drivers, for what reason is the race starting behind the Safety Car because of a wet track? Not a good decision as Chandhok also mentioned on commentary.

With regards the end, the official Formula E said it was about energy management but it wasn’t at all, it was just pure luck. Had the last Safety Car not appeared, they would have all got to the end (well maybe not Nato, he wouldn’t have made it again). It was ridiculous for an FIA series.

Then finally, during the race Da Costa could move away from De Vries using his Fanboost. How can something that is meant to be a serious racing series have such an awful idea. It’s mickey mouse, we’re seven years in now! I don’t expect Formula E to be F1, of course not, but it would be nice if it could be taken seriously – especially as some of the racing is so enjoyable.
@John-H