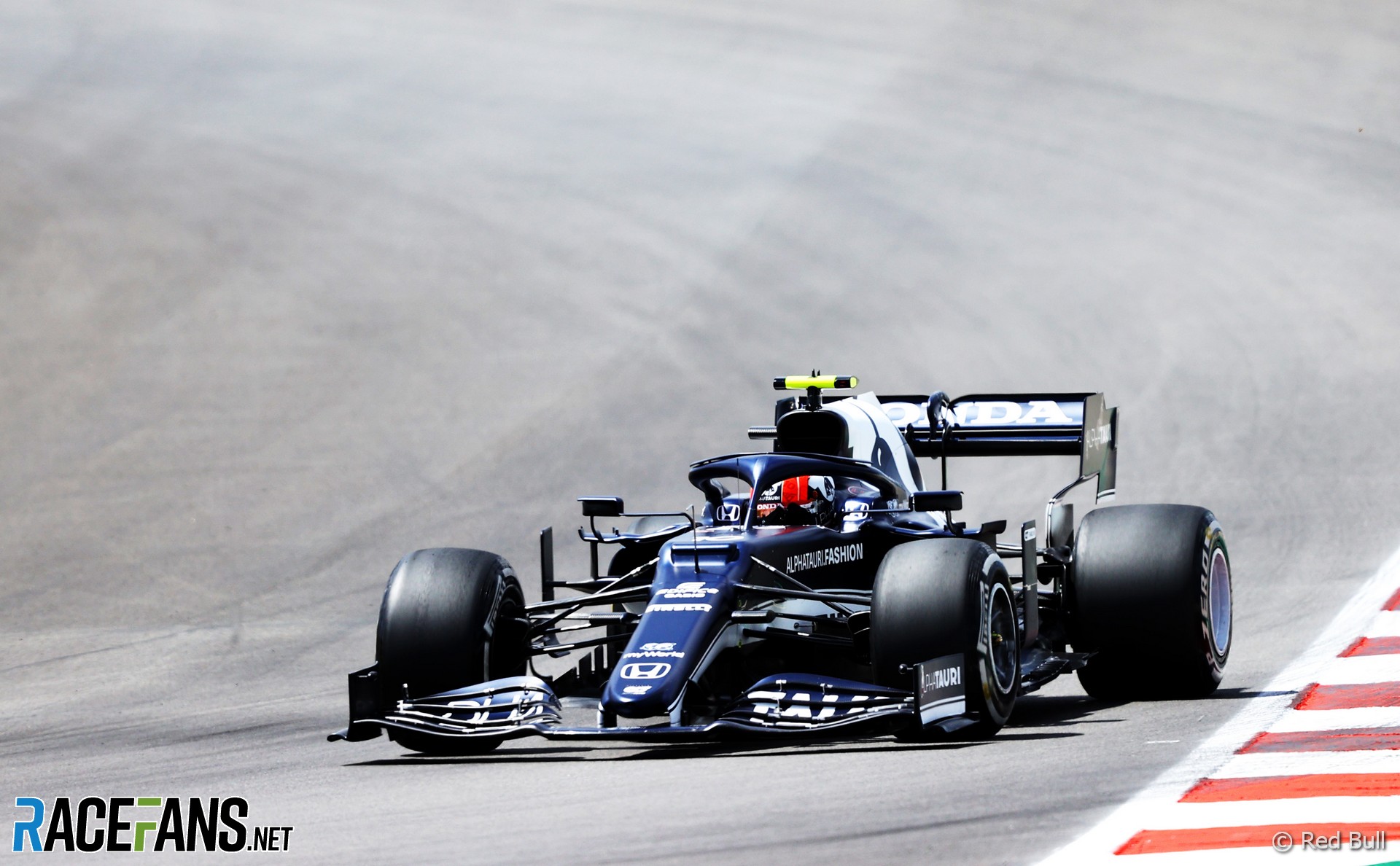 After Friday’s sessions, Mercedes and Red Bull look as strong as expected but the midfield order has been shaken up by a rising Alpine and struggling AlphaTauri.

Valtteri Bottas led the way in the opening session while Lewis Hamilton struggled to find the right temperature window on a cold track surface and finished fifth.

But the warmer afternoon session, however, saw the other Mercedes hit the top of the times, while Bottas was behind a consistently rapid Max Verstappen. Sergio Perez was third in first practice and only some problems in the afternoon session, including getting blocked on a fast lap, prevented him being more competitive in the second.

In terms of outright lap time, Alpine seem to have found the pace which has previously eluded them. The team long planned to bring aerodynamic updates to this weekend’s race. They appear to have paid off considerably.

At Imola, neither A521 was able to make the top 10 in second practice but at the Portuguese Grand Prix, they split the Ferraris for fifth and sixth place in the same session. More significantly than their place in the order, Fernando Alonso was just 0.013 seconds away from Carlos Sainz Jnr in second practice having been a second away two weeks ago.

Moving around the order less positively are both McLaren and AlphaTauri. McLaren have been a bit up and down in practice sessions this season – and were at Algarve last year too, before a strong qualifying performance by both Lando Norris and then-team mate Sainz. But they haven’t looked especially competitive on any tyre compound or stint length this weekend.

AlphaTauri, meanwhile, seemed to lose their way between sessions. In the morning Pierre Gasly placed himself sixth and within a second of Bottas’ time. But both cars seemed off the pace in the afternoon, which doesn’t bode well for qualifying, which is likely to take place in similar conditions.

“We are far too slow,” team principal Franz Tost admitted. “We still don’t understand exactly why we haven’t performed so well.”

George Russell, who was seventh-fastest behind Gasly in the morning session, said that despite coming only 13th in the afternoon, he was encouraged overall and doesn’t expect similar problems on Saturday.

“The wind really picked up in the afternoon and it is no secret that we struggle in those conditions,” he explained. “I don’t want to over-promise and under-deliver, but if the wind dies down we will improve and I think [second practice] was the worst of it this weekend.”

Tyres are tricky at this circuit. Although F1 came to the Autodromo do Algarve last season, it’s only really been just over six months since then and with motorsport events and track days both sparse, there hasn’t been as much change to the resurfaced Tarmac as one might expect even in that short a period of a normal year. It’s maybe something for teams – and Pirelli – to bear in mind, now Istanbul is back on the calendar.

Alpine said this morning that they had looked to Moto GP’s event here to see how much the grip had improved since 2020, expecting a small but significant improvement. Drivers across pretty much all the teams reported little improvement. “Visually the Tarmac looks better this year and doesn’t have that shine, or as much,” said Daniel Ricciardo. “But actually the grip wasn’t really better, it’s still very slick out here.”