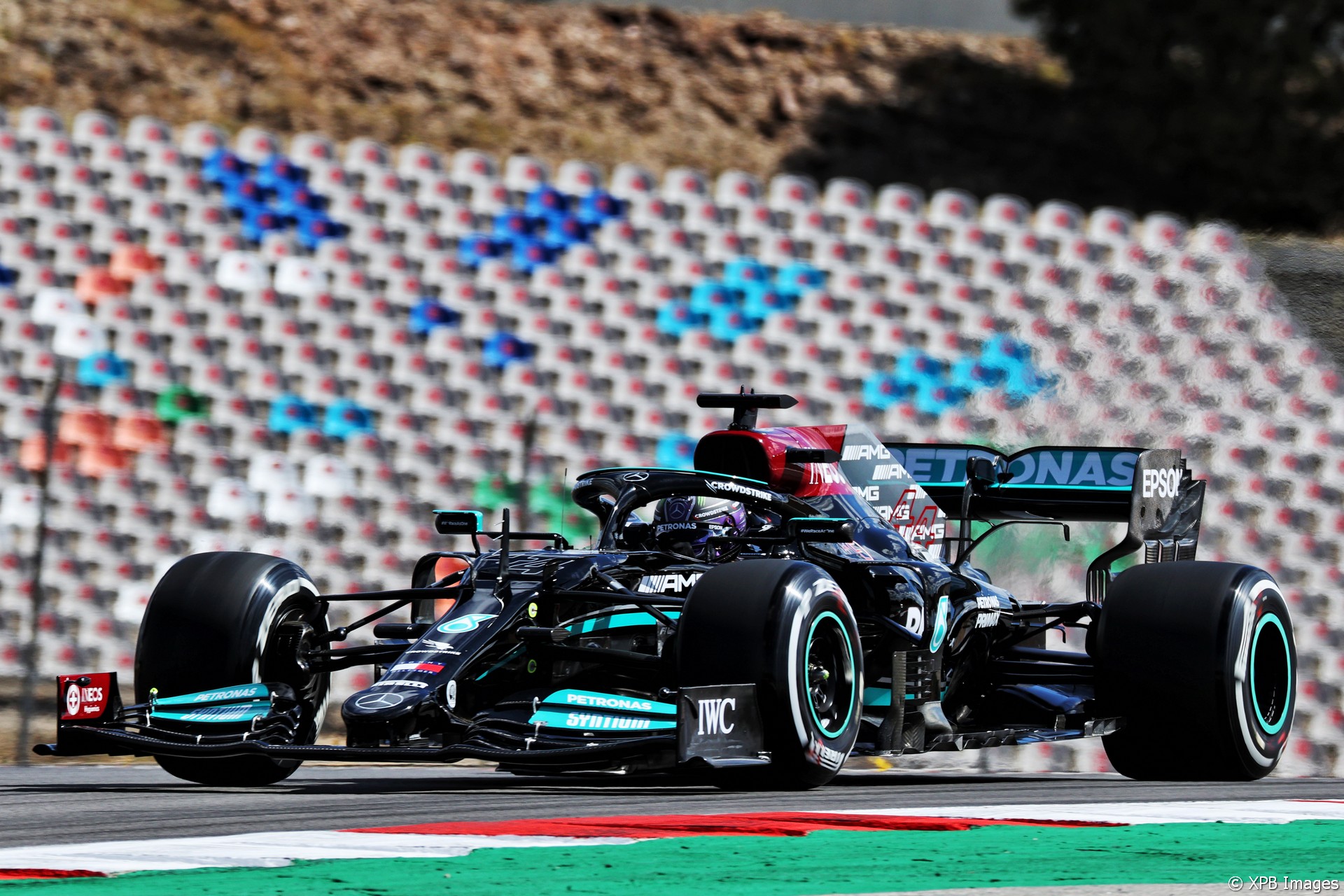 Mercedes were quickest in second practice for the Portuguese Grand Prix, but unlike in the first session Lewis Hamilton was the driver who led the way.

It was considerably windier for this session, as expected, and overall times were not as quick as the morning session. Hamilton and, close behind him, Max Verstappen were the only drivers to dip below a 1’20 lap.

A delayed start due to repairs to drainage in one of the tracks outer kerbs did not lead to a reduction in the session time, still running to an hour.

The Ferrari drivers switched their order, compared to the first session but were still able to place a car fourth, this time Carlos Sainz Jnr while team mate Charles Leclerc was seventh-fastest. They sandwiched the Alpine cars, who indicated a much stronger pace than they had previously shown this season. Bottas, Sainz, Alonso and Ocon were all within six tenths of each other at the end of the session.

No great dramas occurred, however, the track was extremely busy for much of the session with most cars out on track at any one time. That led to some complaints about traffic. Sergio Perez found Nikita Mazepin in his way while starting a hot lap and had to go for a second installation run, on a circuit where tyre windows seem to be frustrating to find. Nicholas Latifi also slid through the gravel at turn eight but was able to rejoin, after braking too hard while trying to stay off the racing line.

Max Verstappen reported early on in the session that he had a brake-by-wire failure but Red Bull seemed able to fix the issue, as he continued to set laps after a brief pit stop.

McLaren, who have shown strong pace in the first two rounds of this season, seemed a little adrift at Portimao and ended the session with Ricciardo eighth and Norris twelfth. Pierre Gasly was also uncharacteristically far down the order, in eleventh, while AlphaTauri team mate Yuki Tsunoda was fourteenth, neither with apparent issues. Sergio Perez finished the session tenth and half a second behind Verstappen.