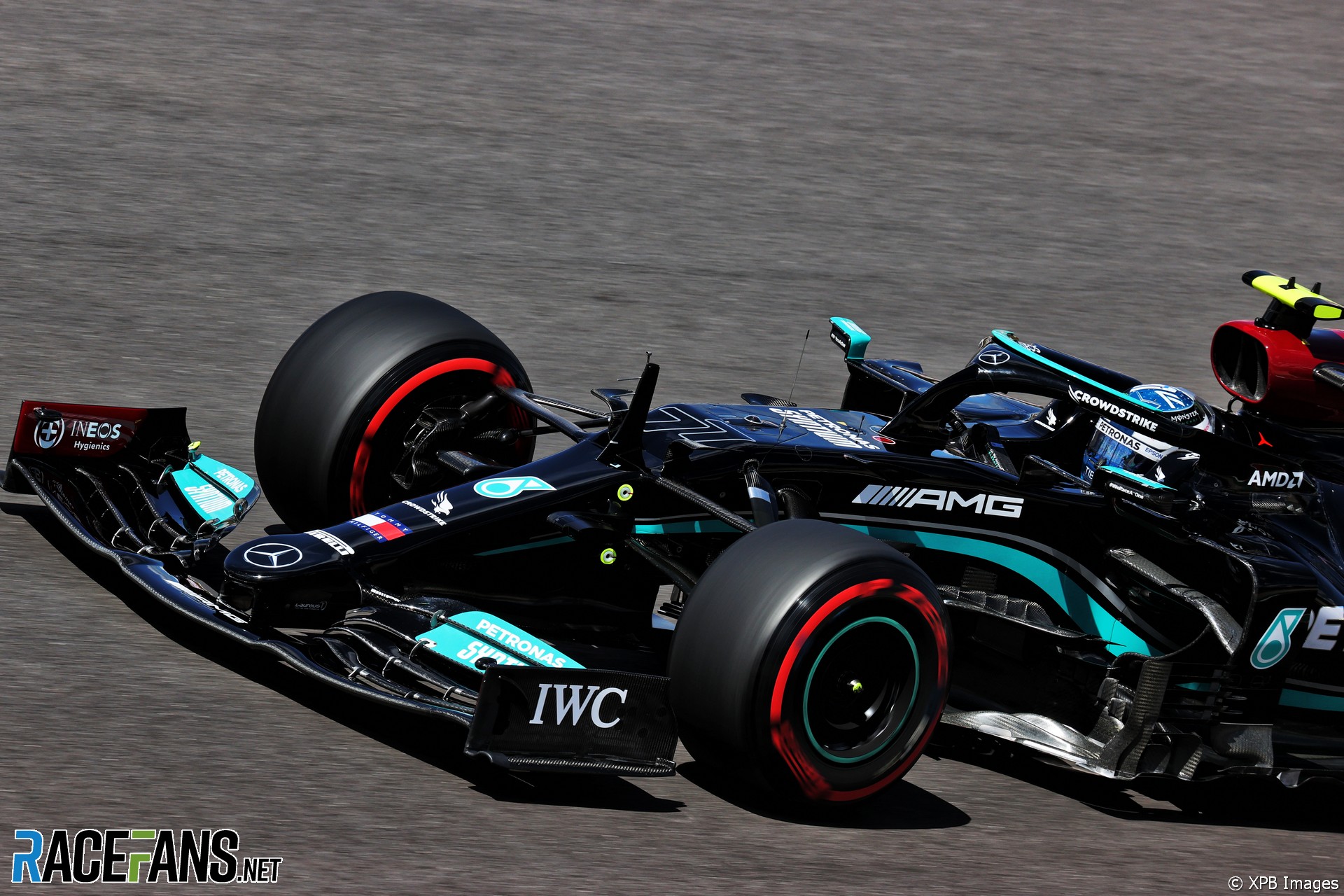 Although his team topped qualifying for the second race weekend in a row, Wolff isn’t convinced they have surpassed Red Bull in terms of outright pace.

“I’m not sure we had the fastest car, but we made a big step forward,” he said.

Although Verstappen’s lap time was deleted because he strayed beyond the limits of the track, Wolff suspects the advantage Verstappen gained was minimal, and he could have beaten Valtteri Bottas’s 1’18.348 pole position time.

“We had an 18.2 from Max that was deleted because of track limits,” said Wolff. “He’s probably gained half a tenth maybe, but no more.

“Then, on the other side, Valtteri had a very good first lap in Q3, so I would say we caught up a lot in quali, and may be on par. We think we have a good racing car.”

Wolff said the progress the team has showed at the third race of the season was down to “just crunching numbers, running in the simulator, trying to understand where the deficits lie and just grinding away, chipping away, dissecting all the gaps.”

“Contrary to what the belief is, there is never one silver bullet,” he added.

The team’s decision to switch from soft tyres to the harder medium compound during Q3 appeared to backfire as neither Bottas nor Lewis Hamilton improved their lap times. But Wolff doubts the decision was an error, as other drivers who repeated their tyre choice were unable to improve their lap times.

“We were on target to do a 17.7 on the medium and then we took the decision that we would see how the soft run would go in Q3, the first soft run, and then decide whether we take a medium or soft. Then the decision was taken to take a medium because the times were slow, the 18.3 that we had.

“In hindsight, was it the right decision? I have no idea. It is what it is, nobody can get really much faster on the second run, because as I said, Max was on an 18.2 and then ended up on a 18.7.”