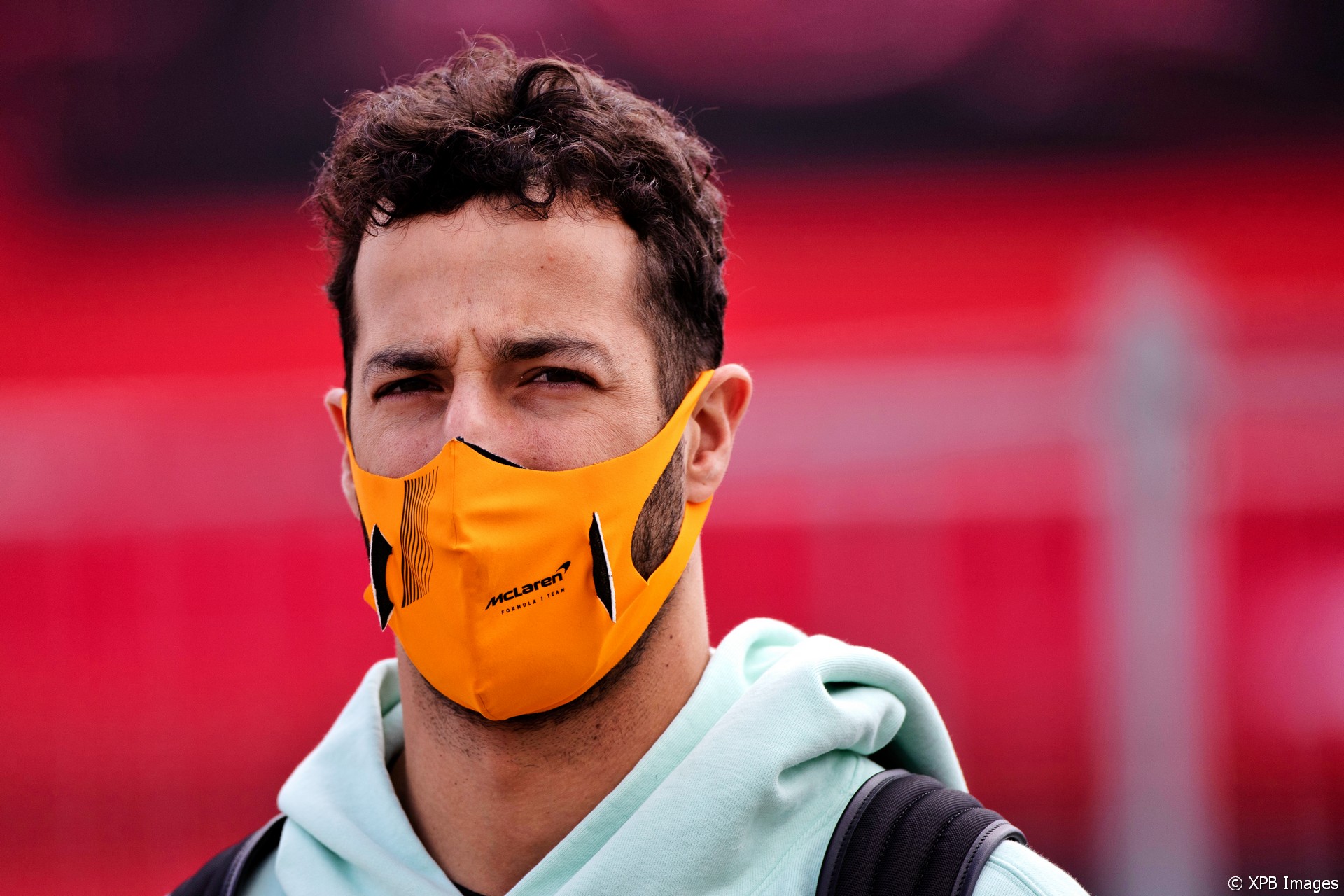 Two weeks ago at Imola, Daniel Ricciardo took the chequered flag almost half a minute after his team mate.

While Lando Norris grabbed his second Formula 1 podium, Ricciardo had given away around a second per lap to his team mate between the restart and the end of the race. Earlier in proceedings McLaren had made the call every driver hates to hear: Ricciardo was asked to pull over and let his team mate pass.

He complied, but it was a painful moment for the seven-times grand prix winner. Ricciardo has joined McLaren in the hope this will be the team which finally gives him a title-contending car. But for now he’s grappling with an unfamiliar machine and a stunningly quick team mate who’s out-scored him twice in as many races.

It’s still early days. What’s more, he is not the only experienced hand in a new car this year and several of the others – Sebastian Vettel at Aston Martin, Carlos Sainz Jnr at Ferrari and Sergio Perez at Red Bull – found Imola a tougher test of their familiarity with their new cars than Bahrain had been.

“I think it’s been difficult,” Ricciardo admitted in an interview with select media including RaceFans when we broach the subject of his new car and team mate.

“Saying that, in Bahrain I out-qualified him in race one. So probably looking at Bahrain, it didn’t look that difficult.

“But then looking at Imola, I wasn’t as quick in quali or the race. I don’t know if it’s that or [because] this car is certainly different to drive. Probably even more so than the Renault when I jumped in that.

“It’s probably just more like my technique needs to adapt a little bit. And I think that technique I’ve been doing for quite a few years so probably getting out of that, that’s a tricky part.”

McLaren is Ricciardo’s second change of teams in three years. But when he sensationally defected from Red Bull at the end of 2018, Ricciardo at least had the continuity of working with the same engine manufacturer at Renault.

This time he has both a new car and power unit – a Mercedes – to get used to. But he isn’t using either as a justification for his deficit to Norris.

“All the power and stuff, I don’t think that’s really too much of an excuse,” he says. “They’ve got their stuff pretty sorted.”

Ricciardo believes accumulated experience in the same team counts for a lot due to the maturity of the current technical regulations.

“We’ve been driving these cars to the limit for a few years, so everyone who’s been in the same team for probably the last couple of years is pretty comfortable and knows where the cars are,” he says.

“And I think the level also, especially these younger kids, they’re lifting it. So there’s that as well.”

This didn’t come as a surprise to Ricciardo when he arrived. “I definitely came in with an open mind,” he says.

“I saw my growth through Renault over the first few races and then over the course of the two years. So I knew that by race one I could feel prepared but I kind of know in my head that by race 10 I’m going to be driving the car better than I have in race one.

“So I was definitely aware that I wouldn’t be at one hundred percent and that’s unavoidable.”

Ricciardo, now in his 10th full season of F1, has several years more experience than Norris. But he has no qualms about heaping praise on his team mate’s Imola performance.

“Obviously I’ve never been team mates with Lando before but I do think that he’s probably taken another step and driving really well.

“His [qualifying] lap in Imola was really something. I don’t think there was probably anything more out of the car in that scenario. So he obviously feels very comfortable and you can tell he’s willing to push the car on the limit, for sure.”

But given Ricciardo’s track record, and despite the early stage in the season, questions are already mounting when he will reach his team mate’s level. He says he has no need to pay attention to it.

“I don’t read a whole lot [of coverage] but of course things are going to get put in front of you. So you do see some things.

“Speaking to Zak and Andreas in the days after the race, they were just like ‘dude, relax, it’s race two’. Like ‘we know you’re talented, we know that you’re capable, so don’t put any unnecessary pressure, we appreciate you want to do well quickly and we like that, but don’t over-drive and start over-thinking’.

Above all, Ricciardo’s faith in himself is unshaken by what he and the team clearly expect will be a short-term blip as he settles in.

“In every category I raced, at some point I won – or if I didn’t win a championship, I won a race,” he points out. “F1 has gone through many changes, I drove the V8s and everything, so I’ve always been able to figure it out.

“Obviously I’m stubborn, I’d like to figure it out sooner. But I have no concern.

“On Sunday night, for sure, everyone was celebrating for Lando and I would love, obviously to be up there as well. But by Monday I was completely switched again and ready to work and get better.”