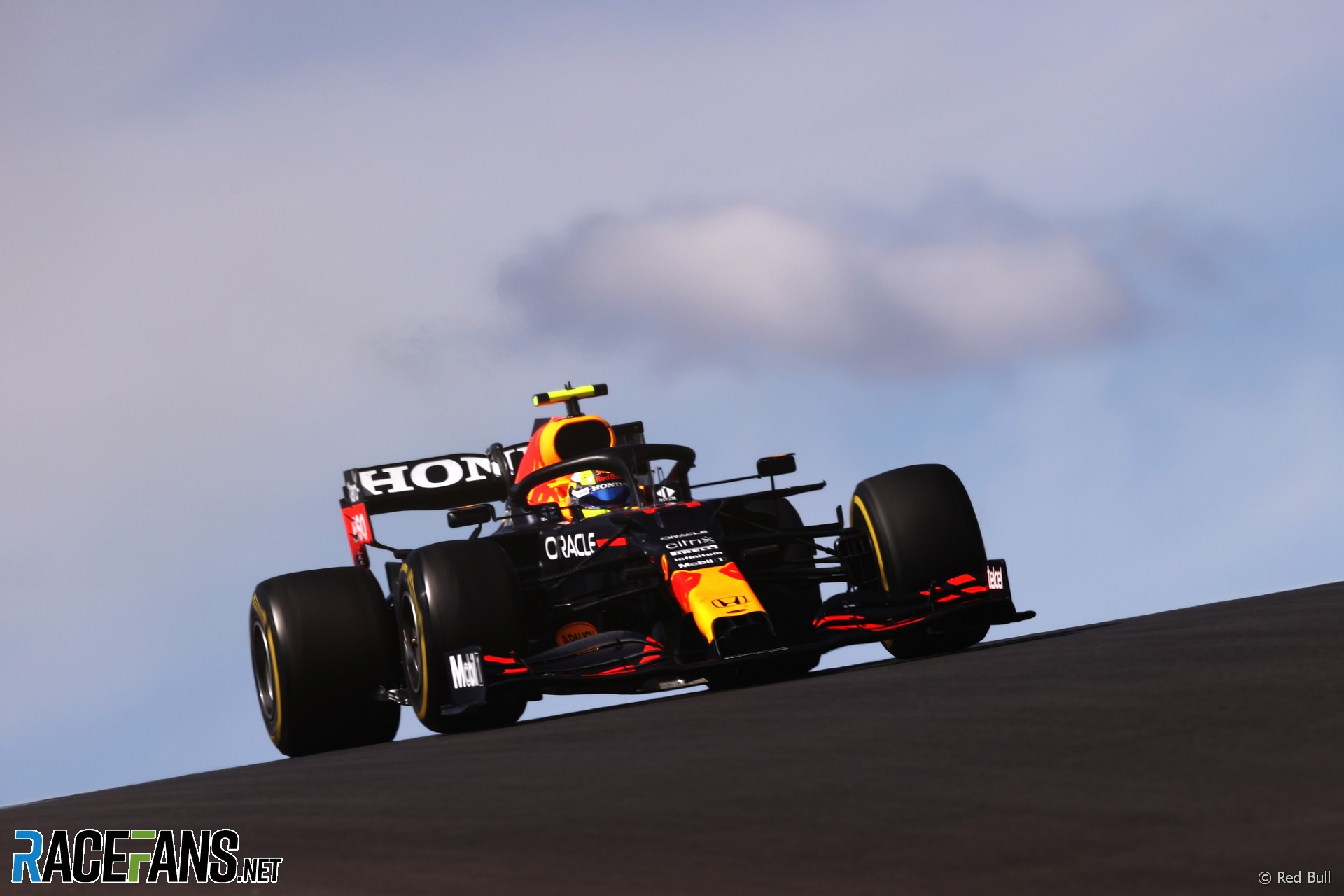 Sergio Perez was pleased with his fourth place finish in the Portuguese Grand Prix but said he is still in the process of getting comfortable at Red Bull.

Despite leading part of the race, Perez slipped back to fourth at the finish, where he also qualified.

He said that he lost the chance to challenge for a podium position in the race’s early stages, beginning with the start, where he was passed by Carlos Sainz Jnr.

“I made it a bit messy here, everything,” Perez told Sky. “It started off the line – being on my side, there wasn’t a lot of grip and I went straight into wheelspin so I lost a position to Carlos.

“Then I recovered the position after the restart, but then I lost it to Lando into turn five.”

He initially didn’t resist Norris’ move as Perez had believed the McLaren driver would be told to switch back for track limit violations, something he spoke to his team about, repeatedly, on the radio. “I looked at my mirrors and I thought Lando was totally off the track limit.

“Therefore, I didn’t fight the position hard enough, thinking that he was going to give me back the place,” he explained. “But I probably misjudged that one.

“It took me a couple of laps to get past Lando and that created a gap to the leader that I was basically off the race by then.”

Perez was later able to catch and pass Norris, and was happier with his car’s handling in his third appearance for the team.

However he said he’s “still far away” from feeling completely at home in the car.

“It’s just a process, I guess. And hopefully very soon I can be at home with the race, with the team and very much feel with it.”