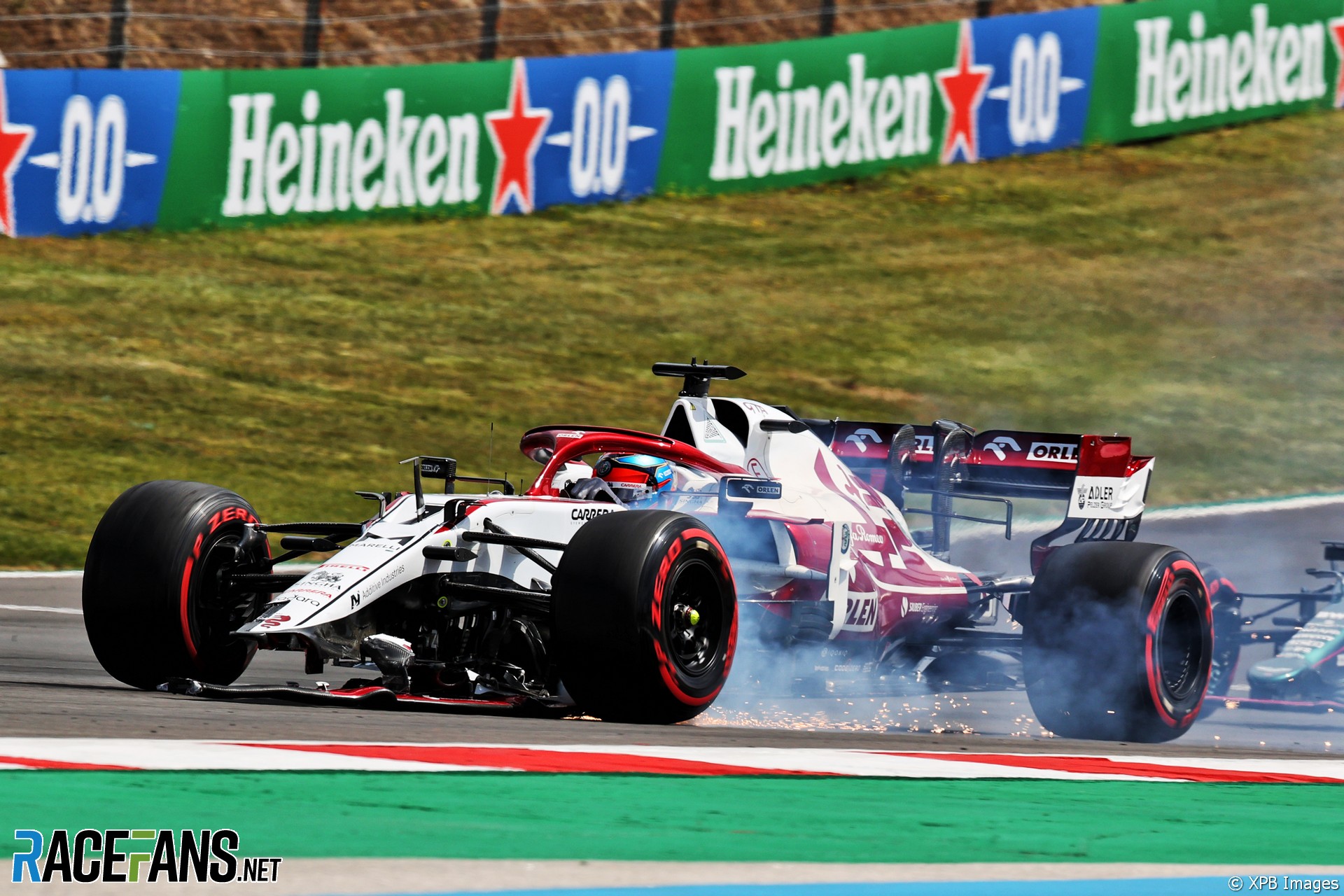 Kimi Raikkonen took full responsibility for his race-ending collision with his Also Romeo team mate, admitting he was changing a switch on his steering wheel at the time.

He made contact with Antonio Giovinazzi the second lap of the race began. Raikkonen was in Giovinazzi’s slipstream as the pair joined the pit straight.

Giovinazzi moved right to defend as his team mate drew closer. Raikkonen initially followed him, then began to move to the left. He hit Giovinazzi’s left-rear with his front wing.

The wing folded under the front of Raikkonen’s car, and as he reached turn one he realised he wasn’t able to turn in. He skidded into the gravel trap where he retired.

Raikkonen admitted the error was entirely his, explaining that he was distracted by trying to change a setting on his steering wheel at the time of the collision.

“Basically, it was my mistake,” said Raikkonen. “I was checking something on the steering wheel, changing a switch. I got it wrong out of the last corner and had to check it again and just drove into him. So purely my mistake.”

Raikkonen received an order to take “K2 off and brake comp two, urgent” from race engineer Julien Simon-Chautemps as he rounded turn 13 before the contact was made.

While Raikkonen retired, Giovinazzi was able to continue, ultimately finishing in 12th place. Giovinazzi says once it became clear he had not suffered a puncture in the collision, he was no longer worried.

“I haven’t spoken yet with Kimi, but the team told me that he was changing something on the steering wheel,” says Giovinazzi. “But it’s okay. Luckily we got no puncture.

“I felt it a bit. Not massively. I was only worried about a puncture, but in the end it was fine.

“After that it was a clear race from my side. I had some fun with Fernando at the beginning and some fun with Sebastian at the end. But we started P12, we were faster than the Aston Martins and slower than the Alpines, so it was not enough to get into the top 10.”