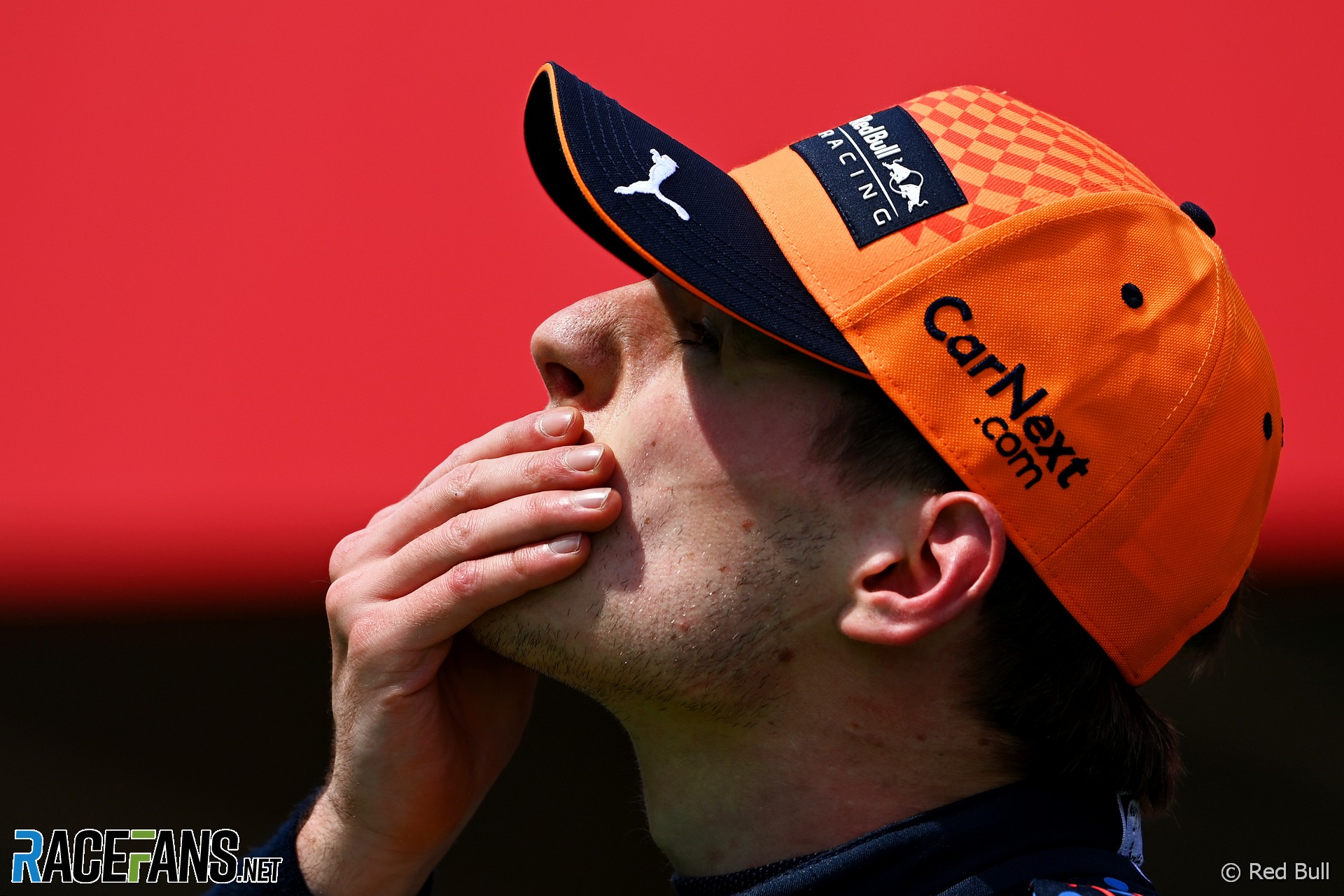 Formula 1’s perplexing track limits rules have detracted from a great title fight between Lewis Hamilton and Max Verstappen so far this year. Will that change in Spain?

Has Verstappen done his homework?

Three races in, the title fight between Max Verstappen and Lewis Hamilton is showing encouraging signs of going the distance. Following Hamilton’s little-troubled progress to last year’s title, seeing him and Verstappen go wheel-to-wheel in the opening three rounds of the new season has been a real treat.

Regrettably, Formula 1’s persistent inability to come up with track limits rules which are consistent from corner to corner, or even from session to session, has detracted from the on-track action. It doesn’t seem likely to change any time soon. Last weekend saw dozens of lap times deleted for track limits infringements, and varying standards applied multiple corners, which changed more than once over the course of the event.

Infuriating it may be, but it seems we’re stuck with it, and that goes for championship contenders as much as spectators. And it’s an area where Verstappen has been founding wanting twice in the opening three races.

On Sunday he emerged from his RB16B convinced he’d taken the bonus point for fastest lap of the race, only to be told it had been deleted because he went wide at turn 14. Verstappen felt that was “odd”, but the third and final version of the track limits regulations issued ahead of final practice clearly indicated the penalty he risked by going as wide as he did.

In Bahrain, too, it seemed Verstappen had either not checked the updated guidance on track limits issued during the weekend, or missed a trick when he did. He was halfway into the race before realising he could run wide at turn four, as Hamilton repeatedly did, gaining a few tenths of a second per lap.

It’s an illustration of the attention to detail which could prove critical in determining the outcome of this title fight. But it may prove less of a concern this weekend. Most of the corners at Circuit de Catalunya feature either gravel traps or steep kerbs, and there is a well-established policy for drivers who run wide in the quick turns one and two, which is usually the best spot for overtaking on the track. There have been no changes to the track limits rules since last year – so far.

Is Catalunya still a Mercedes stronghold?

Mercedes’ run of consecutive pole positions at this track began before the V6 hybrid turbo era. Last year they claimed the top spot for the eighth year in a row, Hamilton a very comfortable seven-tenths of a second clear of the nearest non-Mercedes, which was Verstappen’s Red Bull.

Since the hybrid era began, Mercedes has won every race here in which their two drivers did not take each other off at the start. That notorious collision between Hamilton and Nico Rosberg opened the door for Verstappen to win on his debut as a Red Bull driver at this track five years ago.

Are Mercedes still the team to beat here? Red Bull had a clear lap time advantage when the season began, but that gap has clearly narrowed since. (Indeed, on outright lap time, Red Bull were the third-quickest team in Portugal, but that owed a lot to circumstance.)

Passing is formidably difficult at this track, so if Verstappen can secure pole position he stands an excellent chance of ending Mercedes’ run of success in Spain, and perhaps even prising the points lead from Hamilton’s hands.

Can Norris cement his position as midfield leader?

Lando Norris is on an exceptional run of form at the moment. Since the final race of last year, the McLaren driver has been ‘best of the rest’ in every grand prix, taking the chequered flag with only Mercedes or Red Bull rivals ahead of him.

It’s hard to imagine he’s going to hang on to his third place in the championship ahead of Valtteri Bottas and Sergio Perez. But there are encouraging early signs for McLaren that they can repeat the third place they achieved last year. What they need now is for Daniel Ricciardo to get up to speed, and start taking more points off the Ferraris.

Was Alpine’s Algarve form a one-off?

After a disappointing pair of opening races, Alpine were the fourth-quickest team at Autodromo do Algarve. Esteban Ocon and Fernando Alonso left the Portuguese Grand Prix with solid points finishes.

Alonso admitted during the weekend the team were not sure how much of that was genuine progress and how much might be track-specific. But he’s well aware a return to Q3 is vital if he is to add to his points haul at home.

What difference will the new turn 10 make?

The original, sweeping turn 10 at the Circuit de Catalunya was replaced in 2004 with a much sharper bend. It was hoped this would encourage more moves for position. It’s debatable whether it has.

Now the corner has been replaced by something much closer to its original form. The turn starts earlier than the original bend, leaving more room for a gravel trap to catch out anyone who goes in too deep. Lando Norris has some misgivings about the new bend, but we’ll discover soon enough what real different it may make.

George Russell wants to see other changes to the track – specifically, the removal of the awkward and slow chicane which was installed at the end of the lap in 2007 to slow the cars’ arrival onto the main straight. But it remains to be seen whether F1 will even be racing here again next year.

Does the race have a future?

The Spanish Grand Prix is one of F1’s heritage races. First held in the second year of the world championship, its current home has held a race every year for three decades.

But its current contract expires at the end of this year, and it remains to be seen whether it will be renewed. The new Miami Grand Prix will appear on the 2022 F1 calendar and will take place around this time of year.

Spain has two drivers of note in the field: Two-times world champion Fernando Alonso, and Ferrari’s Carlos Sainz Jnr. With competitors of that calibre in prominent manufacturer teams it would seem F1 can’t afford not to have a race in Spain. But the success of Sebastian Vettel and Mercedes hasn’t kept Germany’s round on the schedule, so why should this race be any different?

Who do you think will be the team to beat in the Spanish Grand Prix? Have your say below.