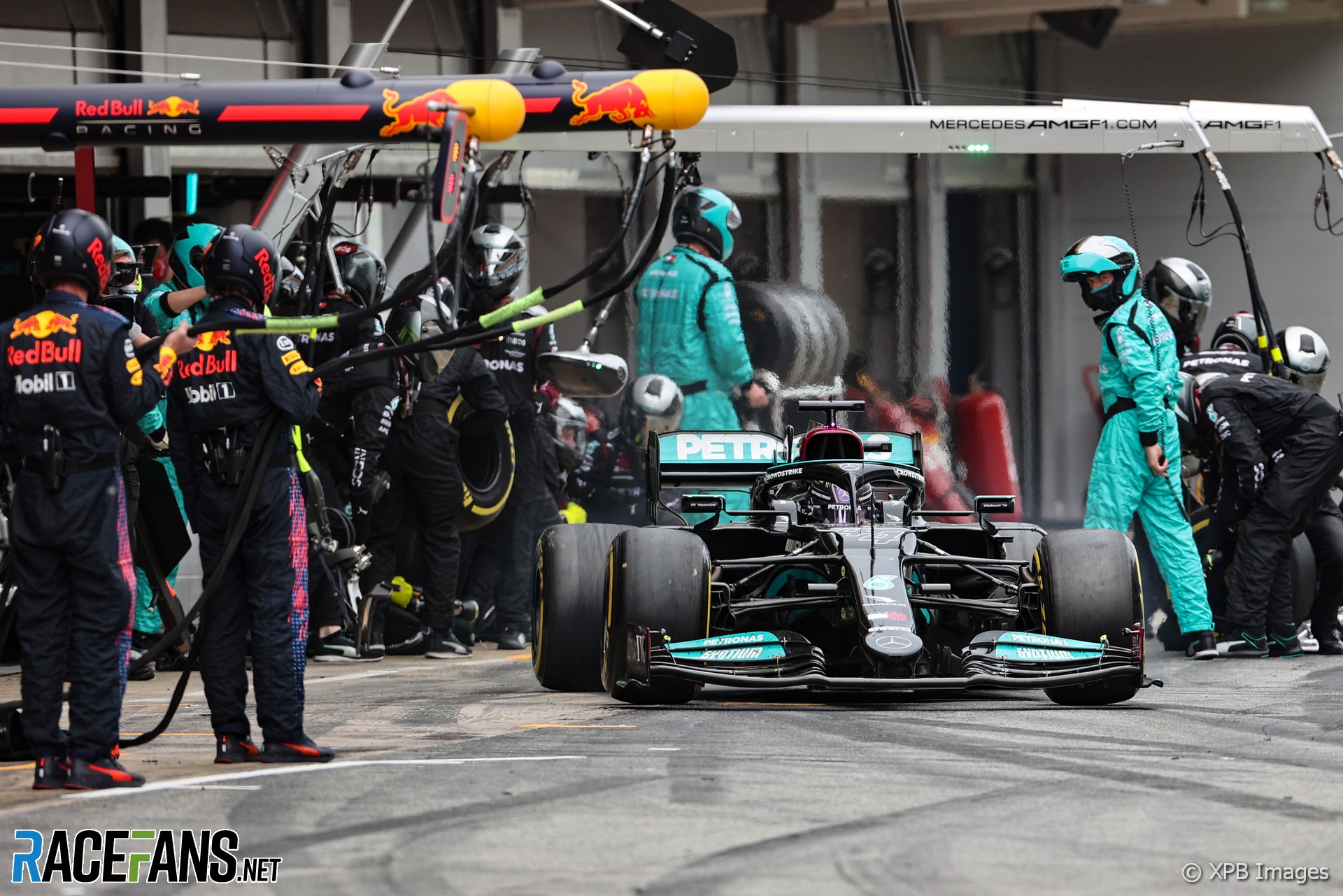 Mercedes CEO Toto Wolff admitted it was a difficult decision to bring Lewis Hamilton in for a second pit stop when he seemed poised to pass Max Verstappen for the lead.

He praised the team’s strategists, led by James Vowles, for the call to give Hamilton a second pit stop which allowed him to catch and pass Verstappen to win.

“I really need to take my hat of to the group of strategists led by James and all the group back in Brackley,” said Wolff. “They are just fantastic mathematicians and strategists coming up with all the simulations.”

“At they end they said ‘in our planner if you were to stop now we would end up catching him one lap to the end and we would have a tyre differential of 1.4 seconds and we believe it is enough’.

“In the end, we trust them and we trust the data. But they were terribly wrong! We caught him four laps to the end.”

“It was nevertheless still a difficult call because Lewis was so close to Max, in his DRS, before we decided to go on the two-stop,” said Wolff. “And this is really where the strategy team comes into play saying the probability’s higher that we overtake him at the end of the race than now on a tyre that is only five laps young.”

Having narrowly beaten Red Bull to pole position at Circuit de Catalunya, Wolff said Mercedes appear to be more competitive than their rivals in race trim.

“I think on pace it very much swings in Red Bull’s favour on Saturday. Probably on Sunday towards us, our car seems to be good on the tyres.

“But racing is very different than on the Sunday. We had almost faultless execution and today we were behind. We were behind but we were in a position to make that call because we had the gap. Then you have less to lose: You end up second on the road, where you are anyway, or first.”