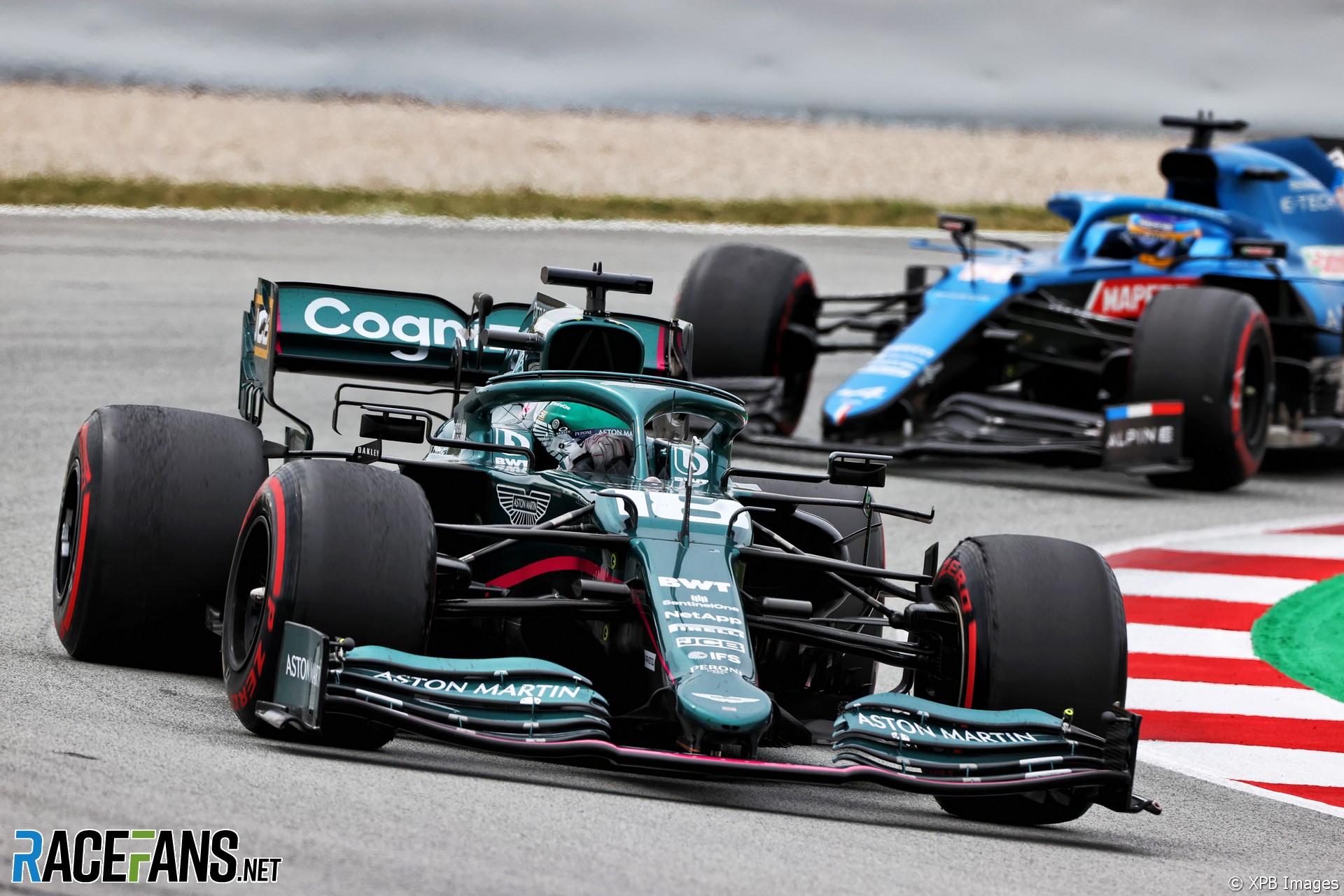 Lance Stroll has been cleared by stewards after he failed to follow the correct procedure for rejoining the circuit at turn two after being pushed off the track by Fernando Alonso.

The stewards showed leniency after ruling Stroll had attempted to return to the track correctly after taking to the run-off area, but was unable to do so. They also cleared Alonso of responsibility for contact between the pair which led to Stroll running wide.

Stroll attempted to pass Alonso for 10th around the outside of turn one on lap 61. The pair made contact at the apex of the corner, sending the Aston Martin onto the run-off on the inside of turn two and over the speed bumps.

Although Stroll rejoined the circuit before turn three ahead of Alonso, he lifted off to allow Alonso through, as well as the approaching Mercedes of Valtteri Bottas who was lapping the pair of them.

In rejoining the track before turn three, Stroll failed to obey an instruction to drivers that they must “rejoin the track by driving to the left of the two bollards located before the entry to turn three” if they went off at turn two.

“Stroll was forced off the track between turn one and turn two in a racing incident with Alonso and as a result of the incident was forced behind the apex kerb at turn two,” the stewards noted. “Stroll explained to the stewards that he then steered to the left towards the bollards at the exit of turn two. This was apparent from the in-car video.

“He then drove over one of the lateral kerbs behind turn two and the momentum and speed over the kerb forced him to the right. Even after this, Stroll continued to try to steer left.

“The stewards were satisfied that Stroll made every attempt to steer around the bollards until it was not possible to pass behind them. Alonso, who was in the hearing agreed that this was the case.

“Having not passed behind the bollards, Stroll then rejoined the track safely and deliberately slowed and let Alonso and Bottas, who was lapping, to pass him, eliminating any possible lasting advantage. The stewards were therefore satisfied with Stroll’s actions and take no further action.”

The event notes for the race state that the rules on rejoining the track may not be enforced if a driver is forced wide by a rival.

The stewards also determined Alonso drove correctly when the pair made contact. “Stroll was making a pass on Alonso on the outside of turn one. Alonso, who was on older tyres, moved as far as possible onto the apex kerb of turn one, but was unable to hold the car’s line.

“The stewards determined that throughout the incident Alonso took all appropriate action to try to avoid car 18, but was unable to do so, forcing car 18 off the track at turn [one]. In the hearing both driver fully agreed that this was a racing incident and the stewards concur and take no further action.”

The pair finished outside the points, Stroll in 11th, Alonso 17th.