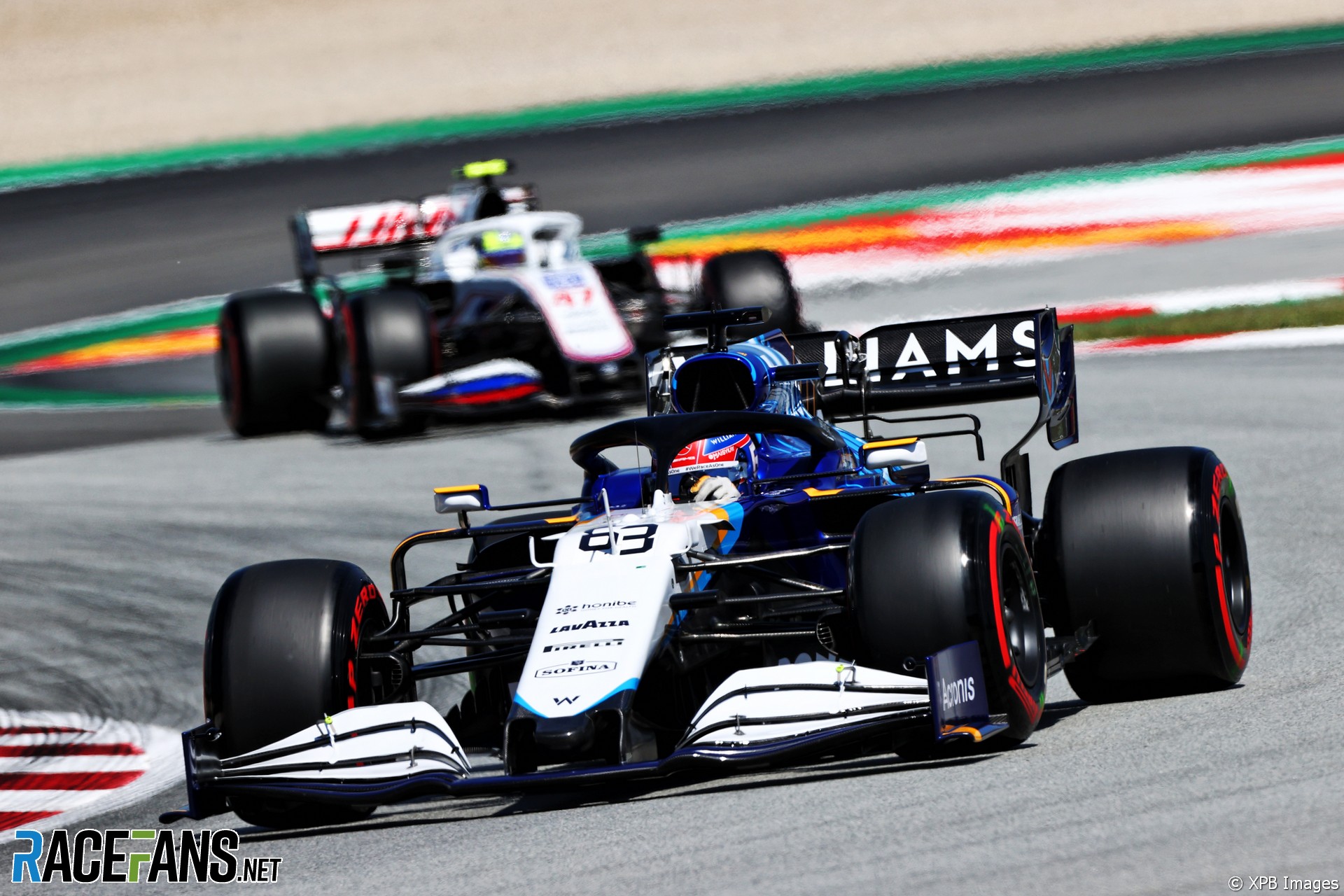 George Russell said his Williams was far better to drive in yesterday’s Spanish Grand Prix, despite dropping out of contention for a points finish in the latter stages of the race.

Calmer, less windy conditions during yesterday’s race meant his car handled more predictably than it had at the previous round in Portugal, he explained.

“We did a really good job with the car,” said Russell after the race. “The car felt today the best it’s ever felt, to be honest, in a race, probably the best I can ever remember.

“That just makes it so joyous to drive compared to normal. Most of which I put down to just a calm day. We know the beast we have.”

Following the last race in Portugal, Russell said he and team mate Nicholas Latifi need calm weather conditions to be able to get the best out of the FW43B.

“It was just a calm and consistent day today. The wind was less than 10 kilometres an hour with minimal gusts, which just made the car consistent to drive.

“And when it’s consistent, as a driver, you can drive around it. And I think that’s something Nicholas and I have really struggled with, especially in Portimao, that was really exposed, it was just incredibly inconsistent.

“As a driver you lose all the confidence, then it has a negative effect on the tyres and then you just have this downward spiral. Whereas in days like today when the car’s nice and consistent, as a driver can really push it to its limit, you can manage the car as you wish, manage the tyres as you wish and really optimise everything.

“Don’t get me wrong, I’m sure a lot of people felt like their car felt better today. But I think we take a bigger jump in both directions when these conditions are favourable or not.”

Russell ran as high as 10th in the latter stages of the race, before slipping to 14th place as his tyres degraded. However he praised the team’s ambitious strategy, having pitted under an early Safety Car period in the hope of being able to run to the end without taking fresh tyres again.

He spent much of the race running close behind Fernando Alonso, but doubted he could have finished higher if he’d passed the Alpine.

“We did a really great job pitting under the Safety Car at the beginning, effectively almost doing a one-stop.

“Had I just managed to clear Alonso then who knows? I think actually having Alonso ahead of me helped keep those faster cars behind because I had the DRS. They have half a second of car pace and probably one second of tyre pace. It would have been an incredible task.

“But I’m really pleased that we rolled the dice and we found ourselves in that position.”