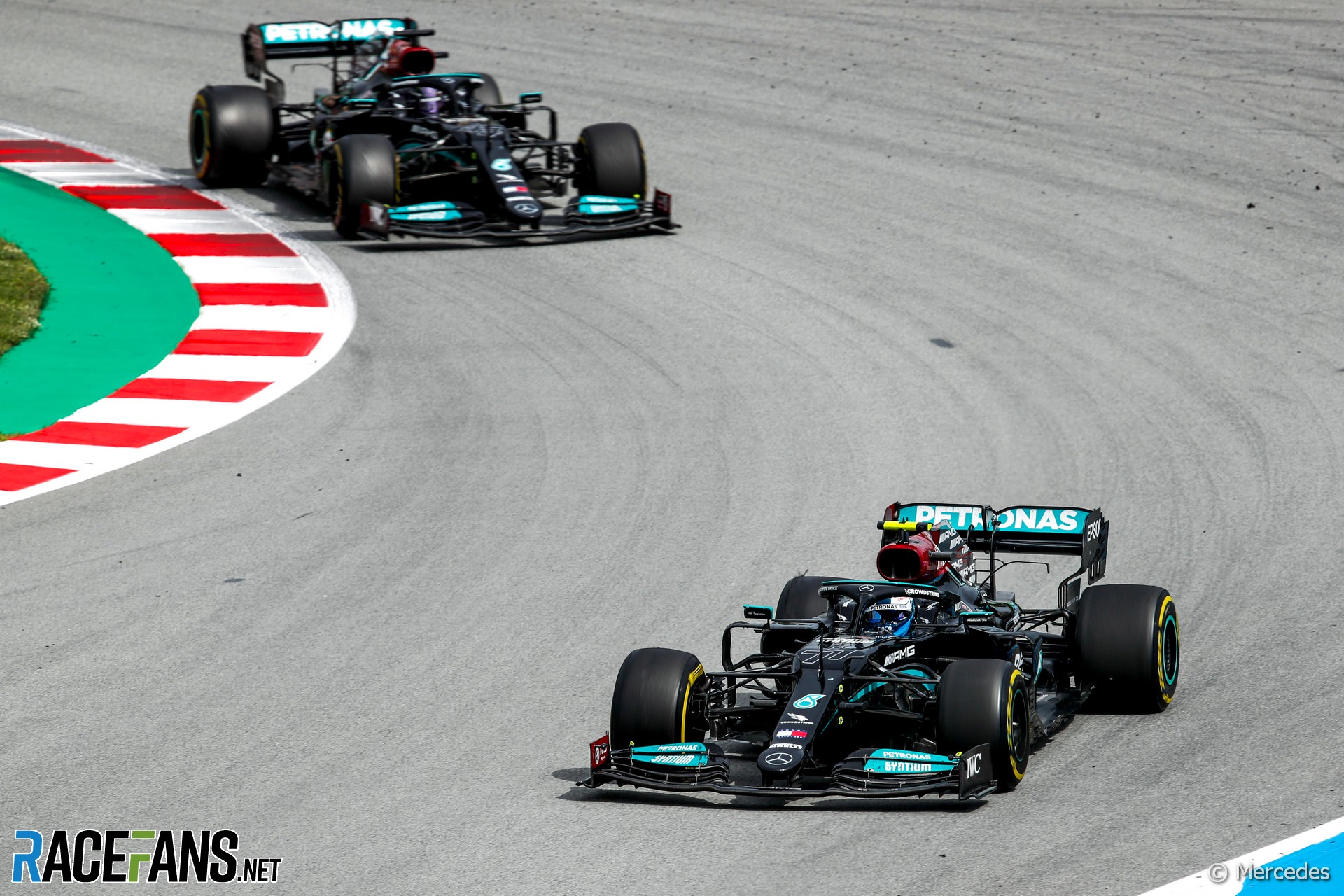 Mercedes CEO Toto Wolff says he would be “more critical” of Valtteri Bottas’s slow reaction to team orders in yesterday’s Spanish Grand Prix if it had cost them victory.

Bottas admitted he didn’t react as quickly as he could have done to his team’s instruction to let Lewis Hamilton overtake him, while his team mate was chasing race leader Max Verstappen.

Although he lost over a second passing his team mate, Hamilton eventually caught and passed Verstappen to win the race. Wolff, a former racing driver, understood Bottas’ reluctance to make way for Hamilton.

“Racing drivers’ instincts are what they are,” he said. “We would have wished that maybe, because Lewis was on a totally different strategy, he would have come through faster, a bit quicker. But at the end, we scored the result.

“I can relate to Valtteri that he had a tough day again and you’re annoyed. If it would have lost the race, I would be more critical. But at the end it’s something we can learn of. And it goes both directions, and this is what we will be discussing, but in a very camaraderie-like way.”

Bottas was advised several times not to hold Hamilton up before being caught by his team mate. Hamilton said he was unaware of the instructions Mercedes had issued before he passed Bottas at turn 10.

“Then obviously when we went into turn 10, we were on massively different strategies so I was going to get him at some stage because I had much better tyres. And we were going into turn 10 and I thought there was a gap there and I wasn’t quite sure. Then there was a gap and Valtteri was completely fair.”