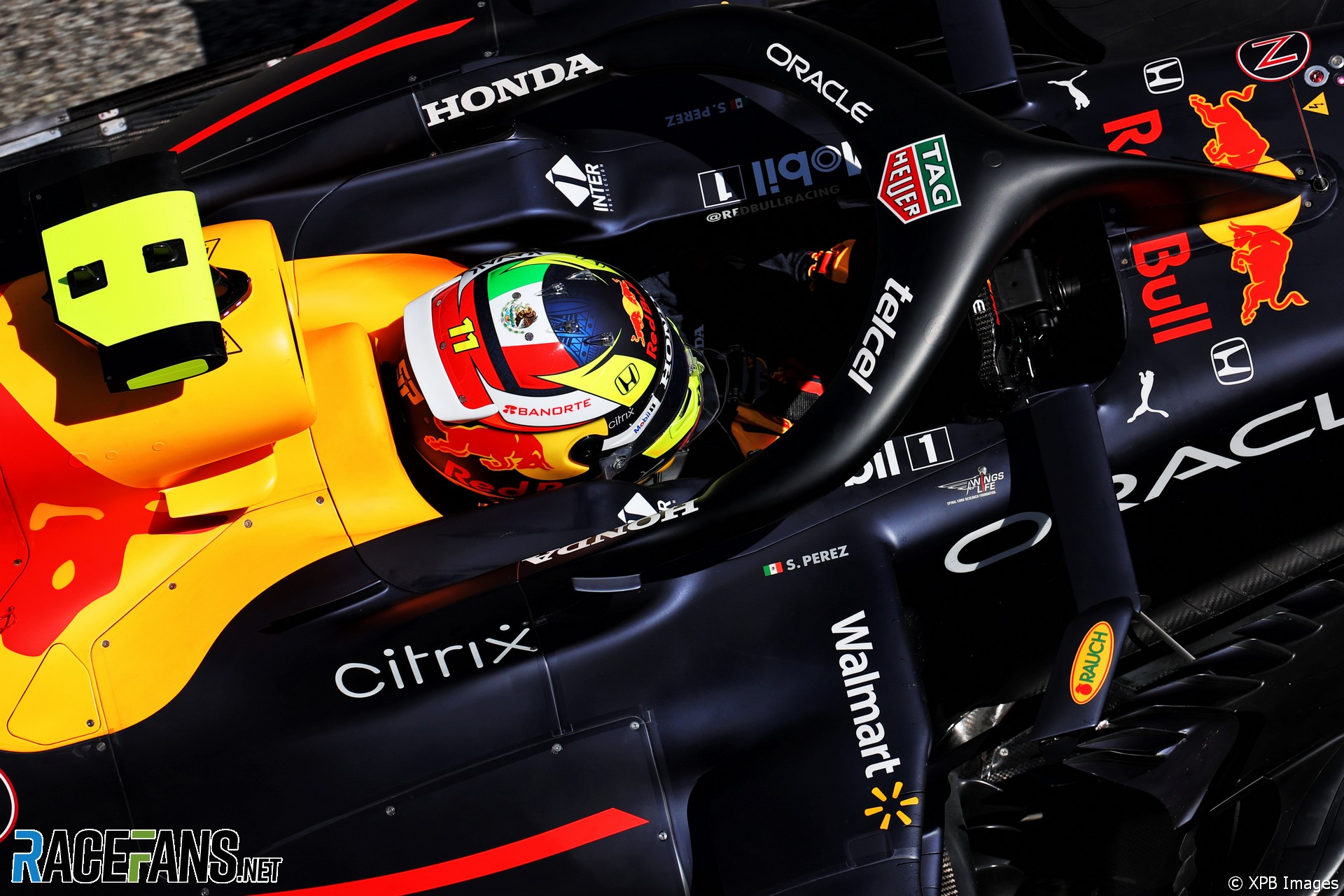 Sergio Perez says F1’s shorter practice sessions this year are making it harder for him to get up to speed in the Red Bull.

The team’s new driver qualified eighth in Spain after suffering shoulder pain on Saturday. Perez said the symptoms eased on Sunday and he felt “a lot better” during the 66-lap race.

He made progress in the race, rising to finish fifth. “It’s important to keep making those steps and put the whole weekend together,” Perez said. “It just takes me a bit too long to get up to speed when we go to a new circuit.”

But after four races with Red Bull, Perez admitted he’s “not there with a car yet.”

“You see that things are coming, but not together. But I think once we are able to put them together we have the pace to be able to go pretty quick.”

Friday’s practice sessions have been cut from 90 minutes to 60 this year. Perez said the loss of an hour’s running every weekend compared to last year has delayed his progress.

“I’m getting more confident with the car, obviously. Every time I get to the end of the week I’m like, I wish the weekend just start now because. Given how limited track time is it is very hard to get up to speed.”

Perez’s discomfort on Saturday, when he spun during Q3, compromised his entire weekend. However he was able to gain three positions at a track where overtaking is difficult, including a late-braking move on Daniel Ricciardo at turn one.

“Of course it is frustrating,” he said. “But given our poor day [on Saturday], I think that was everything we could have done.

“It took me a long time to get past Daniel. He was extremely quick on the on the main straight. It’s not an easy place to get past people.”

“So we’ll just forget this one and go back again in Monaco learn from what we’ve done and hopefully come back stronger,” he added.