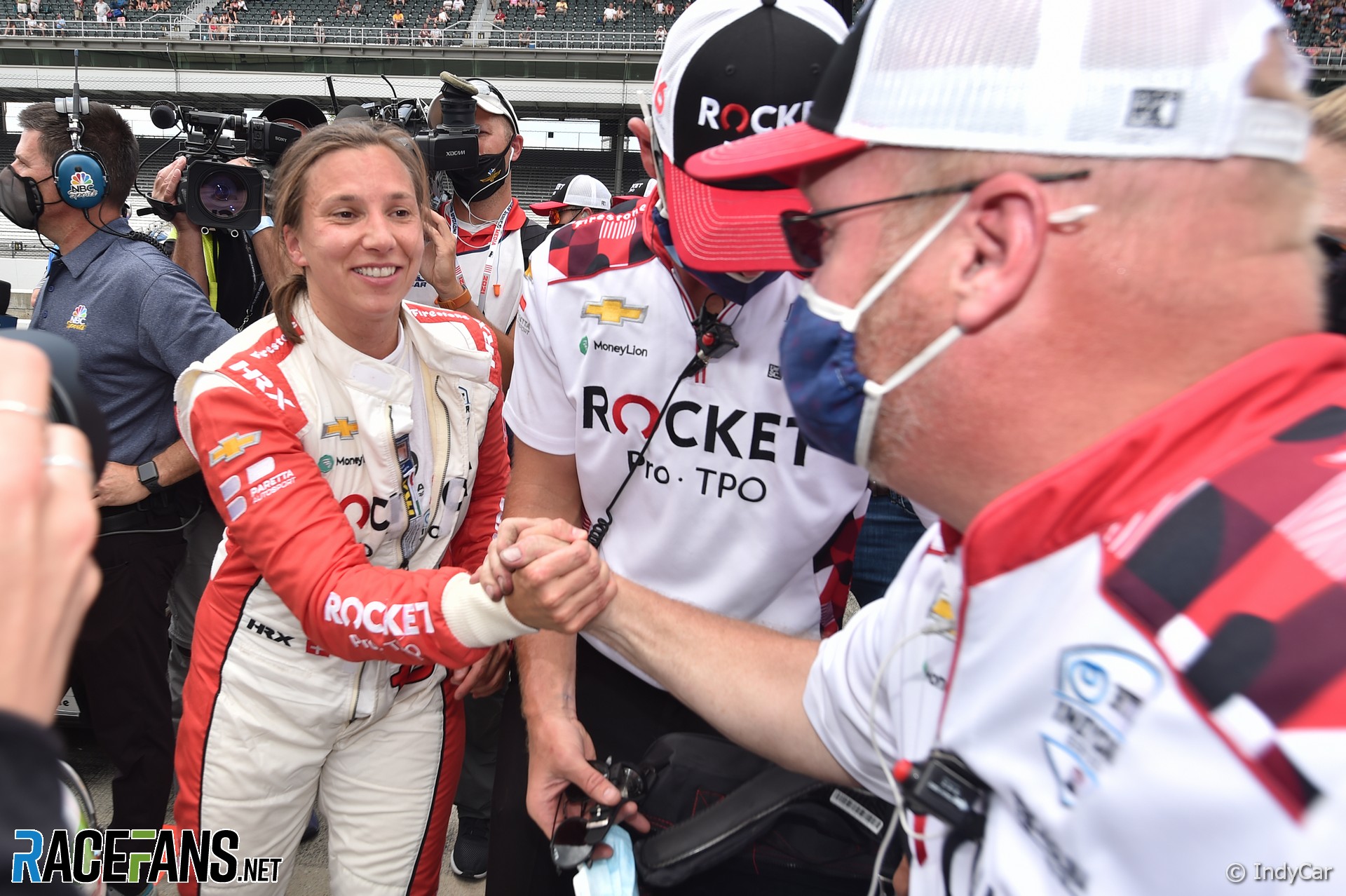 The 11th and final row of the field for the 105th Indianapolis 500 has been set. 2008 Indy 500 winner Will Power, Simona de Silvestro, and Sage Karam have qualified for the race, while Charlie Kimball and rookie RC Enerson were not fast enough to make the field of 33 starters.

In the 75 minute Last Row qualifying session, the results were effectively settled on the first runs for each driver. Karam qualified with a four-lap average speed of 229.156mph, to secure his eighth consecutive Indy 500 start.

Then, Will Power took to the track, in circumstances Team Penske hadn’t experienced since being bumped from the field in 1995. On his final lap, Power brushed the wall exiting turn two with his right-rear wheel, but did not lift – and completed a run at an average speed of 228.876. Following him was De Silvestro, who was consistent on her first run, with an average speed of 228.353.

Track conditions began to degrade by the time Kimball and Enerson made their first runs, each averaging under 228 miles per hour. After 30 minutes without a car on track, Enerson and Kimball each withdrew their first runs to make wholesale car changes and make a second attempt. The cloud cover that rolled over Indianapolis Motor Speedway seemed as if it would provide the conditions both drivers needed to bump their way back in.

Unfortunately, Enerson’s second run of 226.813 mph, and Kimball’s second run of 227.584 mph, were slower than their first attempts – and they were resigned to missing the Indianapolis 500. Kimball misses the race for the first time after successfully qualifying for 10 consecutive Indy 500s, while 24-year-old Enerson will not join fellow Indy 500 rookies Pietro Fittipaldi and Scott McLaughlin in the field.

For the three drivers who qualified, it was relief, and joy. De Silvestro gives female-forward upstart Paretta Autosport their first Indy 500 start in their first attempt to make the race, with technical support from Team Penske. Karam ensured that Dreyer and Reinbold Racing would make the race in every year that they entered since the team was established in 2000. And then of course, there’s the relief at Team Penske after Power secured his fourteenth consecutive Indianapolis 500 start.

If any of the drivers were to win next week’s Indianapolis 500 from the final row of the grid, they would make history – no driver has ever won from the 11th row. Scott Goodyear coming the closest in 1992, finishing second to Al Unser Jnr in a photo finish.

Final qualifiers for the Indianapolis 500: