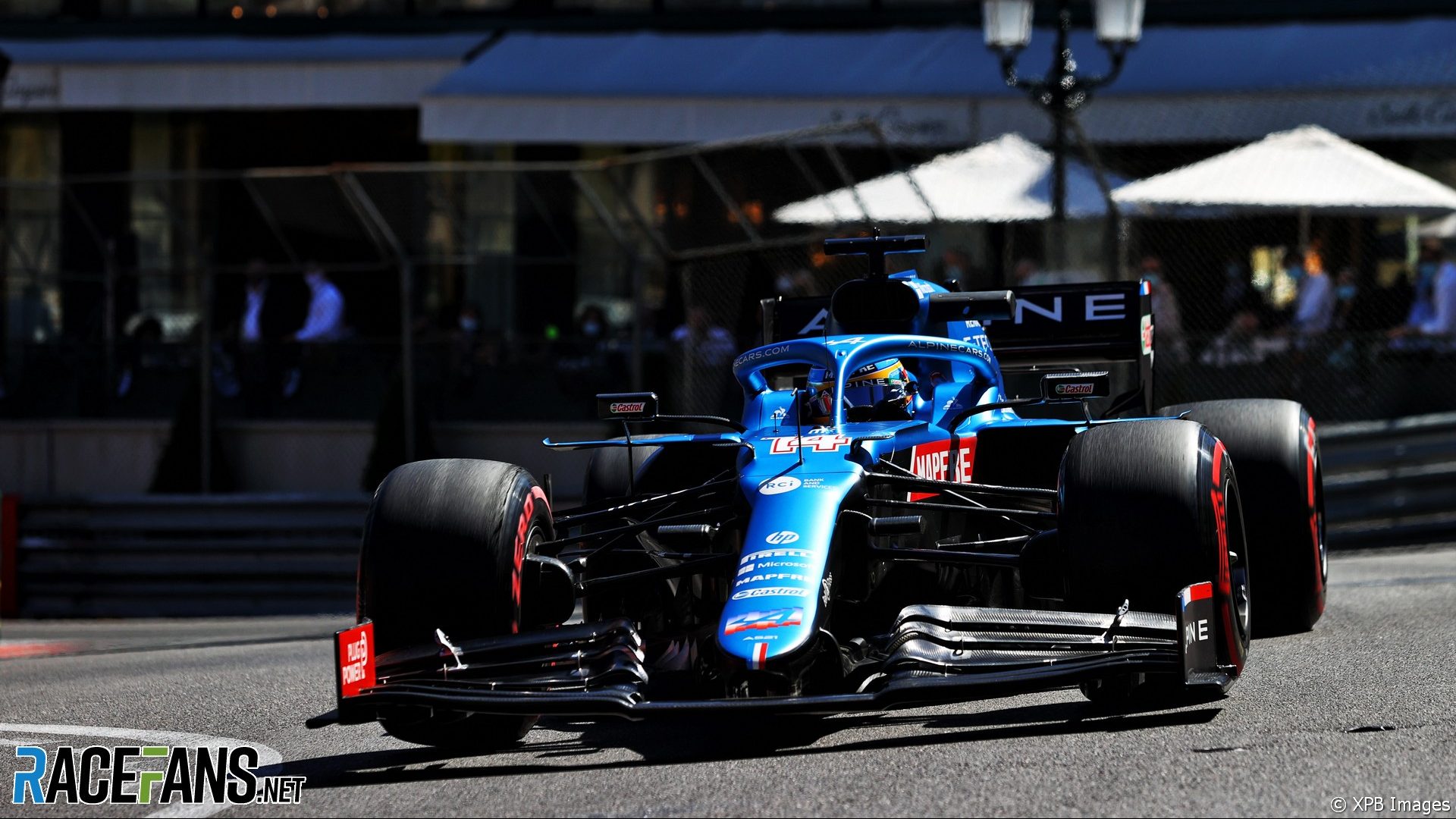 Another processional Monaco Grand Prix last week prompted debate over what Formula 1 can do to improve the quality of racing at the circuit. Alonso suggested creating a special tyre compound designed for low-grip street circuits.

“Probably there is something that the sport needs to study deeper for these street circuits,” said the Alpine driver. “Maybe have a very specific tyre that is not available in any other circuit, it’s just for this kind of street.

“And then maybe in the race, make sure that everyone is using that tyre only, that you don’t have the possibility to put the hard on at any time or something like that so you are only running soft. Maybe special rules for special races are needed.”

Baku “not a favourite” for Verstappen

Max Verstappen expects Mercedes will hold the upper hand at Baku City Circuit, the venue for next week’s race.

“The track is okay but probably not a favourite of mine if I’m honest,” said the world championship leader. “I’ve never been on the podium there so it’s time to change that.

“Let’s see how competitive we are, I do expect Mercedes to come back strong there though.”

Indianapolis 500 pole-winner Scott Dixon headed the final practice session ahead of tomorrow’s race with a best average speed of 228.323mph.

In much cooler conditions, with teams focused on honing their race set-ups, drivers found overtaking easier than it had been in last year’s race. “The racing’s really good,” said Colton Herta, “I hope it’s this cold on race day.”

Joel Eriksson will made his Formula E debut in next month’s Mexico EPrix in Puebla. He will substitute for Nico Mueller, as the Dragon/Penske driver will be competing in the DTM that weekend.

Brawn doubts a flexi wing protest would be successful (ESPN)

"I think the FIA have been pretty consistent with their approach. I'd be amazed if the stewards go against the opinion of the FIA."

"The field is so strong that it doesn’t really matter if you have experience or not. For sure it is a help, but the drivers are at such a high level that it’s difficult to make a difference."

‘He lit the blue touch paper’: Max Mosley’s legacy as a campaigner for a more ethical press (The Guardian)

See what James Vowles said: “The problem with an overcut is that doesn’t exist until Gasly stops. He has to stop to present an opportunity for us to have free air in front of us. He already had a gap to traffic behind, the same gap that we put Lewis into and he wasn’t taking it, which means he wasn’t terribly convinced that they had to stop first, they were waiting for us to stop. I am fairly confident had we waited a lap or two they still wouldn’t have stopped.”

Mercedes were wondering why Gasly isn’t pitting. But no one else on in the pit lane was wondering that or even thinking of pitting early! Everyone in the pitlane knew that with tyre warm-up being a challenge, the undercut wasn’t powerful. If you see the lap times data, it is clear that almost every driver had one or two slow (really slow!) laps right after the pit stop. Even on Saturday, drivers needed multiple laps to get the tyres into the right temperature window.

It seems Mercedes just completely forgot about the tyre warm-up issues. Had they been mindful of that, Lewis would have at least finished fifth, may be fourth.
Sumedh