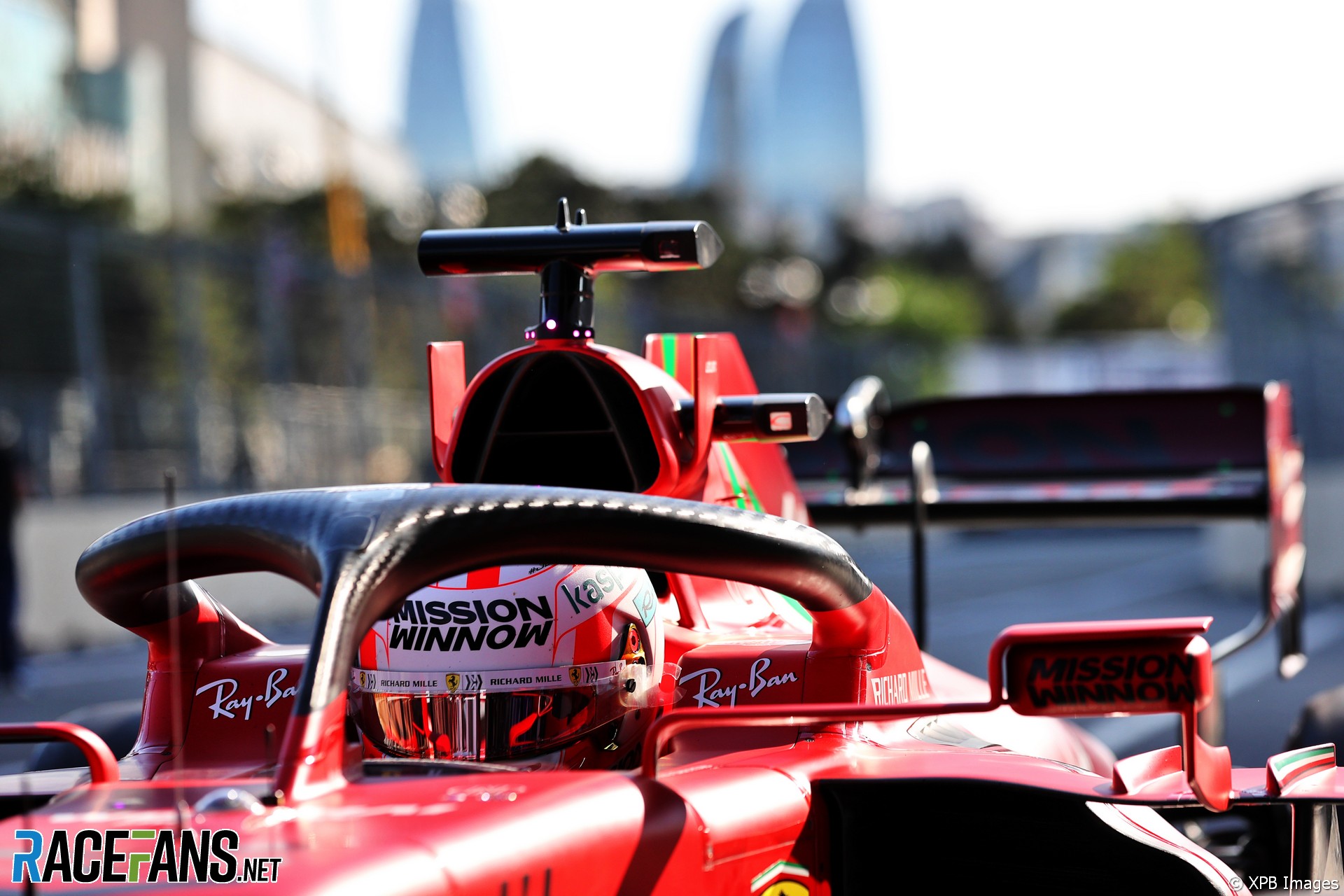 Azerbaijan Grand Prix pole-winner Charles Leclerc admitted he did not expect Ferrari to lead the way at the Baku City Circuit as they did in Monaco two weeks earlier.

Ferrari’s form around the very slow Monaco circuit was widely expected given their slow-corner performance. While Baku also features many slow turns, its long straights were expected to favour Ferrari’s rivals.

But the SF-21s were quick on Friday and backed that up in qualifying. Leclerc’s surprise pole position may have owed something to the fact everyone had to abandon their final runs due to crashes (again), but he had genuine pace and felt he could have improved on his second effort even without a tow.

“The complete explanation I don’t have it,” he admitted after qualifying, “but for sure it’s the result of the guys back at the factory, also the guys here at the track who have been working extremely hard since the beginning of 2020 when we obviously started the season and it was very difficult.

“We kept working and the car just got better and better. It’s small steps all the time but small steps in the right direction and this is not always a given so this makes us competitive.”

Leclerc said Ferrari “did not expect to be as competitive as we were this weekend until now, so this is a bit of a surprise, but we’ve been also working very, very hard for that.”

AlphaTauri returned to their round-one high of being the fourth-quickest team in terms of outright pace. There was just two-thousandths of a second between Pierre Gasly in fourth on the grid and Max Verstappen ahead of him. Though after heading both Friday practice sessions, the Red Bull drivers know they could be further up the grid for tomorrow’s race.

Remarkably, having set the pace in the season-opening race in Bahrain, Red Bull haven’t done so again in any of the five races since.