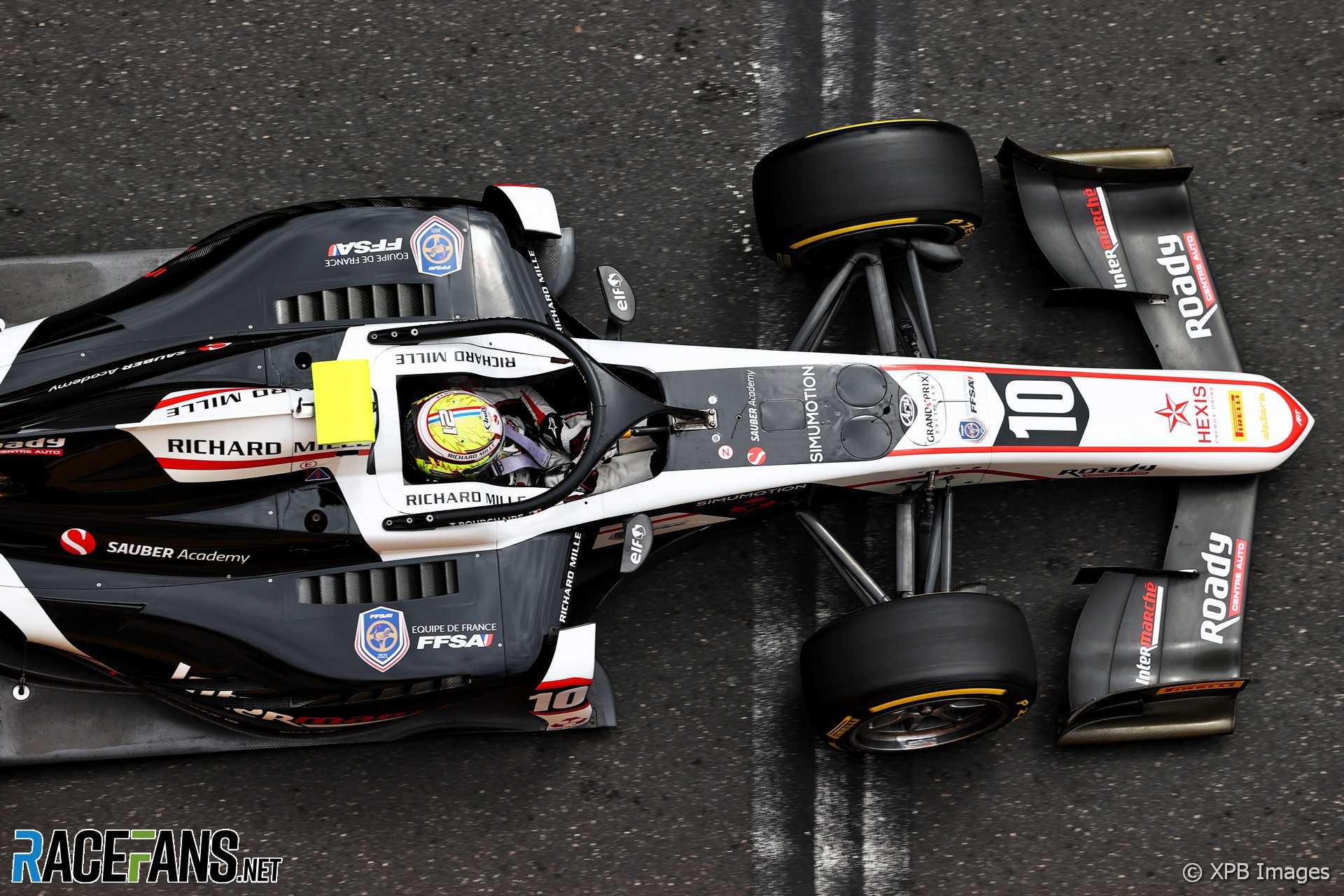 Théo Pourchaire has confirmed he has a broken wrist, following a collision in the Formula 2 feature race this morning

He revealed his injury on social media with a simple statement saying “broken wrist” in English and French.

Formula 2 issued an update saying “The FIA advises that, following an incident during today’s feature race at Baku, Théo Pourchaire has been taken to The Central Hospital of Oil Workers for treatment of a fractured arm.”

Pourchaire was sandwiched between Dan Ticktum and Marcus Armstrong in a collision at turn three on the first lap of the race. Pourchaire initially made contact with Ticktum on his inside, which sent his ART car into Armstrong’s. Both Pourchaire and Armstrong’s races ended there, while Ticktum was handed a 10-second time penalty for the incident.

Following the collision Pourchaire’s car appeared largely undamaged, having gone into a run-off area without hitting the barriers, but he subsequently retired from the race. Pourchaire was later seen holding his left wrist while speaking to medical staff in the pit lane.

There are six weeks until the next F2 race weekend, at Silverstone in July. Pourchaire’s retirement from the race saw him fall from second place in the championship to sixth.

Pourchaire is the youngest driver on the F2 grid, at 17 years old, and became the series’ youngest-ever winner with his victory in Monaco two weeks ago.

DAMS confirmed Armstrong was unhurt following the accident, which sent his car into the TecPro barriers.

“We got a good start in the feature race, picking up a place into turn one, but we were hit into turn three and forced to retire,” he said. “It’s very frustrating, but we have to take the positives and come back stronger.”