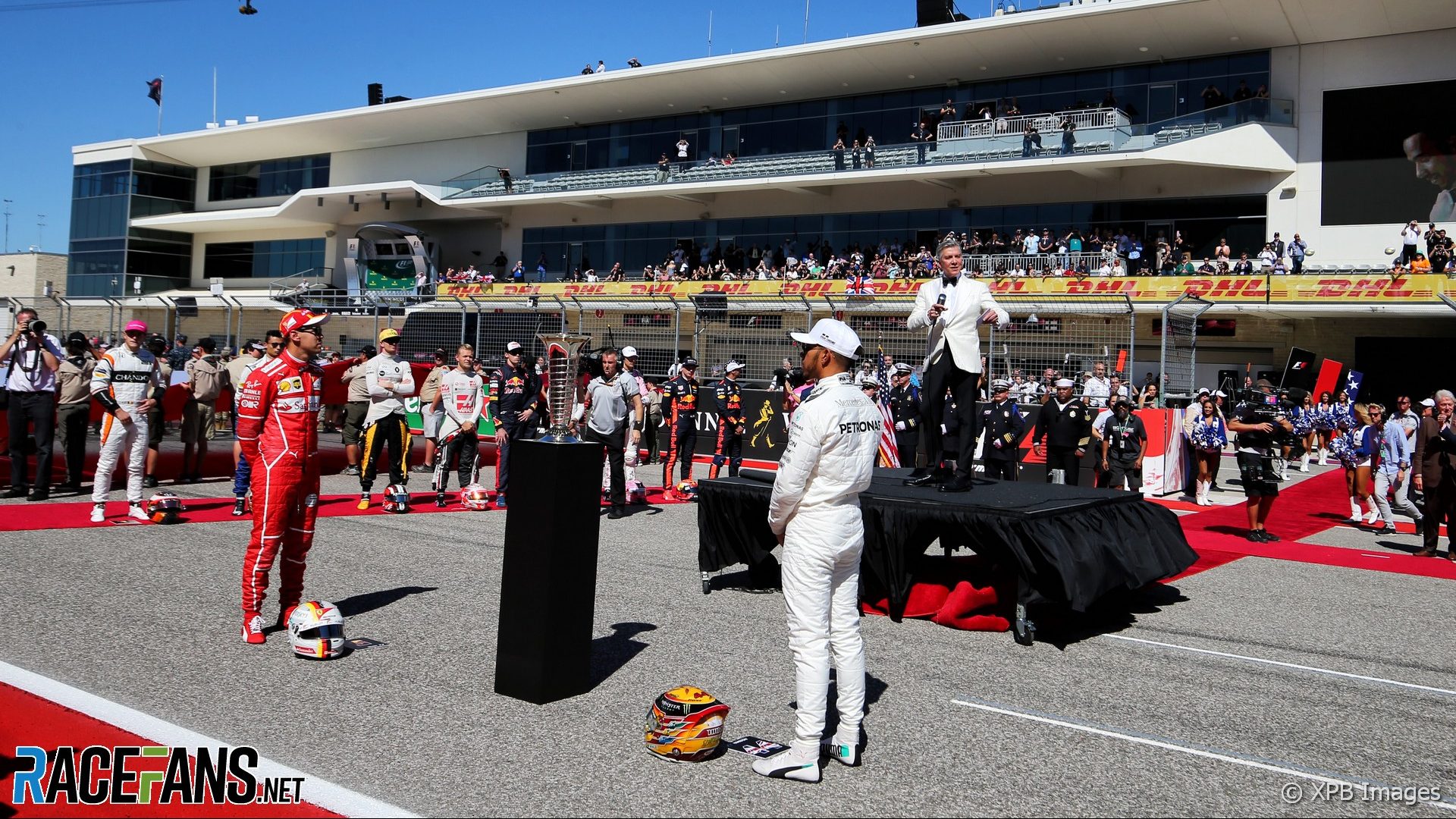 F1 will trial Sprint Qualifying races at three races this year – Silverstone and Monza have already been confirmed, and the Circuit of the Americas is likely to hold the other.

Domenicali told The Times that, if the innovation proves successful, it will be applied to a limited number of especially significant races.

“The idea is to create a sort of grand slam,” he said. “To select a number of races. We need to decide the number of races, in each region of the world, historical or new races on which we can create the grand slam.”

No point getting upset over flag rule, says Mazepin

While Nikita Mazepin is forbidden from racing under the Russian flag in Formula 1 due to the World Anti-Doping Agency’s sanction against the Russian Anti-Doping Agency, the same does not apply to competitors in Formula 2. His compatriot Robert Shwartzman, who won yesterday’s opening F2 race, was therefore awarded his trophy after the playing of the Russian national anthem with his country’s colours on display.

Mazepin said he isn’t concerned by the discrepancy. “Obviously the way it’s been worded is that in any world championship, being Russian, you cannot show your flag. And Formula 2 is not a world championship and F1 is.

“At the same time, I don’t think even if we could have done it, you would see me on the first place on the podium in Formula 1 in the current situation we’re at. So I don’t think we should get too upset about this.”

The Haas driver also clarified recent reports concerning his military service in Russia and its potential effect on his F1 duties when asked by RaceFans.

“I studied in university and the way it works in Russia, there is a mandatory military service and there’s two ways of serving, if you are fit enough,” he explained. “Option one is finishing university and then going for a year.

“Option two is, if you qualify, being fit enough in terms of your fitness results and in terms of studying results, you can go on to something called the elite army, which is served in completely different ways, one day a week and you are learning to be an officer in reserve. It takes three years, but only one day a week. And it’s basically done in a class. And this is what I’m doing for already two years.

“I’m obviously going to continue doing it for one more year to hopefully graduate into an officer in reserve. However, five days ago, I have passed my final exam in university for finishing my first four years and I’m moving on to get their second master’s degree in the coming two years.”

Juri Vips explained the impressive turn of speed which was key to his breakthrough win in yesterday’s second Formula 2 sprint race, which was held in cooler conditions than the morning event.

“We had to change a few things on the set-up, and on the warm-up because it does change things,” he explained. “The Pirelli tyres and the carbon brakes are very sensitive, you have to get them in the right window.

“With the temperature change, you have to change other things too so it was a bit of a challenge. I definitely didn’t nail it this morning, it was a pretty poor race from my side, but we learnt quite a lot and expected the temperature drop so we pretty much nailed today.”

Throttle pedal got stuck before T1. Was a passenger after, I tried my best to avoid all the cars ahead.

Something learnt from Monaco. The sockets in the pit stop wheelguns feature shorter drive lugs, to allow the socket to engage and disengage quicker.
While quicker this means they have less contact area with the lugs on the wheel nut.
Factory/garage wheelgun sockets are deeper. pic.twitter.com/tTSugqB178

Appears to me there are too many clever controls and algorithms going on inside F1 braking systems which are not under the direct control of the drivers. So many world class drivers having ‘amateur’ accidents in Baku , some of whom seemed unaware they were about to crash 🤔

Toto Wolff responds to Christian Horner's "keep his mouth shut" remark on Sky: "Christian is a bit of a windbag who wants to be on camera. It's easy to be punchy when you're on the top of the times sheets but you should be a little bit more modest."https://t.co/XszNE3dAnC#F1

"The decision by Singapore is not particularly relevant to our situation."

The streets bite back (Alfa Romeo)

"Vasseur: 'This has been our best qualifying performance of the year: I know this sounds strange, with one car in P14 and the other unable to set a time, but our pure pace was the best it has been on a Saturday this season.'"

'If it was me, it's a silly mistake but at least the pace was there' - Lawson believes a loss of power cost him a podium (Formula 2)

"'I am not very happy to be honest,' admitted Lawson. 'We have to work out exactly what happened, but I was sitting P6 after one of the restarts and I am pretty sure that I reached down to change brake bias and flicked the engine off, which lost me a couple of spots.'"

The penalty is fair enough.

At first I thought it was harsh given the late call and uncertainty of crossing the solid line again, but the issue isn’t really the extra lap, it’s after he decides to stay out/not dive in, he then speeds up under red flag conditions.

If he’d just kept at the same speed down the straight, he’d probably have got away with it.

He’s not gained any advantage, it’s more of a technical breach of the rules but one where the FIA really have to be seen to issue a penalty to ensure folk give the flags instant and full respect in future. Particularly red where there could be people crossing the track, machinery, medical crews etc entering the track. They can’t really set precedents where ‘x’ was let off.

At least the stewards have shown some leniency and only given three places rather than five. The penalty points are fair given it’s a flag breach.
Mark (@Mrcento)