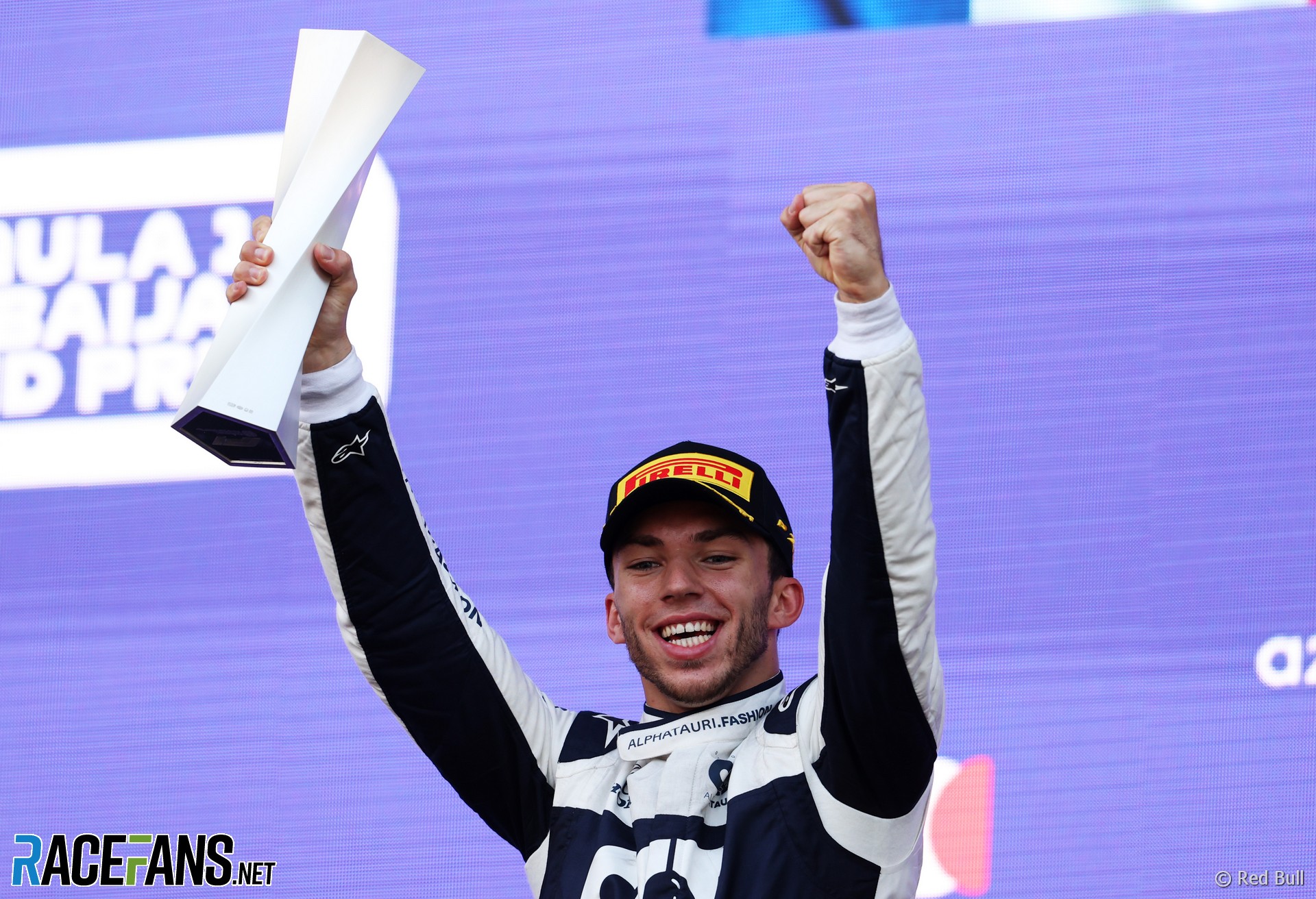 Pierre Gasly was relieved to fend off Charles Leclerc for his first podium finish of the season while coping with an engine problem during the Azerbaijan Grand Prix.

The AlphaTauri driver said he had to cope with a problem on his Honda power unit which left him vulnerable on the long straights at Baku City Circuit.

“From mid-race onwards we had an engine issue so we started to lose performance in the straights,” said Gasly. “That’s when it started to be a bit more difficult for us.”

Having qualified a season-best fourth, Gasly was unsure whether he would be able to finish the race as high. But he claimed third place after a “elbows out” fight with Leclerc over the final two laps.

“I must say I really enjoyed the battle,” said Gasly. “It was intense racing, really hard racing but fair racing as well. I like it and I’m super-pleased for all the guys to get our third podium together.”

Gasly said his engine problem left him with an obvious power deficit compared to team mate Yuki Tsunoda and he knew he would be vulnerable on the straights.

“I need to have a look at the data but [it] was clearly a pretty big difference with Yuki,” he said. “So the guys told me a lot of engine switches to try to limit the damage.

“But I was very strong in the second sector and the straight was very hard, and Seb [Vettel] passed us. I could not really do anything there.

“I knew in the last two laps, whatever I would do, Charles behind would pass me in the straight and that’s what happened. I just got back in the tow and went for it in turn one, he came back at me in turn three and yeah, I had to brake very late. I really pushed my brakes to the limit with Seb. I thought I was going to end in the wall there.

“I managed to stop it somehow, I don’t know how. I was really late braking and with Charles the same. I really wanted that podium. I took some big risks but it was clearly worth it and I’m super-happy.”