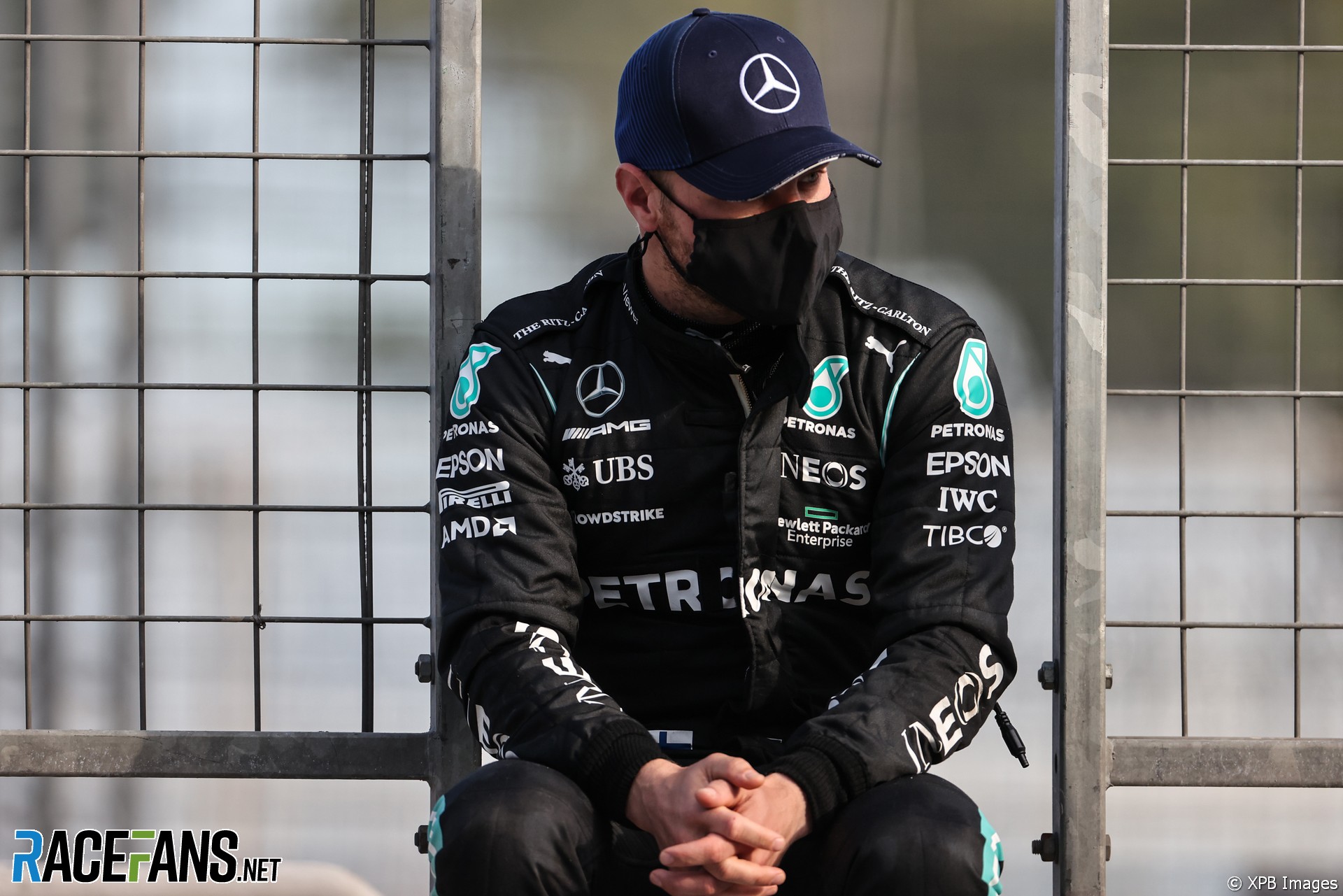 Valtteri Bottas says there was no obvious cause for his poor pace in the Azerbaijan Grand Prix after finishing 12th.

Earlier in the weekend Bottas said there was something “fundamentally wrong” with the car’s performance. He remained baffled by his predicament after Sunday’s race.

“It was actually quite similar feeling to [Saturday], and on Friday really the main issue was lack of pace and just not being quick enough.

“Quite early on in the race I could see that just couldn’t match the cars ahead. Especially when one of the Aston Martins was ahead of me, I just couldn’t keep up. So, I’m confused and it’s really weird.”

The Mercedes cars ran different rear wings in Baku. But Bottas does not believe the variation between his car and and Lewis Hamilton’s accounted for much of the gap between them.

“I think it’s something we need to review, but we know it’s not going to be much, it’s going to be maximum one tenth,” he said. “So I don’t think that’s the key thing, because we started the weekend with the same wing and still I’ve been all the time behind Lewis, [with] quite a bit margin.”

“I can’t remember this kind of weekend,” he admitted. “There’s been weekends that I’ve had bad sessions, but always at some point I’ve had pace.

“But this weekend it’s been all the time. And still during the weekend I haven’t understood what is wrong and I know myself when there’s a limit and I can’t go faster, and then you’re still six, seven, eight tenths behind. It’s not normal. So something we need to understand before going to France.”

Mercedes will conduct a thorough examination of Bottas’ car. He said “the most logical reason” for his poor weekend would be “if we would find something in the car, but if not, then the only thing it must be the tyres.

“But we’re running the same tyre pressures and same temperatures. So I’m keen to find out, but at the moment, I don’t know.”

He is hopeful that a move to more conventional circuits following races in Monaco and Baku will play in the team’s favour. “I thought it should be better than Monaco, but obviously [we’re] just far away from that,” he said. “France, of course, is really, really different. It’s very long corners, high speed corners.”

46 comments on ““Really weird” lack of pace due to car fault or tyres, Bottas believes”