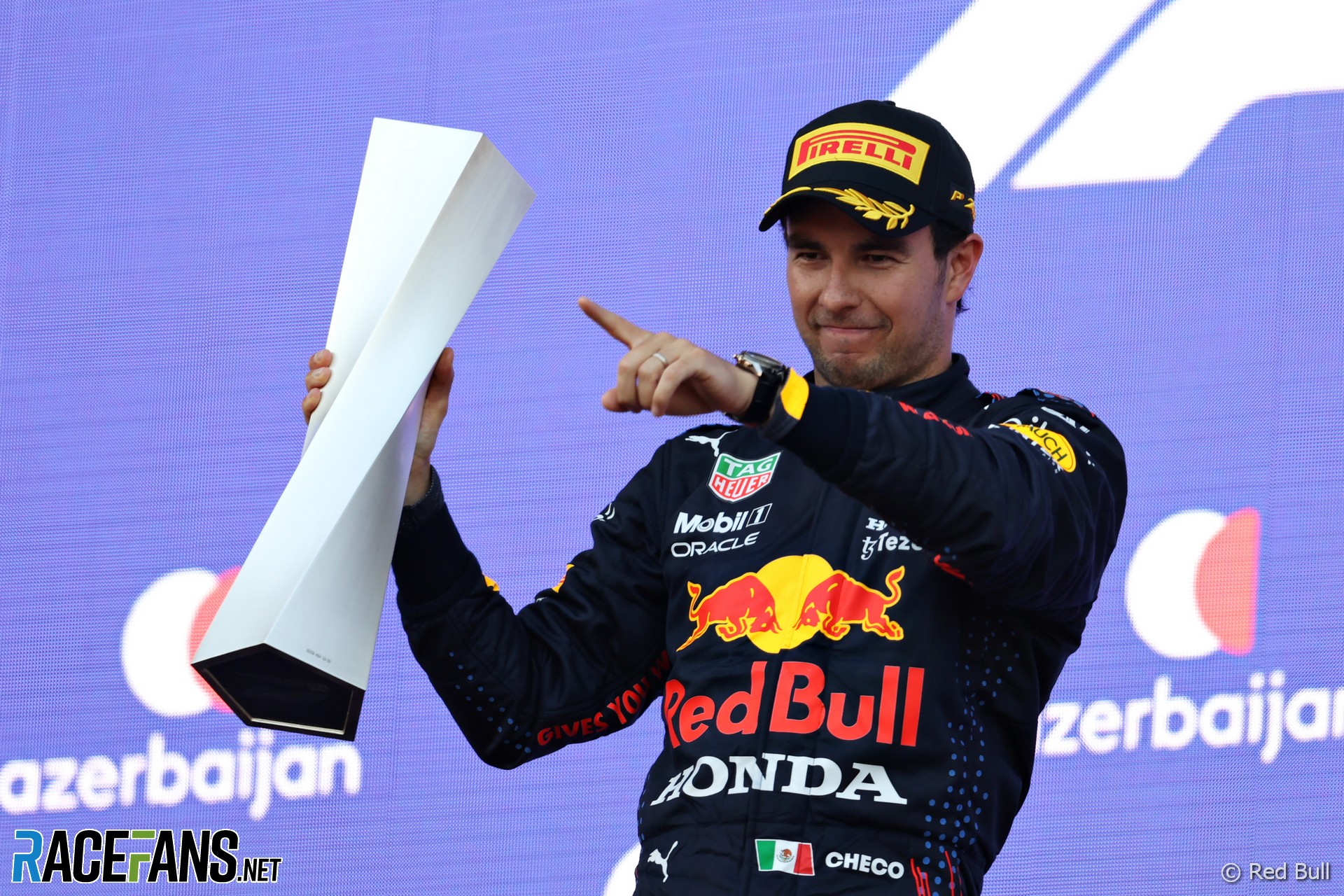 Sergio Perez gave credit to Alexander Albon for helping him get up to speed at Red Bull following his first victory for the team last weekend.

Albon lost his place at Red Bull to Perez following last season. However he is continuing to work for the team in a development capacity during race weekends.

“He’s putting so much work into the simulator with the engineers,” said Perez. “I remember when I came here, you wouldn’t expect for him to be so open, in a way, with me. But he explained [to] me all his issues that he had, how the car works.

“That was very nice since day one to have from him so I really appreciated that and I appreciate the work that he’s putting week in after working with the team with this simulator. This is team work and ultimately we are there thanks to every single individual in this team.”

Perez scored the second victory of his career in the Azerbaijan Grand Prix after team mate Max Verstappen retired when a tyre failure spun his car into a barrier. Prior to that Verstappen had been leading the race ahead of Perez. “I think what Max did was great to see and he really deserved to win,” said Perez.

“He did everything perfect that weekend. He was just very unlucky. So it was really his win.”

After inheriting the lead from Verstappen, Perez had to lead the field on a standing restart with two laps to go. Although Lewis Hamilton got off the front row quicker than him, the Mercedes driver ran wide at the first corner and Perez retook the lead.

The Red Bull driver admitted he was lucky not to get off the line better. “[I was] just trying to do that perfect start and for many reasons that didn’t happen,” said Perez. “But I think in the end, we got lucky with it because who knows what would have happened if we had a good start with Lewis having issues with his brake.

After winning the two-lap sprint to the finish, Perez told Formula 1 CEO Stefano Domenicali “you guys really like the show”.

“He said, ‘well, this is fantastic for the fans’ and so on. It worked well for us but it obviously put a lot of stress just for two laps.”