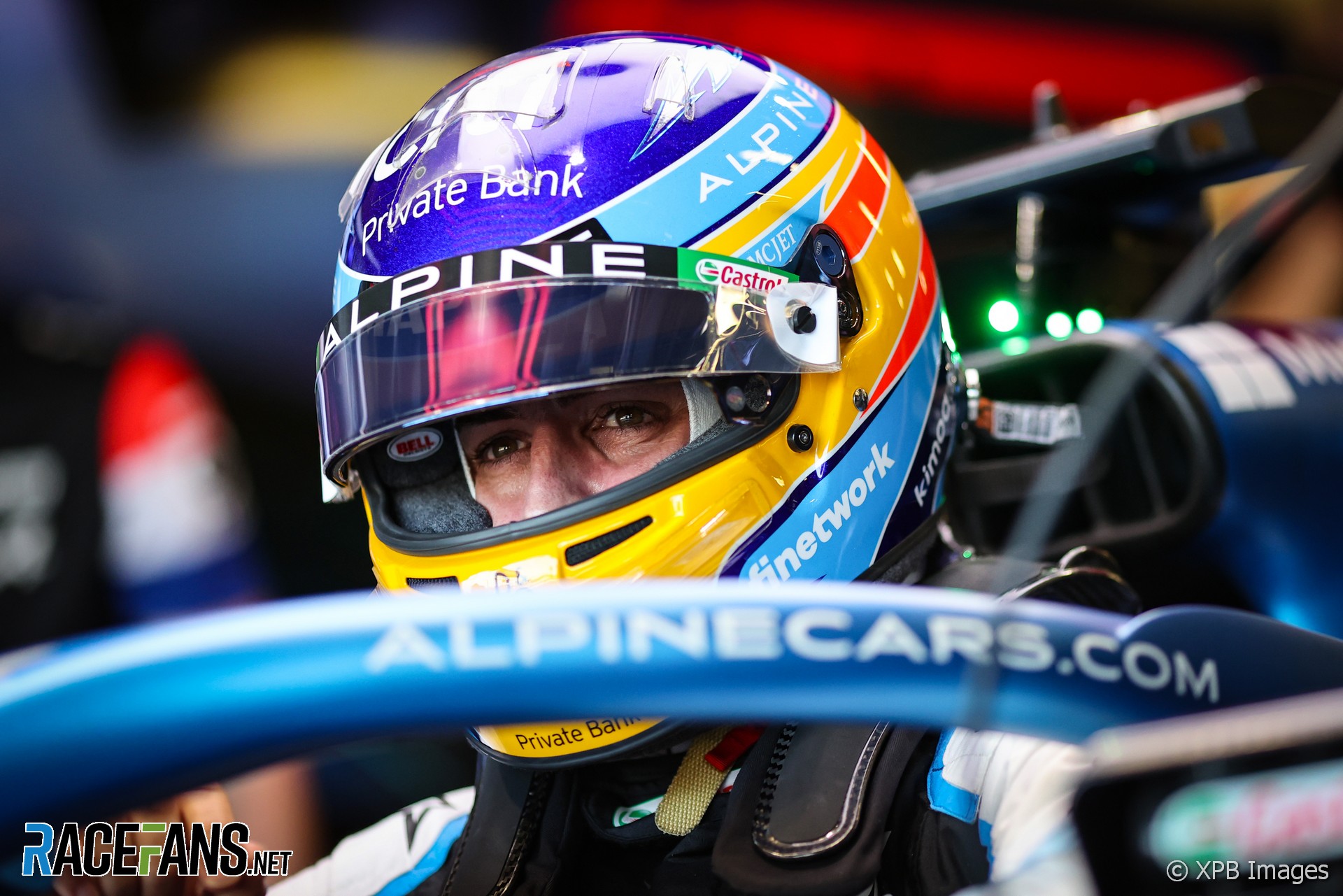 Fernando Alonso showed all the verve of a two-times Formula 1 world champion in the two-lap sprint to the finish which ended last week’s Azerbaijan Grand Prix,”

Having lined up 10th at the restart, the Alpine driver picked off Daniel Ricciardo, Carlos Sainz Jnr and Yuki Tsunoda. With Lewis Hamilton slithering off at the first corner, that secured an unexpected sixth place for Alonso.

It’s his best result since returning to Formula 1 following a two-year absence. But even before Sunday’s race, Alonso said he was enjoying the sport more now than he was when he left.

“In terms of happiness or how I feel coming back, it’s better than I expected,” said Alonso in Baku. “Honestly, I’m enjoying so much every weekend, enjoying driving so much.

“The weekends that we don’t have racing I miss the grand prix. So now that we have three races, France and to Austria, I will enjoy it because I like the back-to-back.”

Alonso left Formula 1 at the end of the 2018 season. Although he left open the possibility of a return, he wanted to take advantage of the opportunity to take part in other series while he had the chance to do so competitively.

During those two years he ticked off several events which belong on any professional racer’s bucket list. Alonso raced from Indianapolis to Dakar, and scooped the top prizes in endurance racing, Alonso feels free to enjoy himself back in F1.

Now he’s back in Formula 1, having had those experiences is allowing him to better appreciate being back in grand prix racing.

“The two years out of the sport was needed for me,” Alonso explained. “After 18 seasons in Formula 1 non-stop, full dedication. It was too demanding at one point.

“I had in my head other challenges with Le Mans, with Daytona, with the World Endurance Championship possibility, et cetera. I had to do those in a way and tick those boxes to to be happy and to be free to come back and enjoy it.

“Until I was not doing those challenges, I felt that I was losing time in F1 for some of the last seasons before ’18. Once those challenges were completed, now I’m freer, in a way, to enjoy every weekend here.”

He has also enjoyed a smooth reunion with the team which, as Renault, he scored his two world championship successes. “I think the team is amazing,” he said.

Alonso hasn’t had a race-winning car under him since his penultimate year at Ferrari, in 2013, when he came second to Sebastian Vettel in the championship. Racing in the midfield is “a completely different sport”, he says.

“All you do when you have a package that will not win the championship, is to get ready for that moment. You just make sure that you are improving every single day, all the weaknesses of the car, the weaknesses of your driving style, the start procedure, the pit stop, all the things around the weekend that must be ready when you have a competitive package eventually, one day.

“So you know, when you have a winning possibility car. I think that’s the magic of the sport until that day is just a preparation for that moment, so you change a lot in how you approach the weekend.”

Alonso’s rejuvenating spell outside Formula 1 also brought his only victories since 2013. For a driver as competitive as Alonso, this also provided vital extra motivation.

“This is very similar for competitive people, they love to win in whatever [they] do in life,” he said. “It’s not only related to F1 or motorsport.

“I think once you’ve tasted the victory, then you will hate losing for the rest of your life. And that’s enough motivation, I think.”