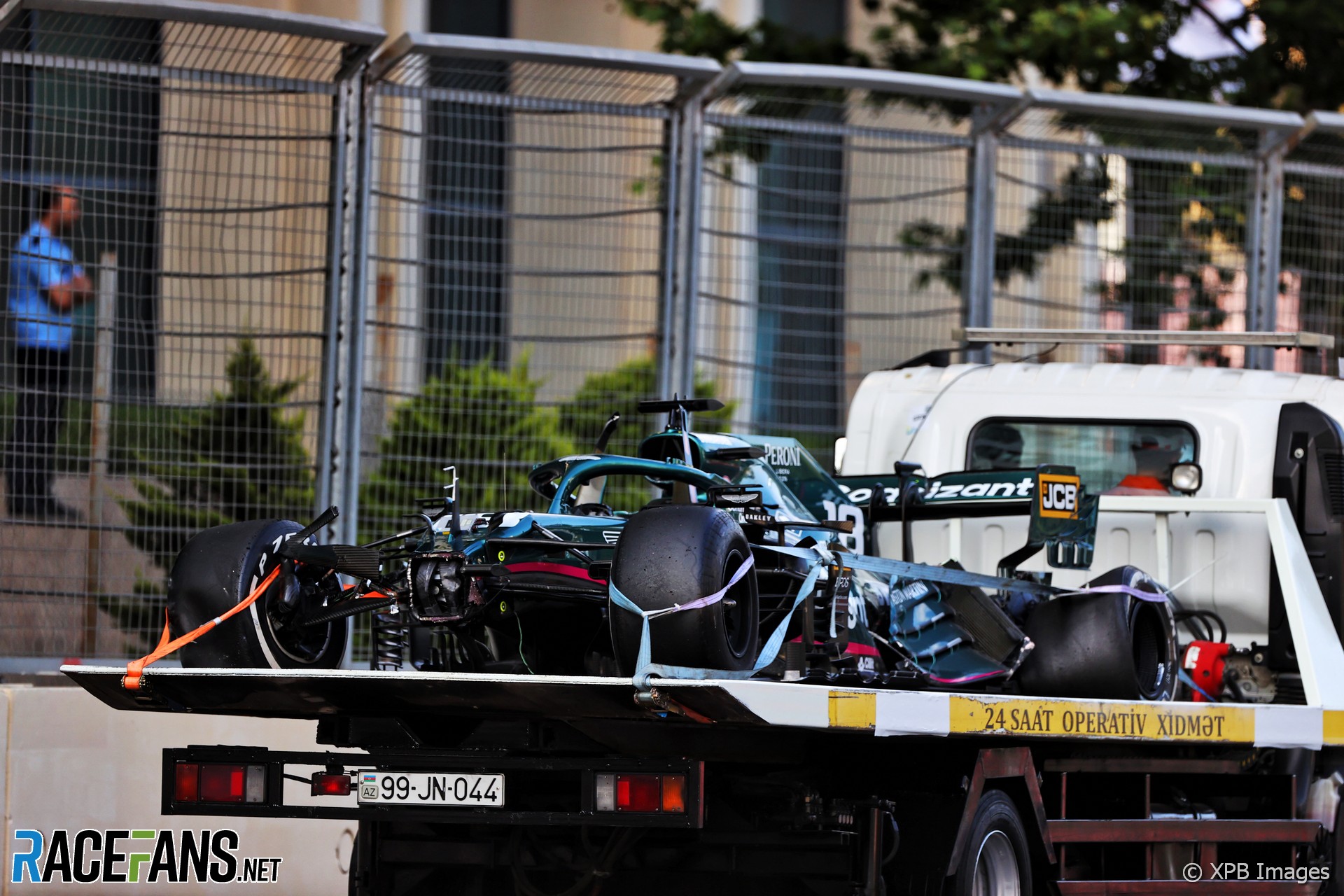 Max Verstappen and Lance Stroll say they were lucky their tyre failures in the Azerbaijan Grand Prix did not cause more serious crashes.

Both drivers crashed following near-identical left rear tyre failures approaching the fastest point on the circuit. Stroll crashed at the exit of turn 20, coming to a stop at the start of the pit entry, while Verstappen hit the wall further down the straight.

Verstappen said he was “actually quite lucky to hit the wall on the right-hand side instead of the left, because I think if I would have gone left, it would have been a really big impact.”

Had Verstappen’s car spun left, he could have hit the barrier at the pit lane entrance. Others have raised concern over that section of track: Prior to the race weekend Nico Rosberg described it as “dangerous”.

“Of course, I was really upset and disappointed to not win that race but on the other hand, I was also, as I was quite lucky there in that instance,” Verstappen added.

“It happens, it’s racing, of course things can happen. But these kind of things you don’t want to happen.”

Both drivers also experienced tyre failures during 2020: Verstappen at Imola, Stroll at Mugello. The Aston Martin driver admitted his latest incident had frightened him.

“It’s never fun having a blow-out at those speeds,” he said. “It’s always scary.

“It’s happened to me twice now, in Formula 1 [at] properly at a high speed, very unexpectedly; in Mugello back in September and then again last weekend. It’s not fun, but I think it’s one of those things you have to just put it behind you. It happened and [I’m] getting back in the car this weekend.”

Following his crash, Stroll was heard on his radio calling for a red flag as he was concerned his car had come to a stop at the exit of a corner near the racing line.

“I wouldn’t say [I was] fortunate to have it on that part of the circuit because it was still a dangerous place on the circuit to be stopped,” he said.

“I was a little bit worried because it’s after turn [20], which is a high-speed corner and if you’re coming through that corner, you can’t really see the car in the wall behind the corner. So I was a little bit concerned about some cars approaching me.”

“I was lucky I didn’t have it on a place on the circuit where it could have been a much bigger impact,” he added. “I didn’t hit the wall hard, and I was quite lucky with where it happened. It was just a high speed spin really with some contact but I’m all good.”