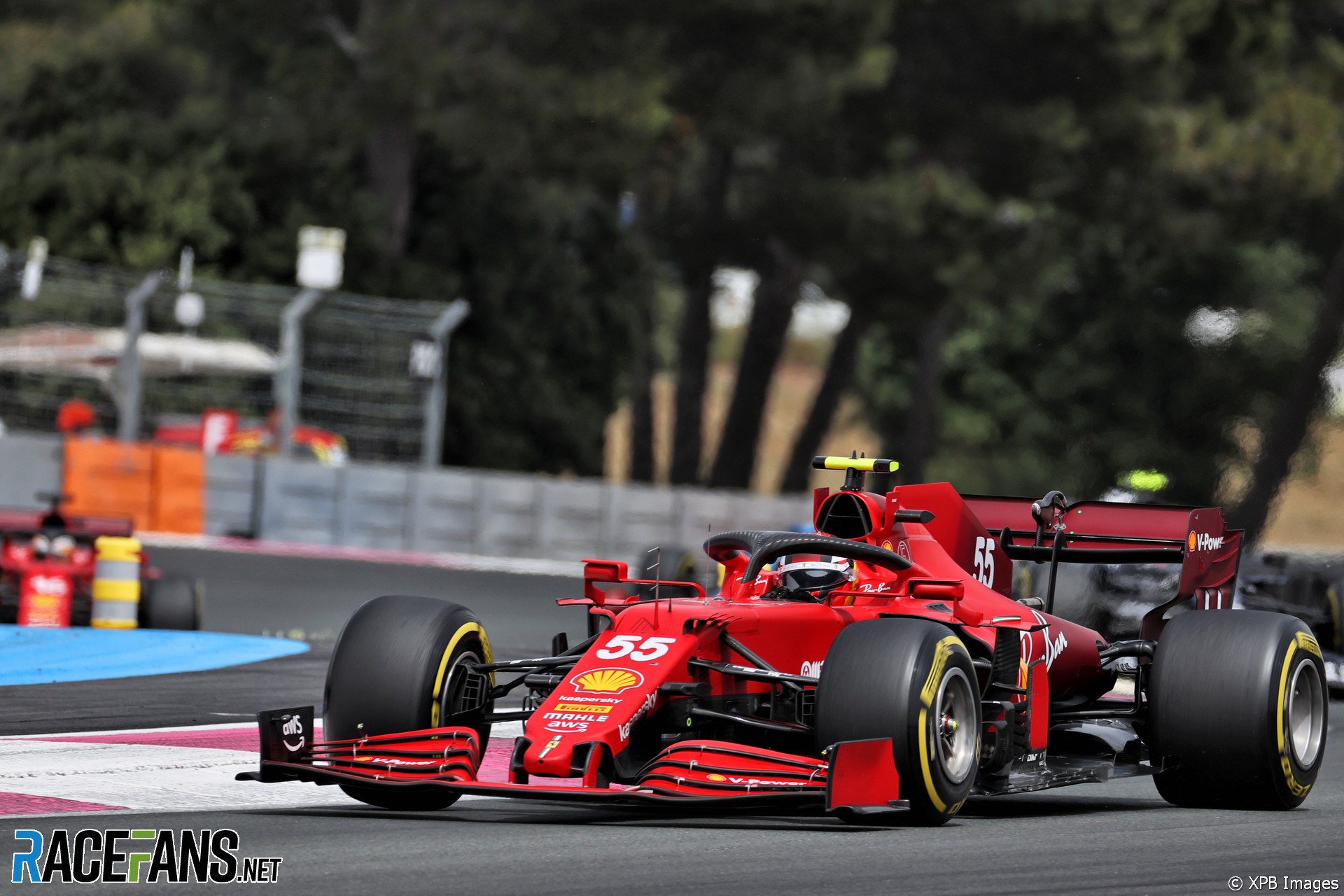 Carlos Sainz Jnr says Ferrari is already hard at work on the causes of its poor performance in last weekend’s French Grand Prix.

He and team mate Charles Leclerc both qualified in the top seven but finished out of the points at Paul Ricard as their handling deteriorated during the race.

Sainz admitted the team is unlikely to have a problem in the neat future and it is likely to remain a limitation at certain tracks.

“It’s been only three days since we had the issue and obviously you can imagine as a team we were quite surprised by it,” he said. “But in some way also we kind of knew we are exposed to this sort of degradation in the front tyres for a while now.

“It’s quite interesting to see how such a big factory, such a big organisation launched its plan to recover and to try and find out how we are going to try and tackle and solve this issue. I’ve been quite involved in all the meetings, in all the discussions to see how we can get it better. I’ve been spending these last three days in Maranello and we’ve definitely put together a plan for the short, medium and long term to try and see if we can get it better.”

Ferrari’s weakness is particularly acute at circuits where the front tyres are the biggest limitation on car performance, said Sainz.

“On Friday it was actually pretty warm, the track was in decent condition and we didn’t see any indications that the front was going to be a limitation. But suddenly on Sunday with the track condition change it was a very big issue.”

Due to restrictions on car development, Ferrari team principal Mattia Binotto believes the team will not be able to fully fix their weakness this year.

“I agree with Mattia, it’s not like in three days we’re going to solve the problem,” said Sainz. “So we’re going to be exposed to conditions and to track changes. But we can do something to start learning.

“We need to experiment with different set-up directions, different configurations that we can put in the car to at least in the short term mitigate the problems and there’s already very big investigations being launched in the medium and long-term to try and solve the issue back at the factory.”