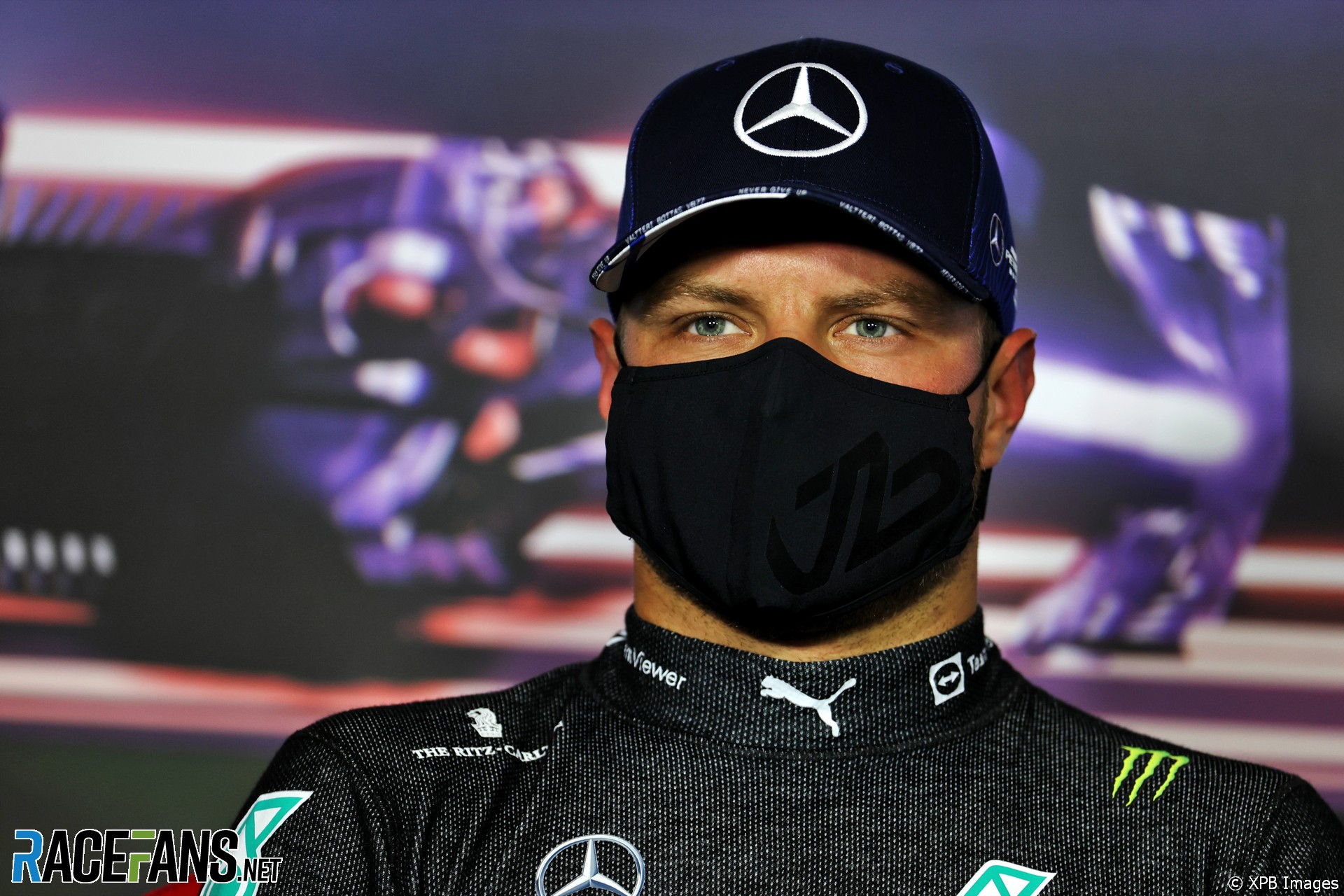 Valtteri Bottas said his three-place grid penalty for the Austrian Grand Prix was provoked by complaints from his team’s rivals.

The Mercedes driver was penalised after spinning in the pit lane during second practice. Bottas said he did not expect the stewards to punish him for the error.

“My personal view is it’s quite harsh,” he said. “I never imagined after that there would be a penalty.

“But of course, other teams, when they see the opportunity, they complain that it’s dangerous, et cetera, so that we would get penalised. That’s how it goes, everyone is always trying to screw you over in this sport.”

The stewards ruled Bottas caused a “potentially dangerous” situation when he lost control of his W12 while accelerating out of his pit box. “For sure it can be dangerous situation if there’s many people in the pit lane,” Bottas admitted.

Bottas told the stewards the team had been experimenting with pulling away from the pit box in second gear in order to improve the speed of their exits. “It definitely caught me out,” he said. “I never imagined that would happen on the pit lane.

“But we decided to try something different, launch with the second gear because sometimes with the high gear, you have a lot of revs and maybe you can manage the wheelspin or the initial part is not so aggressive. But then once I got the wheelspin, it really caught me out.

“I don’t know, perhaps the line on the pit lane was still slightly damp from the drizzle. I just couldn’t hold it, obviously. Quite a different behaviour for the second gear to the first gear.”

Bottas’ team mate Lewis Hamilton confirmed he had not tried the same technique.