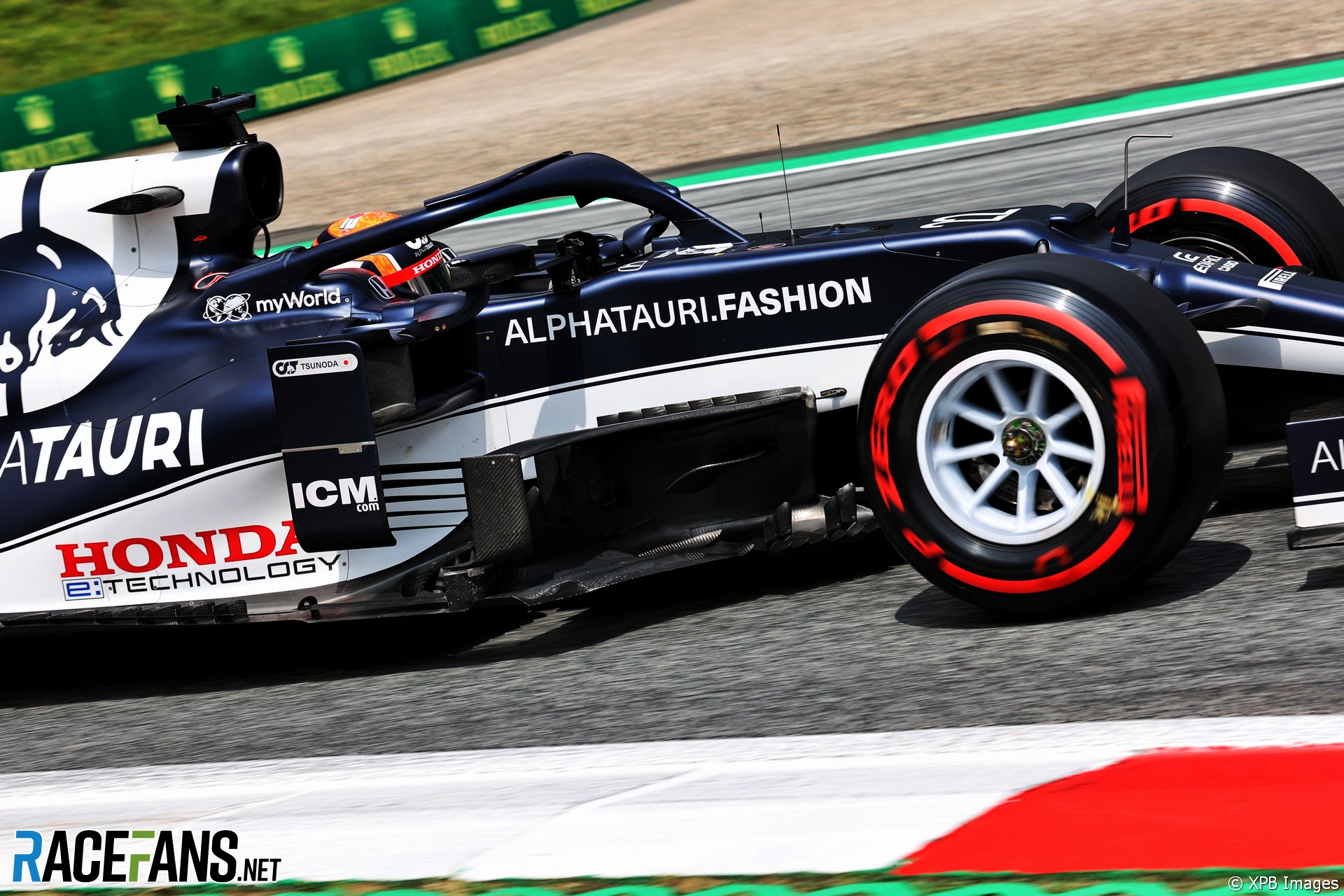 Yuki Tsunoda has been given a three-place grid penalty for the Styrian Grand Prix for impeding Valtteri Bottas during the final stage of qualifying.

The AlphaTauri driver will therefore fall from eighth place on the grid to 11th. The stewards acknowledged his team failed to warn him that Bottas was closing Before he delayed the Mercedes at turn four.

“There’s just a little bit of a crest before turn four, it’s quite blind, and also honestly I didn’t hear from the radio,” Tsunoda explained. “At the point I saw him I was already in the braking zone.

“Once I tried to go inside to let him go, like I said, he was braking already. So I expect if I go now to the inside, I think he also tried to overtook from inside, so it’s going to be a big shunt. So the only way to go was only straight and let him go.”

Tsunoda said Bottas, who went on to finish qualifying in second place, was not significantly delayed by the incident.

“To be honest I saw the video and he was not close, I think, and I don’t think I’m ruining too much his lap time. But I don’t know, it depends on the stewards.”

In their judgement on the incident the stewards acknowledged the team had been at fault but said Tsunoda should have been aware of the car catching him.

“Car 22 [Tsunoda] had just completed a fast lap and had communication from the team that he was now on an in lap,” they noted. “The team did not warn car 22 of the approach of car 77 [Bottas] on a fast lap.

“Car 77 approached car 22 at the entry to turn four. Car 22 was on the racing line and while he attempted to move off the racing line to the outside he did impede car 77 unnecessarily.

“It is the responsibility of every driver to be aware of faster cars when they are on a slow lap. The team should have assisted the driver in being aware of the approaching faster car but such lack of communication is not an excuse for the driver.”

In addition to his penalty, Tsunoda was also given the second endorsement point on his superlicence.

26 comments on “Tsunoda given three-place penalty for impeding Bottas”