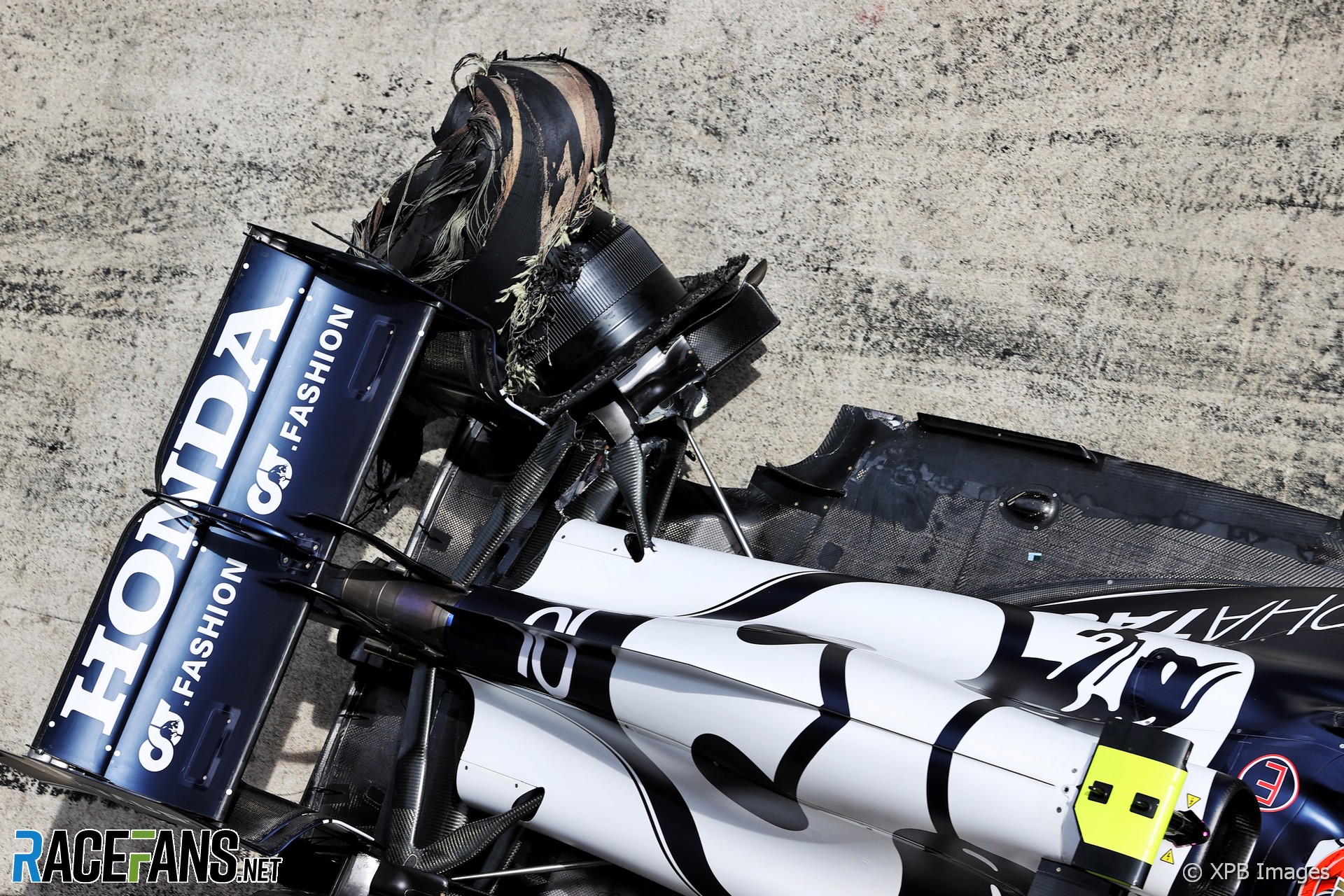 Formula 1 race director Michael Masi says there was no need to investigate the contact between Charles Leclerc and Pierre Gasly which ended the AlphaTauri driver’s race.

The pair made contact as they accelerated away from turn one on the first lap of the race. As Gasly drew ahead of the Ferrari, Leclerc moved in behind him, but struck Gasly’s left-rear tyre. That caused a puncture and subsequent damage which ended Gasly race.

The AlphaTauri driver was involved in further contact at turn three with Antonio Giovinazzi and Nicholas Latifi. Masi said the contact between Gasly and Leclerc was “looked at as part of the lead-up” to that subsequent incident.

The contact “was deemed one of those that was a first lap-type matter and, considering the whole situation, it was noted but no further investigation was necessary.”

Leclerc had an eventful race which included further contact with Kimi Raikkonen and Fernando Alonso. He believes the Gasly incident occured because the pair chose the same moment to position themselves behind other rivals.

“Basically, I was on the left of Pierre, I think he was trying to take the slipstream of the guys that were slightly to his left, went to the left at the same time that I was trying to get behind him and we just got surprised, both of us, and we had contact. Very small contact, but then had big consequences for both of us.”

Leclerc damaged his front wing in the incident and had to pit for a replacement, but went on to finish seventh.

Gasly said a penalty for his rival would have made no difference to his race. “At the end of the day I don’t really care because our race was over already so it’s not going to change anything whether there is a penalty or not.

“But obviously I’m very disappointed because the car was good all weekend, we had a great quali and I think there was a good opportunity to score big points.”

“I’ve done one lap on four tyres and then the rest of the lap I was either on three or two,” he added. “It was a small contact with Charles and then the tyre blew up and that was it. Very frustrating.”